(Minghui.org) Falun Gong practitioner Mr. Bian Lichao, a teacher at the Kailuan Tenth Middle School in Tangshan City, Hebei Province, was sentenced to 12 years in prison by Lunan district court in Tangshan, for making Shen Yun DVDs and posters. Mr. Bian stated publicly in court that police tortured him during an interrogation so as to extract a confession. They also threatened to arrest his wife and daughter. 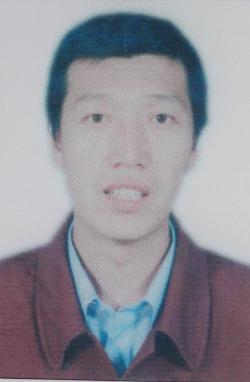 In view of the violations of public security personnel in Tangshan City, Mr. Bian’s attorney has appealed to the higher court, requesting the court to reverse the verdict and to declare the defendant not guilty. The attorney also requested the court to investigate offenders for criminal liability in the unlawful deprivation of religious freedom of citizens. The attorney also asked the court to investigate Lunan State Security police officers Li Biao and Jiang Jianjun for the crime of fabricating evidence and privately dividing the confiscated property.

Mr. Bian is an outstanding teacher at the Kailuan Tenth Middle School in Tangshan City. He had taught for over 20 years and gained great respect from the teachers and students at his school. He has repeatedly been honored as an “Outstanding Employee.” Since the CCP started to persecute Falun Gong in July, 1999, school authorities deprived him of his “Outstanding Employee" honor because Mr. Bian refused to give up his belief in Truthfulness-Compassion-Forbearance. Even so, Mr. Bian has not complained and continued to do excellent work.

On the morning of February 25, Mr. Bian was arrested by Lunan district police officers in Tangshan City and detained in the second detention center, where he was interrogated and tortured by local police officers. On July 26, Tangshan City Court tried him for making Shen Yun DVDs and posters.

Mr. Bian’s wife, Zhou Xiuzhen, is not a Dafa practitioner but was also arrested and detained with her husband. Police officers ransacked their home and confiscated a great deal of personal property. They also confiscated over 100,000 yuan in cash. The police didn’t show any IDs nor provide a list of the personal property taken. When the court tried Mr. Bian, they deprived Ms. Zhou of her right as his family member to sit in the court.

During the trial, Mr. Bian exposed the tactics that Ren Weijian from Lunan Procuratorate used to obtain “evidence.” Mr Bian said, “They threatened to harm my wife and my daughter and to arrest my wife and daughter if I denied the charges. They also called a false witness and used evidence not relevant to the charges.”

Mr. Bian’s defense attorney rejected the allegations of the prosecutor one by one from the legal aspect of the evidence in its legitimacy, authenticity, and relevance. Throughout the trial, Chief Judge Wang Jian and jurors tried to stop the attorney’s cross-examination and concluding defense statement. In the end, the defense attorney pointed out that Lunan public security personnel in Tangshan City should be investigated for criminal responsibility for discrimination and the crime of privately dividing confiscated property. He also asked the court to declare the defendant not guilty and order his release.

Before Mr. Bian made his final statements, he spoke directly to all public security personnel in the court: “It is not wrong to believe in Truthfulness-Compassion-Forbearance! I hope all of you will make the right choice when it comes to the crucial issue of right and wrong and have a bright future.”

However, under orders from the CCP, contrary to the facts, and trampling the rule of law, the court sentenced Mr. Bian to 12 years in prison. Mr. Bian immediately appealed. At this time, the case has been filed in the second chamber of Tangshan Intermediate Court.

Mr. Bian’s wife also sent a letter of appeal to various departments in Tangshan City to accuse the National Security Police officers from Lunan of deceptively accruing over 100,000 yuan from Mr. Bian’s family when they arrested the couple.

“The Importance of Looking at Things with Righteous Thoughts ”