(Clearwisdom.net) At around 6 p.m. on February 26, 2011, Mr. Qin Yueming's wife received a phone call from Jiamusi Prison informing her that Mr. Qin had suffered a sudden heart attack and died. She was summoned to come to the prison to finish a “necessary procedure.” Mr. Qin's family went to the prison on the afternoon of February 27.

Not long ago, Jiamusi Prison set up a “Harsh Management Team” for the purpose of reaching an 85-percent “transformation” rate among Falun Gong practitioners. Since February 21, selected practitioners have been handed over to the “Harsh Management Team.” They were not allowed to bring with them any personal belongings or daily necessities. Every practitioner is watched by several prisoners, and under constant pressure every day to write statements renouncing Falun Gong. All of their rights have been taken away, including family visitation, phone calls, purchasing daily necessities, etc. Mr. Qin Yueming was transferred to the “Harsh Management Team” on February 21, and died six days later.

Prior to his last incarceration, Mr. Qin was sentenced to three years in Yichun Forced Labor Camp in October 1999. In April 2002, Mr. Qin was arrested again. Meng Xianhua, head of the 610 Office ordered guards to torture Mr. Qin using beatings, verbal haranguing, tying him to a tiger bench, tying him up with ropes, and other abuses. The torture left Mr. Qin with broken ribs and a fractured leg. He was unable to walk.

Later, Mr. Qin was sentenced to 10 years in prison, and sent to Jiamusi (Lianjiangkou) Prison. 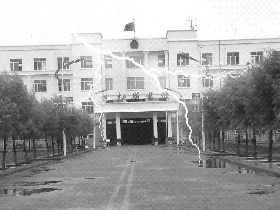 “Selection from Call for Articles: Resisting the CCP's Persecution While in the Hunan Province Women's Prison”

“Mr. Shi Hongbo from Dalian City Dies as a Result of Persecution (Photos)”