(Minghui.org) A woman in Jiamusi City, Heilongjiang Province, recently learned that her appeal to the higher court to overturn her unjust sentence for practicing Falun Gong has been turned down. 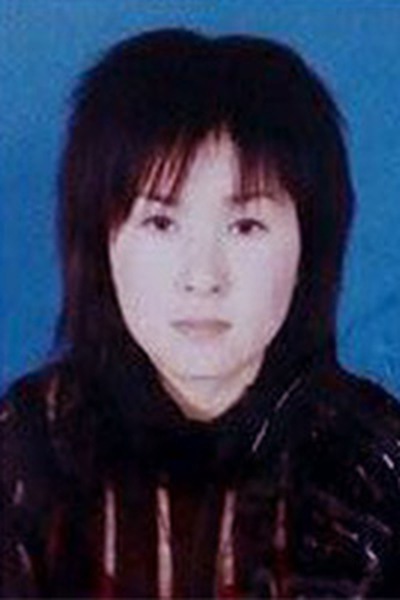 When her family filed the appeal with the Jiamusi City Intermediate Court, they also demanded the higher court hold the judge of the lower court, Song Tao, accountable for denying her her right to freedom of belief.

On February 24, 2022, one of Ms. Liu’s family members, who applied to represent her as a non-lawyer defender in the appeal case, visited judge Zhao Lu of the higher court to discuss the case. Zhao seized the family member’s notes and insisted on keeping it as the formal defense statement. Zhao and her clerk, Liu Tianyang, also deceived the family member into signing a written record of their discussions.

When Ms. Liu’s family defender made repeated requests to visit her in the Jiamusi City Detention Center, Zhao claimed that she either needed to discuss it with other court officials or the visit had to be approved by the detention center (which had directed the family defender to her).

In addition, due to Ms. Liu’s family defender’s previous unrelated appointments in February and March, she asked Zhao to postpone Ms. Liu’s hearing, to which Zhao agreed. But on March 21, Zhao called the family defender and informed her that she had decided to dismiss Ms. Liu’s appeal and that no hearing would be held.

Complaints Against the Police and Prosecutor

Police officer Wu Bin beat Ms. Liu during her interrogation after her arrest. Her family filed complaints with the Jiamusi City Police Department, procuratorate, and disciplinary department. None of the agencies agreed to take up the case and gave the family the runaround. They told the family to either provide evidence of the abuse or get Ms. Liu to report the case herself, either now or after she is released.

While some of the employees of those agencies were shocked to hear what had happened and appeared sympathetic, most of them encouraged the family to drop the complaints, as there was “no way” they could win. Some also hinted that it was quite normal for the police to beat suspects.

The family also reported the police brutality to prosecutor Li Lifeng of the Xiangyang District. They urged him to investigate and have Ms. Liu’s case dismissed. When Li still indicted her, the family also filed complaints against him.

After Ms. Liu’s case was moved to the Xiangyang District Court, presiding judge Song Tao kept refusing to meet with her family. The family submitted several complaints against officer Wu and prosecutor Li. They also demanded to review her case document, to visit her in the detention center, and to have her acquitted. Song ignored all their demands and sentenced Ms. Liu to prison.

Although the Municipal Disciplinary Supervision Commission acknowledged on January 17, 2022, that they had initiated an investigation into prosecutor Li, they denied ever receiving the family’s complaint letter when they followed up with a phone call on March 7. Because the disciplinary commission doesn’t have public office hours, the family could only make phone calls, most of which went unanswered or were hung up.

The family went to the disciplinary commission’s office building, trying to talk to someone in person but were stopped at the gate, because they didn’t have the smartphones to show their “Health code” developed by the regime for pandemic surveillance.

Heilongjiang Woman Sentenced to 3.5 Years for Her Faith

Woman Detained for Her Faith, Family Seeking Justice for Her

Heilongjiang Woman Beaten During Interrogation, Faces Prosecution for Her Faith

“Enhanced Wisdom After Reciting the Teachings”