Home > Persecution > Accounts of Persecution
Woman Detained for Her Faith, Family Seeking Justice for Her
Nov. 4, 2021 | By a Minghui correspondent in Heilongjiang Province, China

(Minghui.org) The complaint case filed by Ms. Liu Jinping’s family against the police for ignoring their visitation request will be heard by the local court in Jiamusi City, Heilongjiang Province on November 5, 2021. 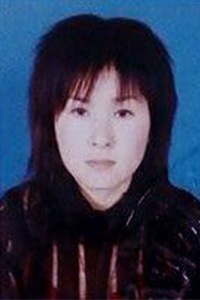 Ms. Liu, 40, was arrested at her home on May 14, 2021 while studying Falun Gong’s teachings with other practitioners. She was beaten and interrogated by the police and later taken to the Jiamusi City Detention Center.

Ms. Liu’s family repeatedly asked the Jiaoqu Police Station to visit her, but never received any response. After the police refused to accept another visitation request on July 13, they filed the application with the police chief.

When they followed up ten days later, Wu Bin, the director of Domestic Security Office affiliated with the police station, told them that visitation was handled by the detention center, not the police, even though the People’s Republic of China Detention Center Regulations issued by the State Council states that “During the period of detention, with the consent of the organ handling the case, and with the approval of the public security organs, the suspects are allowed to have correspondence and meet with their immediate family members.”

Since the police never responded to the visitation request by Ms. Liu’s family, they filed a complaint with the Jiaoqu Court on August 3. A court staff member attempted to persuade the family to drop the case, saying that there was no such thing as People’s Republic of China Detention Center Regulations and that normal people never win cases against government agencies.

Upon returning home, Ms. Liu’s family researched Chinese law and found that the court had no legal basis to refuse to accept their complaint. It’s up to the judge to decide whether they had the right to visit their loved one after reviewing it, and the court shouldn’t refuse to accept the case.

On August 13, Ms. Liu’s family returned to the court and made another attempt to file the complaint. One court staff member laughed at them for the wrong format of the file they submitted and asked whether the lawyer they hired was fake. The family members weren’t affected, but corrected the format and submitted the file.

Ms. Liu’s family was notified by the court on October 9 that a hearing of their complaint was scheduled for November 5 and judge Li Qijia was assigned to handle it.

Meanwhile, Ms. Liu’s lawyer went to the Xiangyang District Procuratorate to review her case on September 23 and found out that the prosecutor had returned the case to the police due to insufficient evidence.

The next day, Ms. Liu’s parents and the lawyer went together to the Jiaoqu Police Station to inquire about the case. The Domestic Security Office director Wu lied, saying that the case had been sent to the court and they were in no position to investigate whether Ms. Liu was beaten by the police during interrogation. Wu said he was merely doing his job and was in accordance with the law. He said Ms. Liu’s family could file complaints against them with the Disciplinary Committee if they thought there were some problems with the case. He also blamed Ms. Liu’s mother for leading her down the wrong path in practicing Falun Gong.

Ms. Liu’s family and the lawyer returned to the police station several times and demanded that the police dismiss her case and release her on bail. The police refused.

Ms. Liu hosted several local practitioners, including Ms. Jin Shurong, Mr. Jiang Guosheng, and Ms. Ren Yulan, at her home on May 14, 2021. They studied Falun Gong’s teachings together. As Mr. Jiang was about to leave at around noon, 16 police officers suddenly broke in. Four officers took pictures, while the remaining officers searched Ms. Liu’s place. None of the police showed their IDs or a search warrant. They placed Ms. Liu’s Falun Gong books, printer, and a photo of Falun Gong’s founder on the floor, took pictures, and then took them away.

When Ms. Liu’s lawyer later visited her, she told the lawyer that the police interrogated her at the police station. An officer named Gu Songhai savagely beat her and ordered her to admit that she distributed Falun Gong materials, that the broken printer at her home was still working, and that 70 Falun Gong booklets were found at her home. Gu threatened that they could ask for a ten-year prison term against her.

As Ms. Liu refused to sign the interrogation record, the police twisted her arms and hit her head against the wall. She almost became incontinent and she felt that she was near death.

“Yunnan Woman Dies After Years of Prison, Abuse, and Harassment”

“The Importance of Not Looking Down Upon Ourselves or Other Practitioners”