(Minghui.org) With the 2022 Winter Olympics set to take place in China from February 4 to 20, the Chinese Communist Party (CCP) has begun yet another round of campaigns to “maintain social stability.” To that end, the CCP intensified the persecution of Falun Gong practitioners, especially in the three Games zones, Beijing, Yanqing (a rural District in Beijing), and Zhangjiakou in Hebei Province.

Similar tactics were used when the Olympics was held in Beijing in 2008. The CCP has often intensified the persecution around so-called “sensitive dates”, such as holidays or special events like the Olympics, in the name of “maintaining social stability.”

Eleven Beijing practitioners were arrested around July 20, 2020, for sending photos of empty streets in Beijing to overseas media during the pandemic. Their families and lawyers were recently notified of their prison sentences:

Two officers from Haidian District Police Department in Beijing, surnamed Guo and E, showed up at practitioner Mr. Qin Wei’s door on December 21, 2021. They were accompanied by several strangers. When Mr. Qin’s family stopped them, they said they were there to “maintain stability” in preparation for the Winter Olympics.

Ms. Han Fei in the Chaoyang District of Beijing also had similar experiences. Officers from Pingfang Police Station and Yachengli Neighborhood Committee have been following and monitoring her. On November 30, her husband said the police station had called warning Ms. Han not to go out because of the winter Olympics. It was said quite a few practitioners had been arrested.

Besides Beijing, officials in neighboring Hebei Province also did the same. In Wei County of Zhangjiakou City, for example, a large number of plainclothes police officers were dispatched to patrol the streets. In addition, Wei County Police Department has held numerous activities at the county seat and various towns since December 1. In these events, the police openly defamed Falun Gong and distributed a large number of slanderous flyers. They offered financial rewards to ordinary citizens for reporting practitioners to the police.

As a result, some practitioners were arrested. Practitioner Ms. Zhou Guihong and her husband Mr. Niu Jiancheng (not a practitioner) were arrested on December 10 while transporting materials intended for use to produce New Year calendars with Falun Gong phrases. According to insiders, the police planned to increase the criminal penalty against Mr. Niu. In addition, the domestic security bureau of Wei County has arrested practitioners on several occasions.

Persecution in the Name of “Social Stability”

Citing the Winter Olympics as an excuse to target Chinese citizens started several years ago. A document titled “Zhangjiakou Police Department 2020 Budget” showed an estimated expenditure of 481 million yuan in 2020 (or $76 million USD), about 5.1% higher than the previous year. The document revealed that the main reason for the proposed increase was to prepare for the Winter Olympics in 2022. Among the funding dedicated to the domestic security bureau, Falun Gong was listed as the primary group to be targeted.

This article was published on the website of think tank Macdonald-Laurier Institute (WLI). “The 2008 Beijing Summer Olympics also took place against a backdrop of mass atrocities. The success of those games, and the muted response of the international community to the human rights abuses surrounding them, was understood by Beijing as a validation of its approach, and as license to repeat it,” wrote the authors.

The 2008 Olympics took place in the 10th year since the CCP began to suppress Falun Gong, wrote the article. More than 8,000 Falun Gong practitioners were detained before the Olympics that year with at least 100 reportedly losing their lives due to abuse in custody.

“This occurred sometimes within walking distance of Olympic venues and major landmarks. Among them was 42-year-old Yu Zhou, a popular folk musician who died in custody 11 days after he was arrested for possessing forbidden religious literature (his widow, an artist named Xu Na, was arrested in advance of the 2022 Olympics and is currently awaiting trial),” the authors wrote. 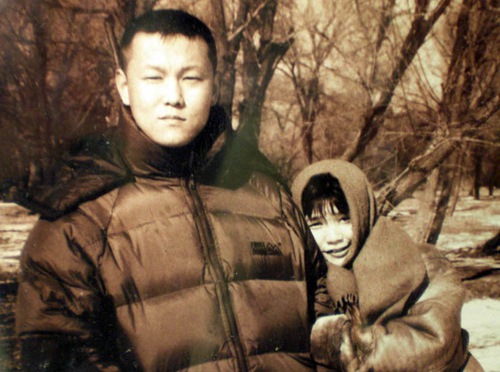 When Ms. Xu Na was painting an artwork at home on July 19, 2020, officers from the local Konggang Police Station in the Shunyi District, Beijing arrested her. They returned the next day and confiscated her personal belongings including a computer, a cell phone, and a video camera. They also kept her at Dongcheng District Detention Center, where Ms. Xu went on a hunger strike to protest.

When Ms. Xu and 10 other Beijing practitioners were on trial in Dongcheng Court on October 15, 2021, five lawyers, including Liang Xiaojun, defended their innocence. However, the authority revoked Mr. Liang’s license on December 16.

Ms. Xu’s husband Mr. Yu Zhou graduated from Peking University and was a musician. He was also persecuted for practicing Falun Gong and died on February 6, 2008. Ms. Xu was twice jailed prior to her latest arrest.

The article by Ford and Matas also states, “Most Canadians know little to nothing about the repression of Falun Gong in China. Political leaders in Canada only rarely acknowledge it. Few events in recent Chinese history have had as profound an impact on the country’s political, security, and psychic landscape, and few events are as little studied or as poorly understood.”

In fact, Falun Gong is a peaceful meditation group based on the principles of Truthfulness-Compassion-Forbearance, but the CCP treats it as an enemy.

“... while it is not the only target of religious repression, the campaign against Falun Gong has been unique in its scope, duration, and intensity,” wrote the authors.

When the suppression first started in July 1999, the CCP announced a plan to completely eradicate Falun Gong through an extrajudicial Party agency known as the 610 Office. “The media, judiciary, security forces, and all party and state institutions were mobilized to struggle against the faith. During the first several years of the campaign, China’s state-run press was saturated with anti-Falun Gong invective, which portrayed the group’s adherents variously as a cancer or as vermin in need of extermination,” wrote the article.

“Mass rallies and public book burnings were held in cities across China, and a strict Internet censorship regime was created to stop the dissemination of dissenting views,” the article continues, “In schools and workplaces, citizens were enjoined to “struggle” against and denounce the practice. Those who refused faced the loss of jobs and schooling, and many were imprisoned.”

In the past 20 years, Falun Gong believers were the largest group of prisoners of conscience in China, with hundreds of thousands, and probably millions of victims. “In prisons, forced labour camps, and reeducation centres, they are subjected to high-pressure tactics to forcibly ‘transform’ their minds, including beatings, sleep deprivation, sexual humiliation and rape, suspension in stress positions, shocks with electric batons, and injections with unknown psychotropic drugs,” the article added, “Falun Gong sources have recorded over 4700 named individuals are documented as having died as a result of torture and abuse in custody, though the actual figure may be much higher.”

“That crimes against humanity have been perpetrated against the Falun Gong is beyond any reasonable doubt,” explains the article, “The evidence is overwhelming, detailed, corroborated, and voluminous. There is a real question why so many people do not know it is happening.”

For example, although officials paid no attention to the physical or mental wellbeing of Falun Gong prisoners, “labour camp officials nonetheless subject them to targeted medical exams, wherein doctors would draw large volumes of blood, probe their organs or perform chest x-rays, but refuse to treat any of the actual injuries they may have sustained in custody.” In addition, some practitioners disappeared after these exams.

In 2006, witnesses testified that the rapid expansion of China’s for-profit organ transplant industry was being fueled by organs harvested from Falun Gong prisoners of conscience. The article said, “Numerous subsequent investigations – including those conducted by David Matas – appear to confirm the allegations.”

In 2019, the China Tribunal in London investigated evidence of organ harvesting and concluded that non-consenting Falun Gong adherents had been the main source of organs in China’s lucrative transplant industry. “Since 2000, Chinese civilian and military hospitals have conducted hundreds of thousands of organ transplants – often on-demand, without any effective system of voluntary donation, and with no plausible explanation of where the organs came from,” wrote the article, “In June 2021, the UN’s top human rights experts again raised the alarm about the continued forced organ harvesting perpetrated against religious minorities.”

The machinery of oppression that was built to crush Falun Gong has metastasized. That is, it has become a permanent feature of the Chinese Communist Party’s governance apparatus. “The persecution of Uyghur Muslims and, to a lesser extent, faithful Christians, is carried out by many of the same people, with the same tactics, that the Falun Gong have endured for decades: mass imprisonment, torture, forced labour, religious de-conversion and, perhaps, organ harvesting,” concluded the article, “Those who ignored the brutal repression of Falun Gong for decades cannot now claim to be surprised.”