(Minghui.org) “The virus made me extremely weak. I had never had such a high fever before – 41°C (106°F) – and my cough was worse than my husband and son, who were also infected. I tried to get up and walk around, only to find myself falling down again immediately.” These are the words of Silke Wagner referring to the time when she was infected with the Delta variant of Covid-19 in mid-November 2021.

“I asked my husband what to do and he suggested that I recite the words ‘Falun Dafa is good’ and ‘Truthfulness-Compassion-Forbearance is good’. I followed his advice and repeated the phrases over and over. I felt myself improving day by day,” she explained.

This way, her illness gradually diminished even though she took no medication. Silke has now fully recovered and returned to work.

She said that she didn't believe that reciting the two phrases would cure her Covid-19. As a result, she discarded her long-held atheism and has turned to Falun Dafa, becoming a practitioner like her husband, Rainer Wagner.

Three People in One Family Infected

Living in Bavaria, in southeast Germany, both Silke and her husband Rainer work as security inspectors at Munich Airport. They have three sons and Rainer has been practicing Falun Dafa for over 10 years. Their youngest son, Marcel, began to practice two years ago.

Rainer showed symptoms first, followed by Marcel. Both of them stayed at home lying in bed for five days due to fever, headache, and sore throat. On the third day, Rainer was able to get out of bed and practice the Falun Dafa exercises. He fully recovered in a few days. Marcel also got well soon. Silke had been taking care of them during those days.

One week later, Silke collapsed. Rainer took her to the hospital, which was very crowded. She was then asked to return home to quarantine. “At that time, my husband had gotten much better. So he helped me with eating, drinking, and changing clothes,” she recalled.

Lying in bed, Silke found herself very weak and could not get up. “When I tried, I felt my cardiovascular system could not catch up – I either ended up falling or needed help from Rainer. That is, I could not move myself,” she said, “With a fever of 41°C, I was helpless like a baby and on the verge of death.”

“What should I do?” she asked her husband in despair. Rainer mentioned Falun Dafa, a meditation system he knows well that teaches people to improve themselves both physically and mentally.

“There are many examples of people being blessed by sincerely reciting fa lun da fa hao (Falun Dafa is good) and zhen shan ren hao (Truthfulness-Compassion-Forbearance is good). Do you want to try?” asked Rainer. Silke heeded his advice and gradually got better.

After she recovered, Rainer told her that she was still mumbling the two phrases even when she was feverish and only half-awake.

Silke agreed. “I could feel my condition improved as I recited those words,” she said, “My mind was always busy thinking about all kinds of things. This time, I could tell my mind was cleared, and more importantly, I could sleep well.”

Silke recalled that, as she continued repeating the two phrases, one night she saw Mr. Li Hongzhi, founder of Falun Dafa. “It was only a brief moment and he was smiling at me. After a while, he disappeared,” she explained.

Lying in bed, Silke was very surprised. She added that Master Li was sitting on a lotus throne. “His compassion is beyond words and there was bright light surrounding him,” she said.

Silke continued reciting the two phrases and she asked if Rainer could read Zhuan Falun to her because she wanted to explore more.

This was not the first time Silke had interest in Falun Dafa. When Rainer started to practice more than a decade ago, she had also read Zhuan Falun. But she stopped at Lecture Two. She also tried doing the exercises, though only briefly.

But it was different this time, although she could not explain why. “Seeing Master, I was deeply touched,” she continued, “It was very personal, as if Master is there taking care of us – my heart was filled with warmth and assurance.”

She then asked Rainer to teach her the exercises. It was like an unsettled heart finally found home.

Faith in Being Good

Born in Dresden in the former East Germany, Silke was an atheist. Her grandfather had many relatives in Bavaria, so the family applied to visit their loved ones in Bavaria, in what was then West Germany. Their application was repeatedly denied over the years. They eventually got approval in 1984 when Silke was 11.

Moving to West Germany did not change her mind, though. She remained an atheist. But seeing her husband’s kindness and improvement through practicing Falun Dafa, she had no problem accepting it. “My husband is a good person. I trust him and what he believes,” she explained.

Her covid experience made her look at things in a different light. She realized Falun Dafa is more important than what she understood earlier. When she was able to sit up, she asked for a copy of Zhuan Falun from Rainer. They read together with their son Marcel every day.

Gradually, her cough stopped and fever diminished. But she was still a little weak and could not jog as she used to do. After doing the Falun Dafa exercise twice with Rainer and Marcel, however, Silke knew she had regained all her strength. She has now returned to work. 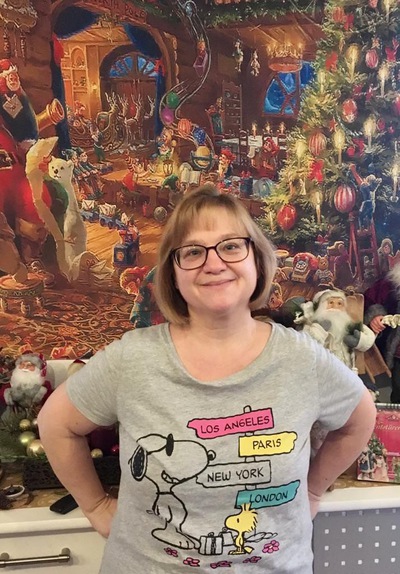 Silke is now happy and healthy

Reading Zhuan Falun brings Silke inner peace. “My experience tells me that everything described in the book is true,” she said.

Marcel's symptoms were not that bad and he recovered quickly. In the past, he occasionally followed his father in doing the Falun Dafa exercises or reading books. Seeing his mother’s miraculous recovery this time, he was impressed and joined his parents reading Zhuan Falun every day.

As practitioners, the three of them often discuss how to apply the principles of Truthfulness-Compassion-Forbearance in daily life for things encountered. Each of them could identify areas for improvement. “It was not like this in the past – the conflicts could get quite intense,” recalled Silke with a relief. 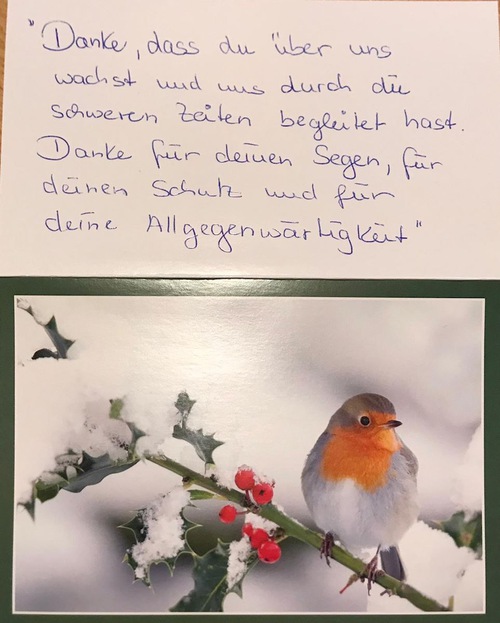 Greetings from Silke and Marcel to Mr. Li Hongzhi, founder of Falun Dafa

That is why the Wagner family is very grateful to Mr. Li. “Thank you for watching over us during the difficult times,” wrote Silke and Marcel in a New Year greeting to Mr. Li recently, “Thank you for your blessings and support.“

“Advice from a Fellow Practitioner”

“At Critical Moments Have Faith in Master”