(Minghui.org) The Spotsylvania County of Virginia passed a resolution on March 23, 2021, condemning the Chinese Communist Party’s persecution of Falun Gong as well as the brutal crime of harvesting organs from living practitioners. 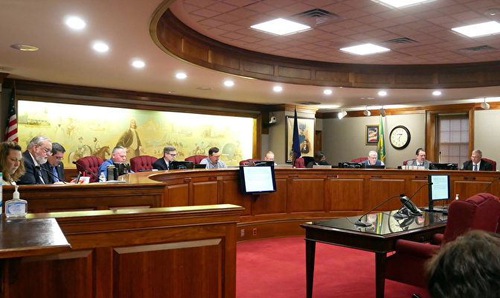 Board of Supervisors’ Meeting in Spotsylvania County on March 23, 2021

Ms. Wang Chunyan, a Falun Gong practitioner and survivor of torture in China, testified at the Board of Supervisors’ meeting. Ms. Wang said, “I am very honored to stand here today. It also makes me emotional. I was almost killed and could have been made a victim of the organ harvesting crime in China for practicing Falun Gong.”

Ms. Wang was an entrepreneur in Dalian City, Liaoning Province. She was once imprisoned for seven years for upholding her faith and suffered all kinds of brutal torture. When she was forced to live away from home to hide from the police, the police beat her husband to death. Her two sisters were also arrested for talking to people about Falun Gong.

Kevin Marshall, Chairman of Spotsylvania County Board of Supervisors, said, “We don’t want anything like this to go unnoticed.” He said he hopes every resident in the county will be aware of the crime and no one will participate in it. 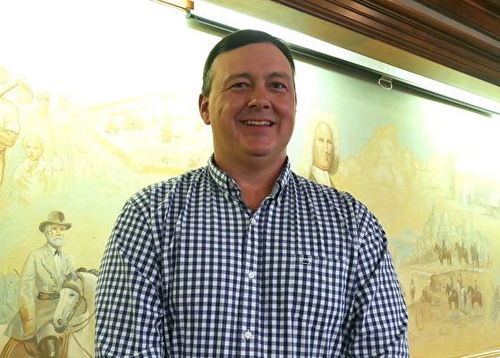 Kevin Marshall, Chairman of the Spotsylvania County Board of Supervisors

Gary F. Skinner, another member of the Broad of Supervisors, commented, “Let’s stand up and be strong and say ‘stop it.’” 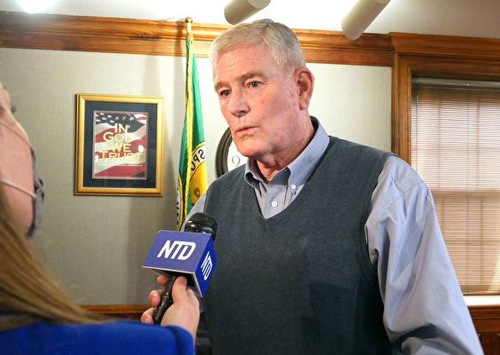 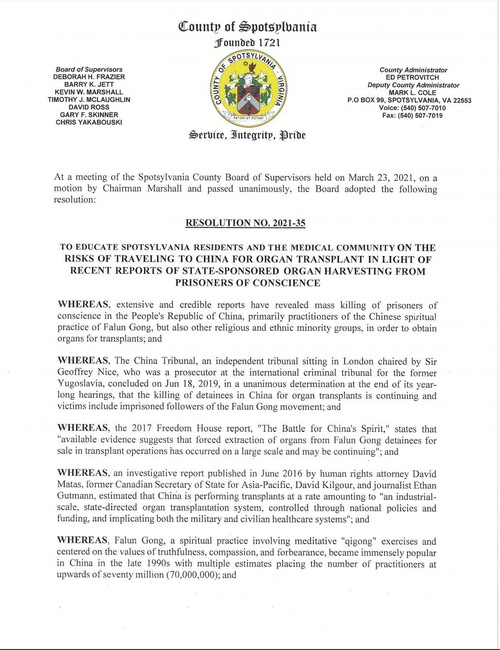 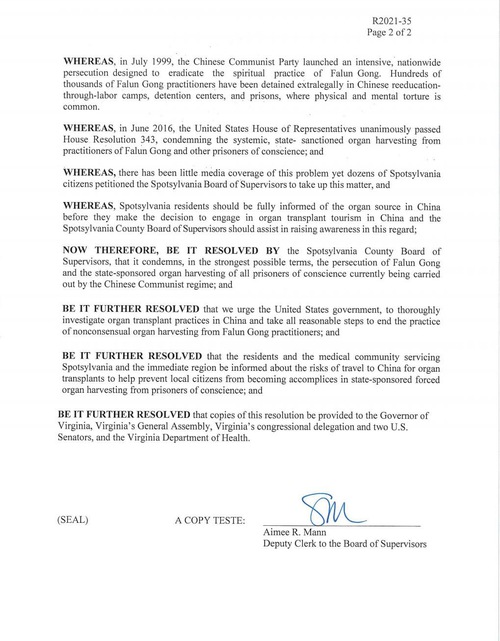