(Minghui.org) The Prince William County Board of Supervisors adopted a resolution on February 16, 2021, informing residents and the medical community of the risks of organ transplant tourism to China. Prince William County is the third county in the State of Virginia to take a stance since January 2021 against the Chinese Communist Party’s (CCP) forced organ harvesting atrocities.

The resolution calls attention to “extensive and credible reports” that “have revealed mass killing of prisoners of conscience in the People's Republic of China... in order to obtain organs for transplants.” The resolution mentions that practitioners of Falun Gong are the primary target, but other religious groups and ethnic minorities are also targeted by the CCP.

The resolution aims to educate the county’s roughly 460,000 residents about the risks of traveling to China for organ transplants, so that they don’t become unintentional accomplices to these illicit acts. Copies of the resolution will be provided to the Governor of Virginia and the Virginia Department of Health. 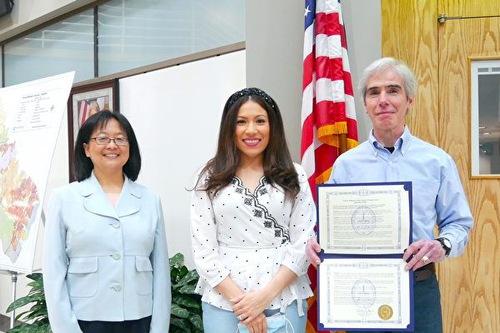 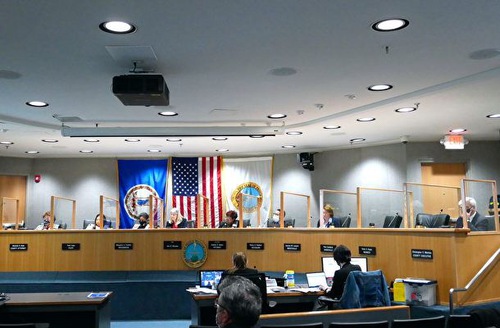 The Prince William County Board of Supervisors in session on February 16, 2021

“We need to take action. There have to be consequences for what’s happening,” Coles District Supervisor Yesli Vega said. “This is clearly a violation of the law. It’s an inhumane act that’s happening and needs to stop.” Vega said she appreciates Falun Dafa practitioners for raising awareness of what’s happening in China, and hopes that the federal government will take concrete actions against the CCP’s inhumane policy.

Local resident and Falun Dafa practitioner Linh Pham addressed the February 16 board meeting and said that the resolution was necessary to stop the CCP’s large-scale forced organ harvesting, given the limited media coverage on the issue.

“The CCP’s persecution has been going on for over 20 years, with little media reports. Even during the pandemic, the CCP has been launching new rounds of imprisonment and torture against practitioners,” Pham said.

“Harvesting the organs of Falun Dafa practitioners has set a precedent in China. If it remains unchallenged, the CCP may well use it to suppress and persecute other groups, which will cost even more innocent lives,” she said. 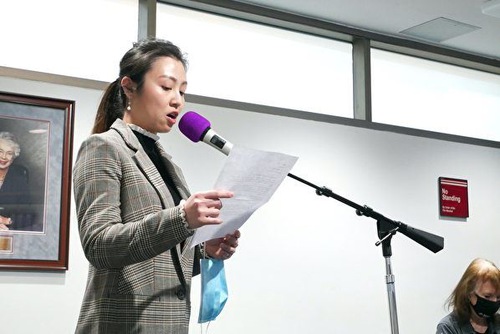 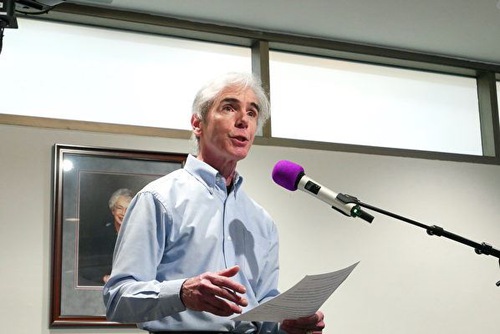 Jim Giragosian addressed the meeting of the Prince William County Board of Supervisors on February 16, 2021.

Dr. Giragosian said that the Chinese regime has “gotten away with unconscionable human rights violations” through extensive influence operations targeting every facet of American society, such as American universities, city governments, and policy makers.

He said the Chinese Communist Party “is targeting the most vulnerable members of our communities, the terminally ill, by telling them that if they come to China, they don’t have to wait months or years for an organ transplant. They just don’t tell us where the organs are coming from.”

Mr. Dodge said he has heard about the persecution of Falun Dafa (also known as Falun Gong) for years. He said the forced organ harvesting from practitioners was “very tragic.” “They really are not a threat to the Chinese government. They are peaceful people. They are not doing anything threatening to the government. The government should leave them alone.” He would like more people in the United States to hear about this resolution.

“Harvesting organs and doing things like that are a great evil, and we have to crush that evil,” said Barbara Dodge, who worked at the American Red Cross for several years. 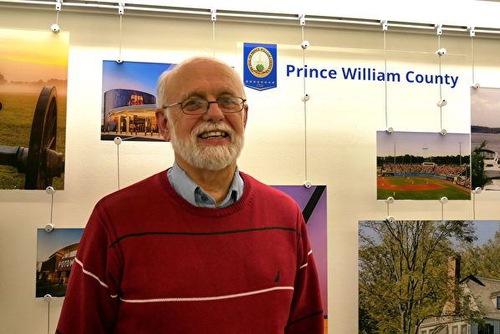 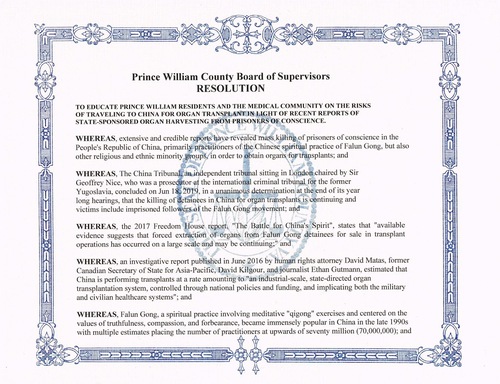 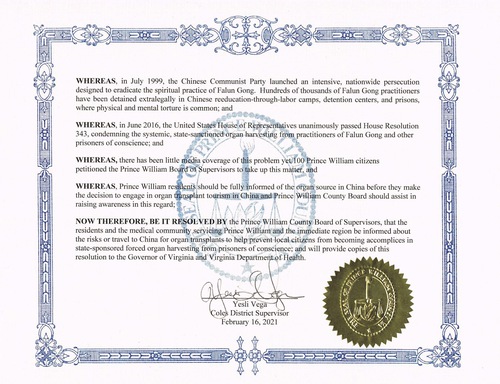 Falun Dafa, also known as Falun Gong, is an advanced self-cultivation method. Introduced by Mr. Li Hongzhi in 1992, it is now practiced in over 100 countries worldwide, by over 100 million people. Truth, Compassion, and Tolerance are Falun Dafa's guiding principles that practitioners strive to follow in their daily lives.

“Podcast (Cultivation): “Master Is by My Side at All Times””

“I Witnessed the Power of Righteous Thoughts”