(Minghui.org) The Fairfax County Board of Supervisors in Virginia passed a motion on July 16, 2019, to alert local residents about traveling to China for organ transplant surgeries. Board members put forward the motion because Falun Gong practitioners and other prisoners of conscience in China have become victims of forced organ harvesting, and the board felt that local Fairfax residents and local medical staff needed to become aware of that.

The motion was initiated by chairwoman Sharon Bulova along with board members John Cook, John Foust, and Pat Herrity. It was then passed unanimously by all members of the board. 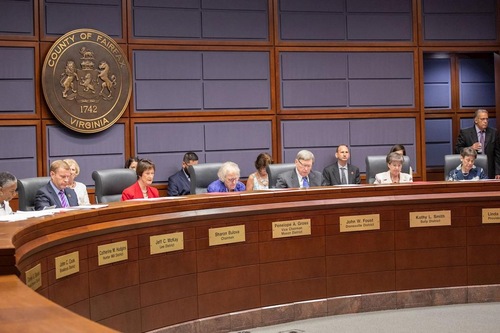 The Fairfax County Board of Supervisors passed a motion on July 16, 2019, condemning forced organ harvesting in China and alerting residents about traveling to China for organ transplant. 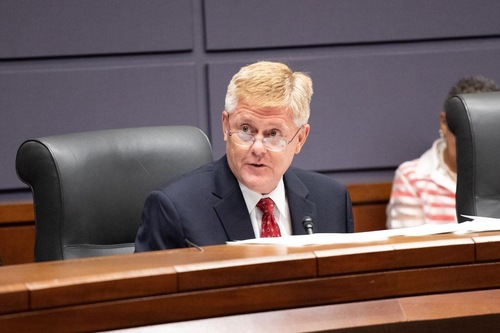 John Cook introduced the board item.

Cook, in giving background of the motion, presented the U.S. House Resolution 343, which was passed by the House of Representatives on June 13, 2016, to condemn forced organ harvesting in China. He said the resolution was on a bipartisan basis with all Northern Virginia Representatives’ support.

As local officials, “We are concerned—as are our local Falun Gong practitioners—that people who go to China for organ transplants, which are much more available in China than in the United States,” he said.

This is because people “do not know that the organs they receive may be from Falun Gong practitioners or other political prisoners who are murdered so the communist government may benefit from the sale of their organs,” Cook said.

He hoped the county could inform residents about the issue so people could make an educated decision not to travel to China for a transplant. 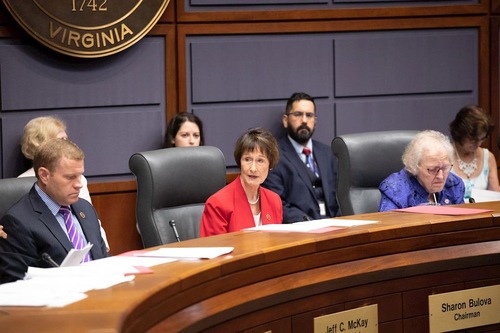 Chairwoman Bulova agreed. “This is a serious issue. People in the United States or in Fairfax County may not realize how organs are made available in China,” she said.

Bulova said that in the U.S. organs come from voluntary donation, but that is not what is happening in China.

“That is pretty gruesome and pretty awful. People just need to be aware of that. Awareness is important,” she said.

'This Needs to Be Recognized Worldwide' 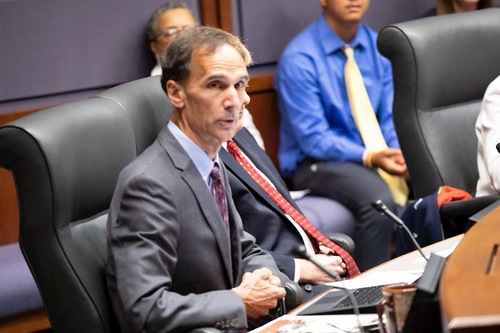 Daniel Storck, one of the board directors, said the misconduct of forced organ harvesting disrupts “trust and confidence.”

Daniel Storck, another director, thanked Falun Gong practitioners for notifying the board of this important issue.

“We know this needs to be recognized worldwide. This cannot go on and we need to hold people accountable,” he said.

He said the consequences of these tragedies are beyond that because just societies are built on trust and confidence.

“If it happens anywhere in the world, we have to fight, [so that] nobody can accept that it's happening, and get it stopped,” Storck said.

Another director Jeff Mckay suggested the board follow up with the House of Representatives to show its support for Resolution 343. 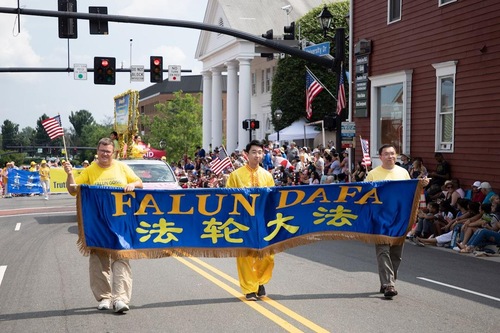 Local Falun Gong practitioners participate in the Fairfax Independence Day Parade on July 4, 2019, a tradition that goes back to 1967.

Located in Northern Virginia, and adjacent to Washington, D.C., Fairfax is one of the most populated and affluent counties in the region. Local Falun Gong practitioners have been actively involved in community events for many years, such as parades, Chinese New Year celebrations, and offering the public free instruction of the Falun Gong exercises.