(Minghui.org) On January 27, 2021, the Frederick County Board of Supervisors (FCSB) of Virginia passed a resolution condemning the forced harvesting of organs from religious prisoners of conscience by the Chinese Communist Party (CCP), as a warning to local residents to prevent them from traveling to China for organ transplants and inadvertently becoming complicit in the crime.


The resolution stated that credible reports from various sources showed that the CCP had murdered prisoners of conscience on a mass scale and sold their organs for transplant operations and that this crime is still going on in China today. 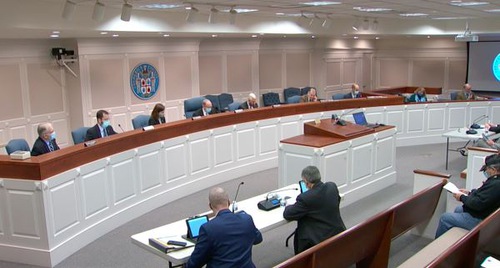 On January 27, 2021, the Frederick County Board of Supervisors (FCSB) passed a resolution condemning the Chinese Communist Party (CCP)’s killing of prisoners of conscience for organs. (Screenshot from video of County Board meeting)

The resolution, introduced by Back Creek Supervisor Shawn L. Graber, is meant to ensure that county residents are “fully informed of the organ source in China before they make the decision to engage in organ tourism in China,” lest they “unwittingly become accomplices in state-sponsored forced organ harvesting.” 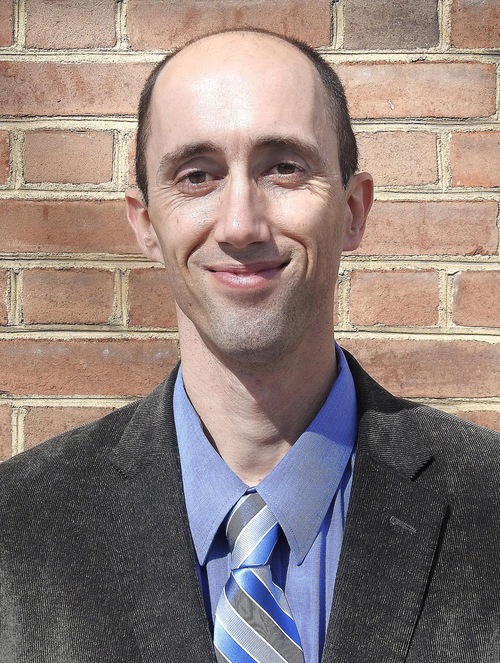 County Commissioner David D. Stegmaier said, “This is the movement that has gained a lot of interest and growth over the entire world. In China right now, there are at least 70 million practitioners of Falun Gong. And it turns out that is about the number of people who are members of the Chinese Communist Party. As a result of that, the regime considers this as a threat that needs to be stopped in whatever way they can, including this heinous persecution and torture that is taking place of the Falun Gong members.”

“I just want to thank supervisor Graber for introducing it. I think it’s of use to all members of the Frederick County community to know what is involved in doing business of that kind with China. I just want to acknowledge the Falun Gong members for their courage and persistence in letting the world know about this tragedy.”

Alex Wang, a Virginia resident and Falun Gong practitioner, told the panel during the hearing about the resolution, “Falun Gong is an ancient spiritual practice based on the principles of Truthfulness, Compassion, and Forbearance, and before 1999, the Chinese Communist Party found that between 70 and 100 million people practiced Falun Gong and that it was very effective in improving overall health.

“However, this made Jiang Zemin, the then leader of the CCP, jealous and paranoid, and he was bent on launching the persecution of Falun Gong in July 1999.”

Citing Amnesty International, Alex said that, in order to carry out the persecution, the CCP has launched a massive demonization campaign against Falun Gong both at home and overseas.

“The persecution of Falun Gong has been going on for 20 years. Even during the current pandemic, the CCP has increased the harassment, detention, imprisonment, and torture of Falun Gong practitioners nationwide. Some were persecuted to death,” he said.

Tiny Tang, another Virginia resident and Falun Gong practitioner, said that the CCP’s forced organ harvesting is mainly targeted at Falun Gong practitioners. “At this time, we cannot stop the CCP from continuing its crimes, but we can prevent potential residents from falling into complicity in the murder of innocent people,” she said.

She cited the example of a local resident who was once offered the opportunity to travel to China for a kidney replacement at a cost of $50,000, but passed up the opportunity because he knew the crimes of the Chinese Communist Party and knew that getting a matching organ in such a short period of time would be quite suspicious.

Kery Nunez, a third Virginia resident and Falun Gong practitioner, said, “When the communist regime commits crimes, it always tries to pull others along with them … Your resolution will ensure that all county residents are warned of forced human organ harvesting. We believe that this will not only save lives, but also importantly, it will save people’s conscience.”

Representatives of Falun Gong practitioners speak at the hearing. From left to right: Alex Wang, Tiny Tang and Kery Nunez.

TO EDUCATE FREDERICK COUNTY’S RESIDENTS AND MEDICAL COMMUNITY ON THE RISKS OF TRAVELING TO CHINA FOR ORGAN TRANSPLANT IN LIGHT OF RECENT REPORTS OF STATE-SPONSORED ORGAN HARVESTING FROM PRISONERS OF CONSCIENCE.

WHEREAS, extensive and credible reports have revealed mass killing of prisoners of conscience in the People’s Republic of China from religious and ethnic minority groups, in order to obtain organs for transplants; and

WHEREAS, The China Tribunal, an independent tribunal sitting in London chaired by Sir Geoffrey Nice QC, who was a prosecutor at the international criminal tribunal for the former Yugoslavia, concluded on June 18, 2019, in a unanimous determination at the end of its yearlong hearings, that the killing of detainees in China for organ transplants is continuing and ongoing: and,

WHEREAS, an investigative report published in June 2016 by human rights attorney David Matas, former Canadian Secretary of State for Asia-Pacific, David Kilgour, and journalist Ethan Gutmann, estimated that China is performing transplants on “an industrial-scale, state-directed organ transplantation system, controlled through national policies and funding, and implicating both the military and civilian healthcare systems,” as Kilgour described these practices in his speech to the European Parliament in 2016; and,

WHEREAS, in June 2016, the United States House of Representatives unanimously passed House Resolution 343, condemning the systemic, state-sanctioned organ harvesting from prisoners of conscience; and

WHEREAS, Frederick County residents should be fully informed of the organ source in China before they make the decision to engage in organ tourism in China; and,

WHEREAS, the Frederick County Board of Supervisors desires to assist in raising awareness in this regard;

NOW THEREFORE, BE IT RESOLVED BY the Frederick County Board of Supervisors, that we strongly condemn the illegal and immoral organ harvesting being conducted at the direction of and under the protection of the Government of the communist Peoples Republic of China; and,

BE IT FURTHER RESOLVED that the residents of and medical community serving Frederick County and the immediate region, be informed of the inherent injustices of the organ tourism in China, and that travel to China for organ transplants may cause our local citizens to unwittingly become accomplices in state-sponsored forced organ harvesting from prisoners of conscience.

“A Discussion on Experience Sharing After Group Fa Study”

“The Manifestation of Communist Party Culture Among Our Practitioners”