(Minghui.org) A Jinchang City, Gansu Province resident was recently sentenced to three years for practicing Falun Gong, a spiritual discipline that has been persecuted by the Chinese communist regime since 1999. 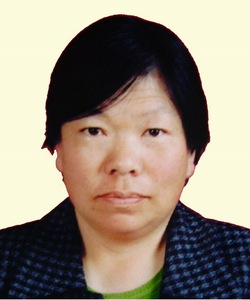 Ms. Li Dexiang, 60, was arrested at home on April 14, 2021, by officers of the Binhelu Police Station. She was held at the Jinchuan District Detention Center before being sentenced.

A year before Ms. Li’s latest arrest, she was harassed twice, in March and September 2020, respectively, and ordered to renounce Falun Gong. The police also searched her home without proper documents and took photos all over the place.

Before Ms. Li took up Falun Gong in 1997, she suffered from asthma, cholecystitis and slight paralysis and her husband had a mental illness. While both of them enjoyed improvement in their health with her practicing Falun Gong, her husband’s condition deteriorated over the years, due to the tremendous mental and financial distress from the persecution. With Ms. Li’s latest sentencing, she is very worried about the daily life of her 68-year-old husband.

In addition to her husband, her son was also implicated in the persecution. Following her arrest in 2013, both her husband and son were arrested. The police pointed a gun at her son’s head and ordered him to tell whom Ms. Li had given her printer to.

Since then, her son often received harassing calls, asking for information on local Falun Gong practitioners. Having worked at a kindergarten as a security guard for 12 years, he was fired shortly after Ms. Li’s latest arrest.