(Minghui.org) Falun Dafa practitioners from central Japan organized a signature drive in Nagoya on November 28, 2021. Practitioners demonstrated the exercises and introduced the Falun Dafa exercises to the passersby. They also collected signatures for a petition to bring Jiang Zemin to justice. 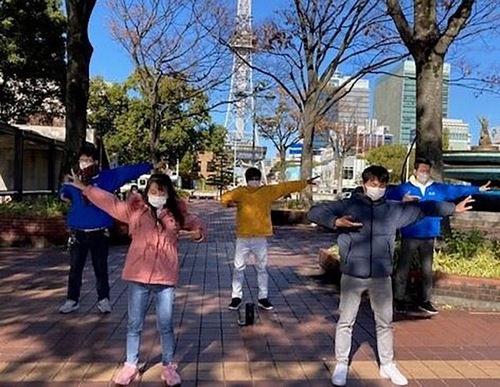 It was a chilly but sunny late fall day. People began to shop and meet friends as they used to before the long lockdown.

Many people took the initiative to sign a petition bringing Jiang Zemin, the former leader of the Chinese Communist Party (CCP), to justice. During the past two years, people have learned about the CCP’s practice of denying responsibility for the virus, covering up the epidemic, and its contempt for life.

At the same time, Falun Dafa (also called Falun Gong) practitioners have worked diligently to clarify the truth about the cultivation practice through various online channels. Many people are now aware of the ongoing persecution in China, but especially about the forced organ harvesting crime from living practitioners. 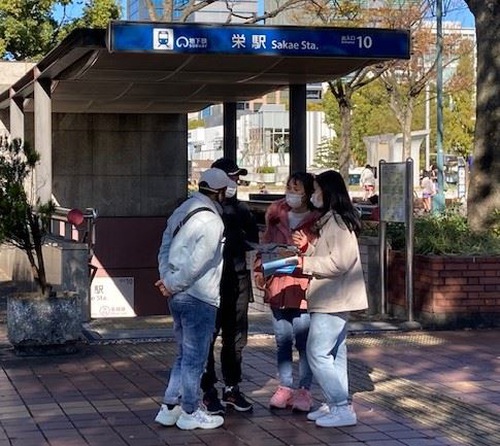 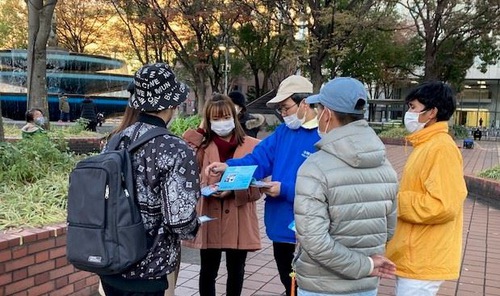 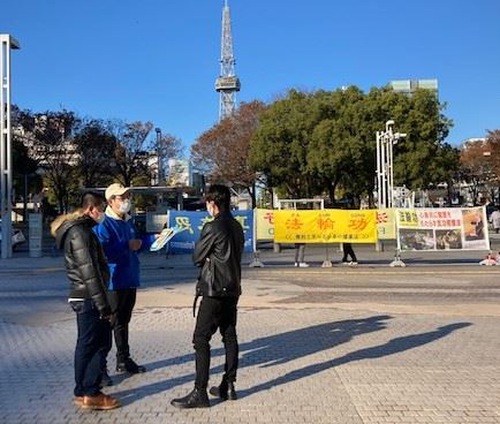 Passersby talked to Falun Gong practitioners about the persecution in China.

Mr. Goto went by the booth in the afternoon. He said that he had read a lot about Falun Gong and the persecution online. He had gone on many business trips to China in the past and can speak some Chinese. “I will sign!” he said quickly when a practitioner asked him to sign the petition. 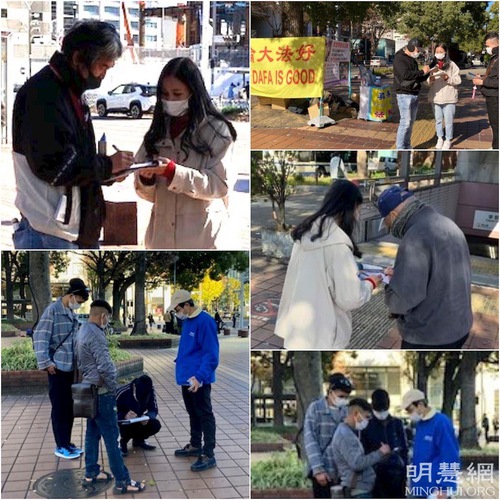 A Vietnamese Falun Gong practitioner working in Japan also told many Vietnamese young people the facts about the persecution of Falun Gong in China. Many of them signed the petition supporting a lawsuit against Jiang.

“Gansu Woman Sentenced to Third Prison Term for Her Faith”

“Prison Attempts to Extort 200,000 Yuan from Family of Incapacitated Woman in Exchange for Her Release”