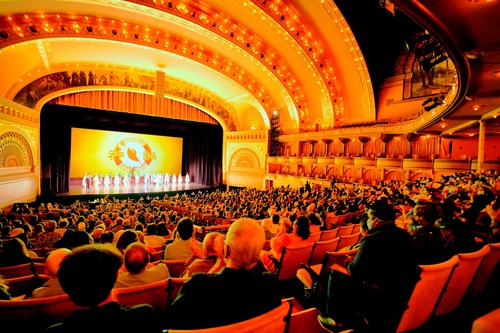 The Shen Yun New York Company’s curtain call at the Auditorium Theatre in Chicago, Illinois, on October 10, 2021. The company presented three performances in Chicago on October 9–10. 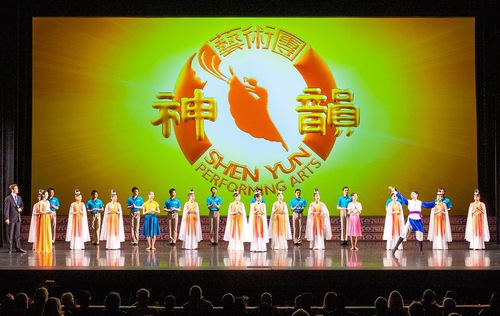 The Shen Yun New Era Company at the Kauffman Center for the Performing Arts - Muriel Kauffman Theatre in Kansas City, Missouri, on October 9, 2021. 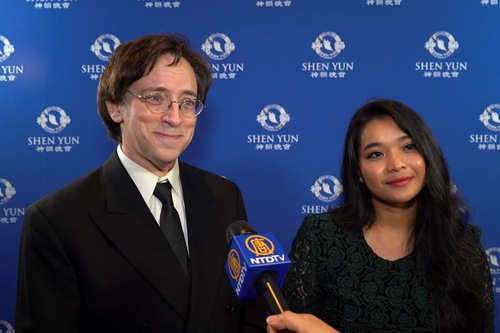 “I’m honored to have been able to see [Shen Yun] in my lifetime—to see an artist of his caliber, bringing together a company like this and this kind of production, to share this kind of performance,” Mr. Reynolds said, referring to D.F., the artistic director of Shen Yun Performing Arts.

“Shen Yun does this—it shows us the whole range of who we are, but it also shows us who we can be. And that’s the hope of it.

“That’s why you don’t come out crushed by the tragedy because it’s there with the message of hope. And the way it’s presented so powerfully, it makes me believe that. And that’s what I’m most grateful for in this performance: that it makes me believe that the ancient traditions, the ancient values, are what will get us through all of this that’s so heartbreaking in the modern world,” he said.

The tragedy-to-hope stories Mr. Reynolds referred to are pieces in the show that depict the ongoing persecution against Falun Gong, a spiritual meditation practice that was once popularly practiced in China until the Communist Party targeted it for persecution. 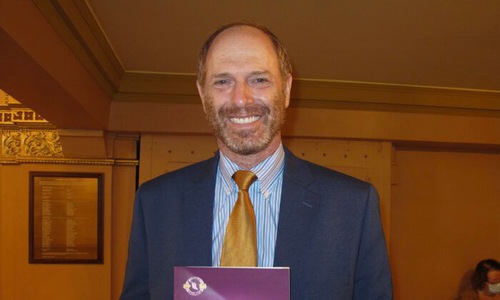 Andrew Bransky, the vice president of investments at Stifel Financial Corp., saw Shen Yun in Chicago, Illinois, on October 10, 2021. He said, “I love the show. I thought it’s incredible. The performers are amazing. It was mind-boggling.”

“I like the fact that they’re telling people to reject atheism and to connect with the real sense of the divine, and treat people well,” he said. “And there’s a message of beauty and humility and love. I really thought that was an amazing, just amazing message. This is something that everybody should see.”

“As they say, having faith in the Creator really can make a person become a better person, a stronger person, and it connects you with the divine,” he continued.

“A Must-see for All of Humanity” 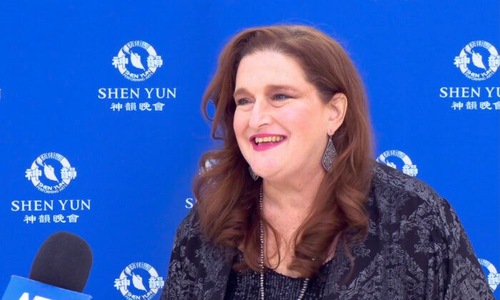 Pamela Skarda saw Shen Yun for her birthday at the Kauffman Center for the Performing Arts - Muriel Kauffman Theatre in Kansas City, Missouri, on October 10, 2021.

Pamela Skarda saw Shen Yun for her birthday at the Kauffman Center for the Performing Arts - Muriel Kauffman Theatre in Kansas City, Missouri, on October 10, 2021. She said, “Utterly phenomenal, the best performance I’ve ever seen in my life.”

“The last scene on compassion, I literally had a spiritual experience. My heart just opened with divine love. I could feel every cell of my body vibrating as the divine—it was just phenomenal.

“These artists, they are meticulous in their form. It is precision; it is God incarnate on stage,” she said.

“It is perfection. It is a universal, spiritual experience of the divine in the human form, that we are all God’s children,” Ms. Skarda said. “And it is profound.”

“It made me proud to be a global citizen, as well as an American citizen, that allows us the wonderful freedoms that we have in this country to practice religious freedom, and expression of that freedom in all forms, particularly through the form of art... to hold the container for the sacredness of all of life through art, creativity, and spirituality.

“This was a gift of life, and it was just an exquisite performance. It is a must-see for all of humanity because it is the reason why we reincarnate here on the planet—to love one another, to know God’s love for us, to express that in how we create, and how we live.

“The precision of the artists was phenomenal. From the orchestra to the dancers, from the detail of the costuming to the flow of spirituality in the fabrics and the colors. It was just life coming into form onstage; God coming to form on stage. It was amazing,” she said.

“It was just beautiful to celebrate the incarnation of my spirit here as I celebrate my birthday with this wonderful touring performance. I will be back next year, it is a must-see. Thank you for this exquisite experience,” Ms. Skarda said.

“Great View of the Culture” 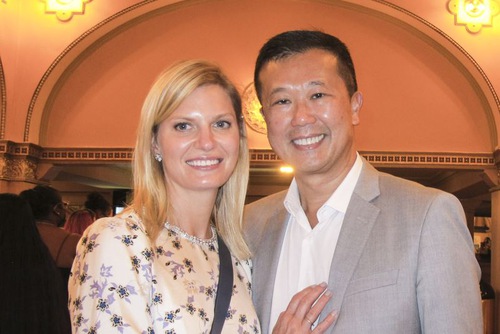 Jack Truong, the President and CEO of James Hardie Industries PLC, saw Shen Yun with his wife Maria at Chicago’s Auditorium Theatre on October 9, 2021. He said, “[Shen Yun] gives us a great view of the culture in China hundreds and thousands of years ago... It’s just something that we didn’t know before.”

“The story behind it is very incredible. There’s a lot of stories... [about] coming from heaven back to earth—there’s a lot of connections,” he said. 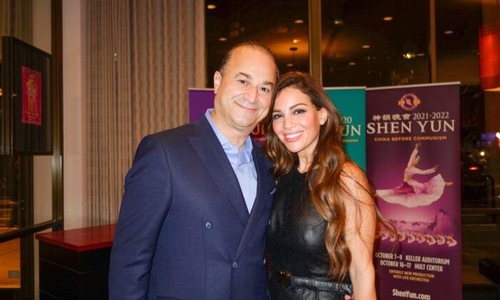 Hadi and Raina Nouredine saw Shen Yun at the Keller Auditorium in Portland, Oregon, on October 7, 2021.

Hadi Nouredine, a dentist, saw Shen Yun with his wife Raina at the Keller Auditorium in Portland, Oregon, on October 7, 2021.

“It was amazing... Very cultural, very artistic,” Mr. Nouredine said. “We love the colors, the dance, the ancient culture, and the theories behind every dance. Very well done.”

Mr. Nouredine was especially struck by the modern piece that tells of the atrocious crimes being committed under the watch of the communist regime in China—the murder of prisoners of conscience for their organs.

“It tells a[n] [important] story of how in 2021, we still have countries [where] you cannot practice freedom of religion.

“It doesn’t matter which country it is, I think, in every country in the world, you should be able to live in peace and harmony with anything you believe in,” he said.

“It was really nice to get out today and to come and watch the show and be able to sit next to people. So it was a great idea that they brought it back, and they didn’t cancel it,” Mr. Nouredine said.

“Heilongjiang Woman Beaten and Sexually Assaulted by the Police”