Austria, Belgium and Italy: Dignitaries Support Falun Gong and Call for an End to the Persecution

(Minghui.org) Falun Gong is a spiritual discipline based on the principles of Truthfulness-Compassion-Forbearance. But due to its popularity and traditional values, the Chinese Communist Party (CCP) has persecuted its practitioners since July 20, 1999, spanning 21 years.

More than 4,500 Falun Gong practitioners are confirmed to have lost their lives to the persecution, although the true number is likely many times higher. Hundreds of thousands of practitioners have been confined to forced labor camps, tortured physically and mentally, and even killed for organs.

Falun Gong practitioners across the world conduct activities around the anniversary of the persecution on July 20 to raise awareness of the situation in China. Former and current officials, members of parliament, members of state legislatures, and other dignitaries have openly expressed their support for Falun Gong and condemned the persecution. The following are reports from Austria, Belgium, and Italy.

Support from Members of the National Council and Vienna City Councilor 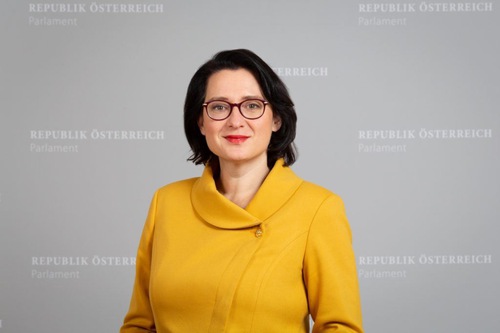 “[The CCP] commits crimes in the serious and systematic violation of human rights against Falun Gong practitioners,” stated Dr. Gudrun Kugler, Member of National Council (MNC), in her letter.

“Therefore, we should work together to end this cruel persecution. I am happy to support citizens’ opposition to the CCP’s live organ harvesting, and therefore on June 23, I submitted a bill to the Human Rights Commission. The bill was supported and approved by all parties.” 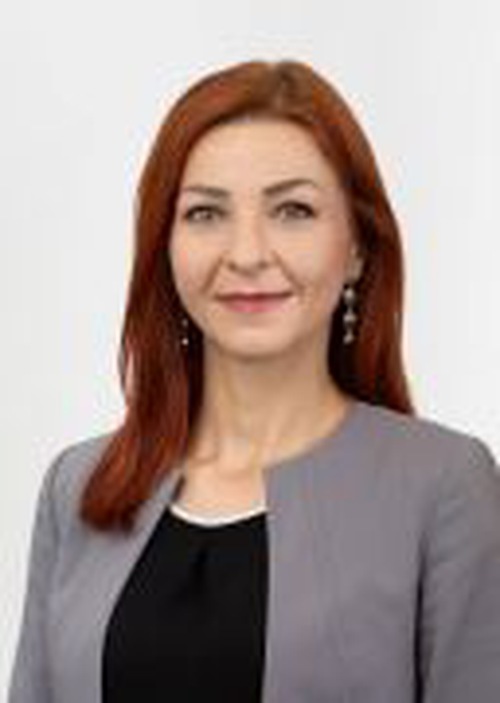 Dr. Ewa Ernst-Dziedzic, Member of the National Council and the Human Rights Committee

Dr. Ewa Ernst-Dziedzic, Member of the National Council and the Human Rights Committee, wrote, “You can rest assured that I will continue to support you in reaching your goal to end the inhuman persecution of Falun Dafa. I will not stop reminding Chinese leaders that the International Covenant on Civil and Political Rights also applies to authoritarian countries.” 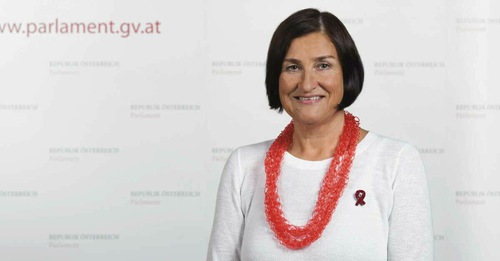 MNC Petra Bayr, spokesperson for global development, wrote, “Cultural and religious freedom are human rights. Freedom of speech is a human right. Human rights are universally applicable and indivisible, and must be respected in each country.” 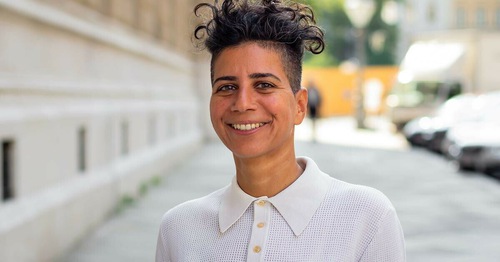 MNC Faika El-Nagashi, civil society spokesperson, wrote, “Human rights violations around the world are systemic. The purpose is to maintain power, suppress criticism through fear, and prevent system changes. The human rights situation in China is worrying–this has been comprehensively documented over the years.” 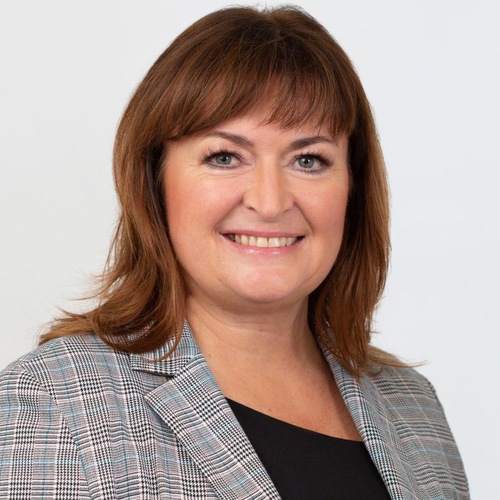 MNC Petra Wimmer, spokesperson for family affairs of the Social Democratic Party, wrote, “I express my condolences to the relatives of Falun Dafa practitioners who died in torture, prison, concentration camp, or illegal organ trafficking. The attention of the international community can arouse people’s attention to these issues, thereby increasing the pressure on the Chinese government to stop [the persecution].” 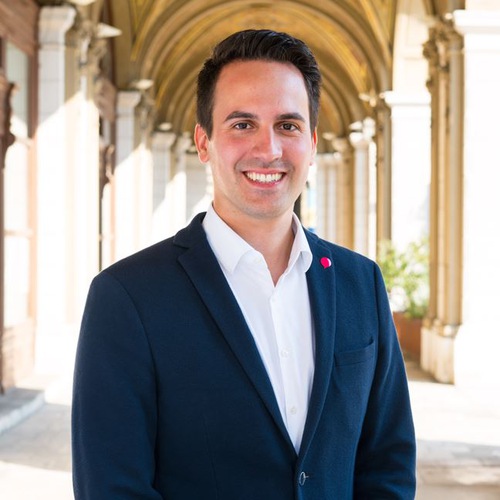 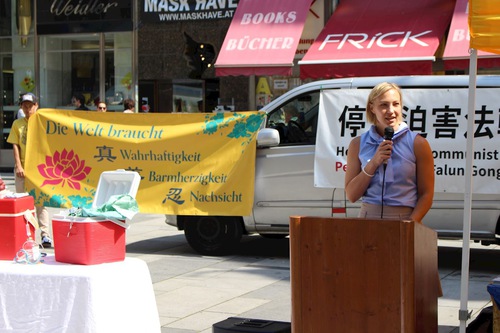 Public Support for Practitioners’ Efforts to End the Persecution

“This is crazy! I never thought that something like this could happen,” a man from Hungary said about the CCP’s organ harvesting. He said he would let more people know about the crime. 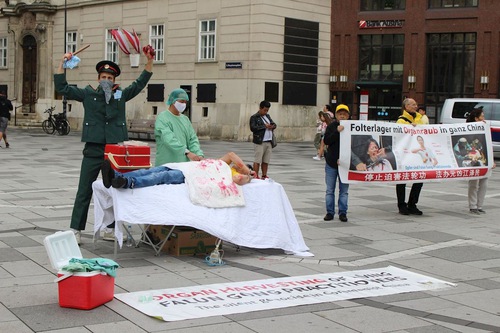 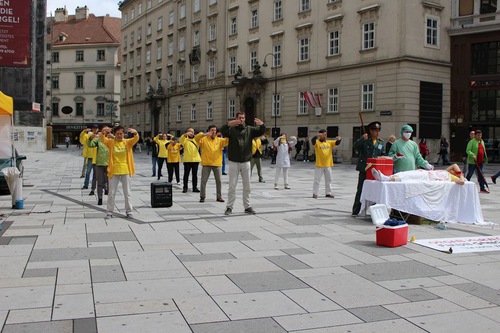 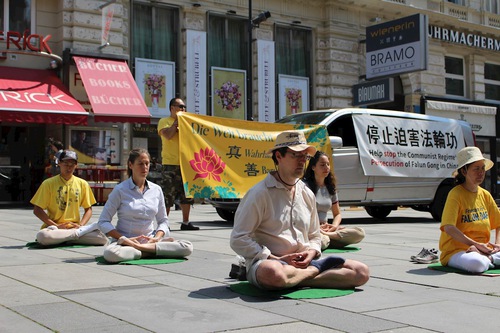 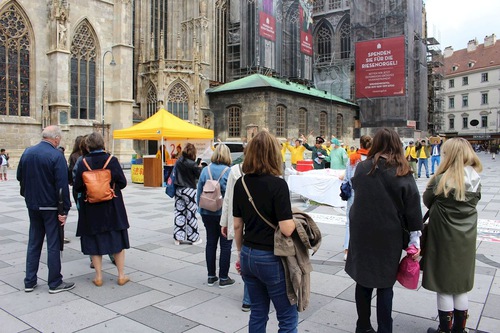 The practitioners’ activities catch the attention of passersby 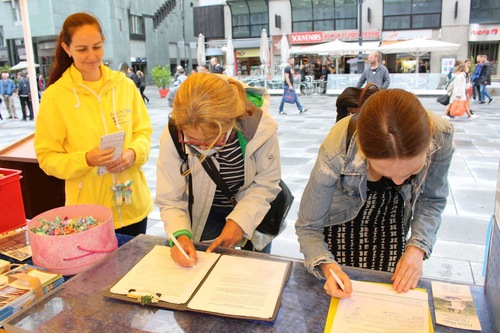 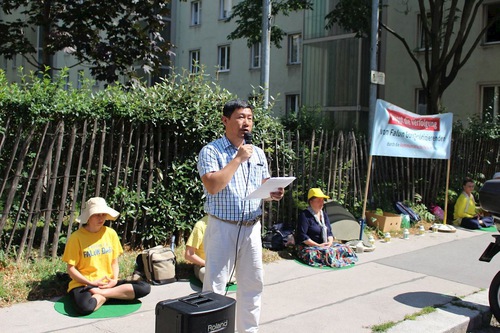 A practitioner speaks in front of the Chinese Embassy.

Falun Gong practitioners conducted activities in Brussels on July 16 to protest the persecution. Over 600 former and current members of parliament and members of state legislatures from 36 countries signed a joint statement condemning the persecution. 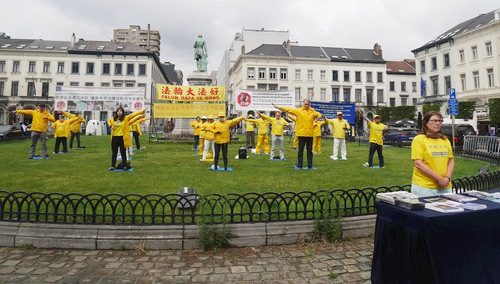 Exercise demonstration in front of the European Parliament 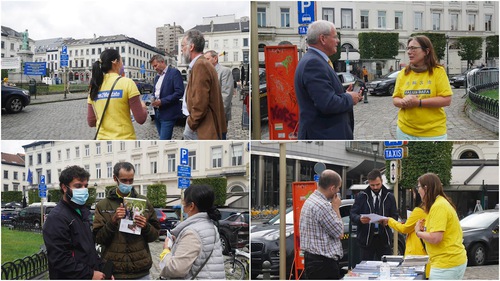 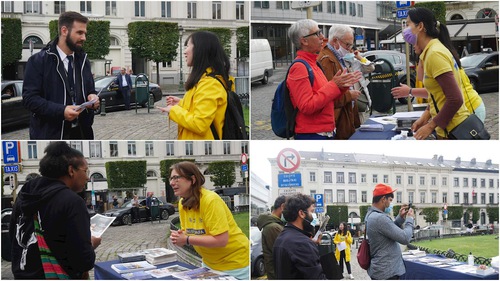 A man named Joel said, “I am a Jew. I think no one should be persecuted because of religion or a certain way of life. This is not right. I have some friends from Tibet, China, and there is persecution there.

“The problem with China is that you don’t know what is going on there because they [the CCP] censor information. This is why many people in Europe do not know the persecution in China. These persecutions should not happen.”

Practitioners held a peaceful protest in front of the Chinese Embassy in the afternoon. 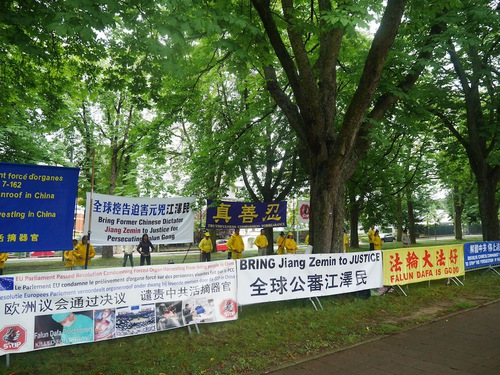 Practitioners protest the persecution in front of the Chinese Embassy

Falun Gong practitioners protested in front of the Chinese Embassy and Piazza Montecitorio beside the Italian Chamber of Deputies on July 20 and 21.

Several members of parliament participated in the July 21 event. In addition, 24 Members of the Italian Parliament and other dignitaries signed a joint statement along with more than 600 dignitaries in over 30 countries.

Lucio Malan, Senator of Forza Italia and Co-Chair of the Inter-Parliamentary Alliance on China, said, “The extreme terrorist act of using human organs to trade is unbelievable, truly terrible and even difficult to tell. But we must learn about it because this fact can help us understand that a regime that has no respect for people can do whatever extreme things.”

Also joining the rally was Giulio Maria Terzi di Sant’Agata, former Italian Minister of Foreign Affairs, Senior Diplomat, and Chairman of Global Committee for the Rule of Law (GCRL). He condemned the CCP’s persecution of Falun Gong, as did several other former and current members of parliament.

Relevant articles in Chinese: Protest in Austria, and protest in Italy.