(Minghui.org) July 20 marks the 21st year of the Chinese Communist Party’s (CCP) persecution of Falun Gong, a peaceful spiritual practice. Elected officials including Members of the Swedish Parliament and Members of the European Parliament signed a joint statement to express their support to Falun Gong and condemn the CCP’s persecution. 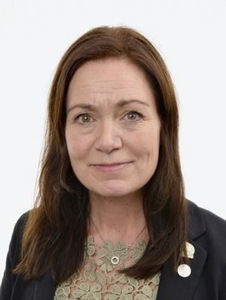 Ann-Sofie Alm, Member of Swedish Parliament and initiator of the joint statement 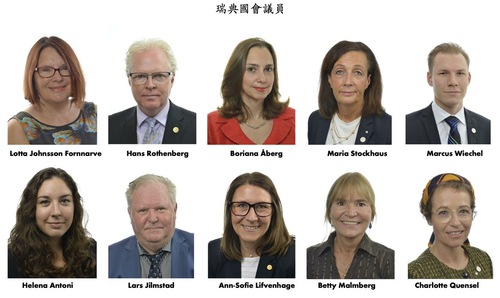 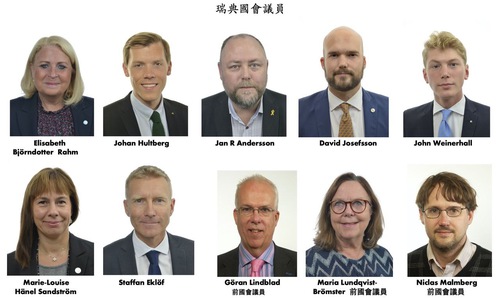 Members of the Swedish Parliament who signed the joint statement

Members of the European Parliament who signed the joint statement

Ann-Sofie Alm, Member of the Swedish Parliament, was the initiator of the joint statement. She issued the following statement:

“Since the beginning of the persecution of Falun Gong practitioners, 21 years have passed till July 20 this year. The free world has gradually realized the cruel treatment of Chinese people by the Chinese Communist Party. I wish people to understand that Falun Gong practitioners are prisoners of conscience. They are imprisoned or incarcerated in forced labor camps or detention centers without trial. There are also reports that they were tortured and even killed for their organs. This is our original intention to launch this joint statement.”

“In fact, the persecution of vulnerable groups in China is the most serious human rights violation in the history of the world. Some international observers and judicial institutions describe it as genocide. Our free world must speak out for the Chinese people. We must unite. Thus, this joint statement is extremely important.”

“The Chinese Communist Party needs to know what the free world wants: this persecution and all other persecutions must end. These atrocities must stop immediately.” 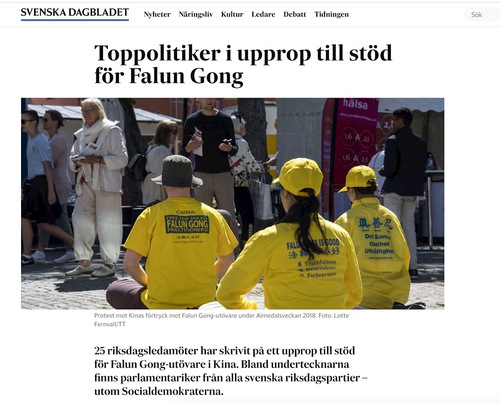 The Swedish Daily (SvD), the second largest daily newspaper in Sweden, reported the joint statement under the headline, “Top Dignitaries Call for Solidarity with Falun Gong”.

Alm said in an interview that this joint statement not only came from Sweden, but a joint statement by nearly 600 lawmakers in 27 countries around the world. She also said that the people of Hong Kong, who are now concerned about their freedom, are fighting against the CCP precisely because the people of Hong Kong have a deep understanding of what the CCP can do. The world is gradually recognizing the nature of the CCP and uniting to resist it.

The deaths of more than 4500 Falun Gong practitioners have been documented since July 20, 1999. Hundreds of thousands of practitioners were imprisoned, incarcerated, tortured, and even subjected to the state-sanctioned live organ harvesting.