(Minghui.org) As of September 29, the coronavirus has infected over 33 million people and killed more than one million around the world. Like many other Western countries, the United States has been awakened by the disinformation and lies propagated by the Chinese Communist Party (CCP) and has begun to reshape its strategy with regard to China.

From the White House to the Department of State to the FBI, officials have recently emphasized the difference between the Chinese people and the CCP. Their announcements call for preserving Western values and for protecting religious belief.

White House Adviser: “That virus was a product of the Chinese Communist party” 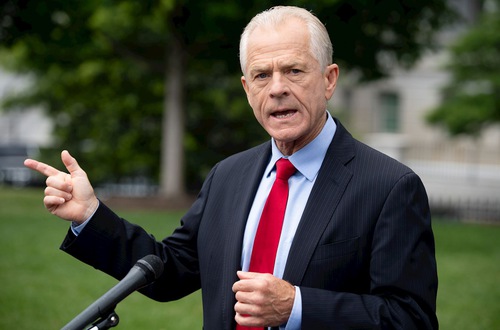 Peter Navarro, Director of the Office of Trade and Manufacturing Policy

In a June 21, 2020 article, the Washington Times cited Peter Navarro, Director of the Office of Trade and Manufacturing Policy, as saying, “That virus was a product of the Chinese Communist party and until we get some information about what happened in those labs or what happened in that wet market we know that virus was spawned in China.”

Navarro reiterated his stance in a Fox News interview on September 13 that the CCP’s mishandling of the coronavirus outbreak has severely damaged the world economy. In particular, “the Chinese Communist Party hit the strongest and most resilient economy in history that President Trump had built. And we had to go into a lockdown because of that.”

The United States canceled flights from China beginning January 31 and the travel ban “saved hundreds of thousands of lives.” After that, protective equipment, therapeutics, testing, and vaccine development were utilized to combat the disease.

The U.S. Administration and “those four vectors of attack has allowed us to reopen the economy, be much better prepared to deal with the Chinese Communist Party virus,” he remarked.

With the resilience of the U.S. economy, he hopes that these efforts will not only “help our people defend themselves from the Chinese Communist Party virus,” but also lead to economic recovery.

Secretary of State: Not Repeating Past Mistakes 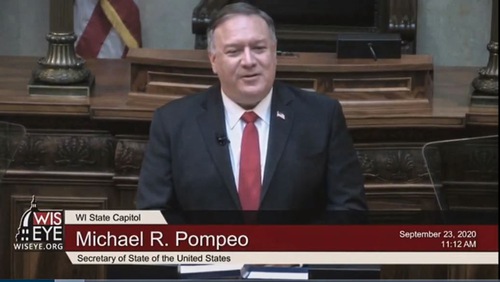 In a speech at the Richard Nixon Presidential Library and Museum in Los Angeles on July 23, U.S. Secretary of State Michael Pompeo said that previous U.S. administrations imagined that engagement with China would produce prosperity. “Today we’re all still wearing masks and watching the pandemic’s body count rise because the CCP failed in its promises to the world. We’re reading every morning new headlines of repression in Hong Kong and in Xinjiang,” he said.

Secretary Pompeo said that, although Western countries helped the CCP grow its economy, the regime in turn took advantage of that aid and harmed the free world. In addition to domestic surveillance and censorship, it has pushed its communist ideology into press conferences, research centers, schools, news media, and the entertainment industry.

The Secretary of State made a distinction between the Chinese people and the CCP. “I grew up and served my time in the Army during the Cold War. And if there is one thing I learned, communists almost always lie. The biggest lie that they tell is to think that they speak for 1.4 billion people who are surveilled, oppressed, and scared to speak out,” he said. “Quite the contrary. The CCP fears the Chinese people’s honest opinions more than any foe [...]”

“And if we don’t act now, ultimately the CCP will erode our freedoms and subvert the rules-based order that our societies have worked so hard to build,” he added.

Secretary Pompeo said that it's especially so with regard to religious freedom. He wrote in a First Things article on September 18 that “it’s clear that the Sino-Vatican agreement has not shielded Catholics from the Party’s depredations, to say nothing of the Party’s horrific treatment of Christians, Tibetan Buddhists, Falun Gong devotees, and other religious believers.” He emphasized that “What the Church teaches the world about religious freedom and solidarity should now be forcefully and persistently conveyed by the Vatican in the face of the Chinese Communist Party’s relentless efforts to bend all religious communities to the will of the Party and its totalitarian program.”

Secretary Pompeo called on the Vatican to uphold religious freedom and said, “The State Department has been a strong voice for religious freedom in China and around the world and has taken steps to hold those who abuse the faithful responsible for their actions. We will continue to do so.”

Top U.S. Diplomat for East Asia: The CCP Is a Lawless Bully 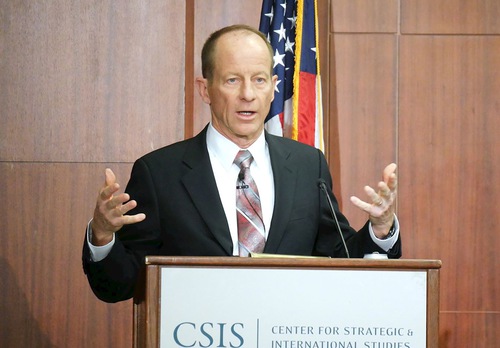 David Stilwell, U.S. Assistant Secretary of State for East Asian and Pacific Affairs, said on September 17 that the United States was not asking other countries to choose sides, but to stand up to China’s “malign” behavior and to protect their own sovereignty and economic interests.

He said in the past several months there had been “particularly egregious examples of Beijing’s conduct.” From the pandemic to conflicts with neighboring countries, many U.S. officials are aware of aggressive moves on the part of the CCP.

Citing recent cases of the CCP’s campaigns to “wipe out” Mongolian and Tibetan culture, Mr. Stilwell said, “These are not the actions of a responsible global actor, but a lawless bully.”

FBI: New Investigations Related to the CCP Every 10 Hours 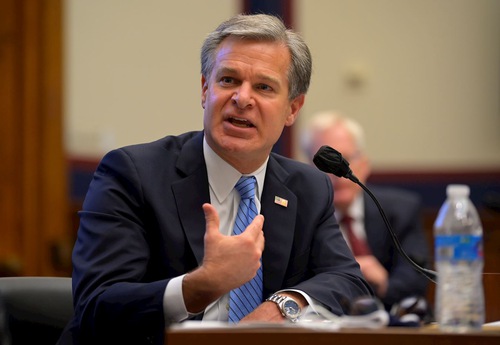 FBI Director Christopher Wray testifies before the U.S. Congress on September 17 about threats from the CCP.

Christopher Wray, FBI Director, spoke at the Hudson Institute in Washington, D.C. on July 7. He said, “It’s the people of the United States who are the victims of what amounts to Chinese theft on a scale so massive that it represents one of the largest transfers of wealth in human history.”

“We are opening a new Chinese counterintelligence investigation about every 10 hours,” he said to the House Homeland Security Committee. Since lots of research and intellectual property are associated with public funding, he said the CCP advances itself by stealing information and wasting taxpayers’ money.

Mr. Wray added that many people in the West are now realizing the threat. “I’m very encouraged by the response we’ve gotten from both the private sector and frankly the academic sector,” he said. “Lately, I think people in this country are starting to wake up to the threat and voluntarily taking appropriate measures.”

Miles Yu, who was born in China and is the principal China policy and planning adviser to the U.S. Secretary of State, said in a June 15 interview with The Washington Times that “the Chinese system is in fact run by a communist party unwilling to be influenced by the outside world and is determined to create a world order of its own.”

He commented, “That system has become a worthy and serious strategic competitor bolstered by a Marxist-Leninist ideology and China-centered nationalism,” which, he said “has allowed China to try to place itself as the moral and political center of the world — at the expense of the Western liberal order and democracy.”

Mr. Yu made further remarks about the CCP's crackdown on democracy on September 22 during an online discussion on Hong Kong hosted by the Canadian think tank the Macdonald-Laurier Institute.

He said that “Hong Kong was an 'experiment to test the validity of [the] Chinese Communist Party’s trustworthiness' which has failed, revealing to the world that they cannot trust Beijing.”

He pointed out that Beijing walked back its promise to maintain the “one country, two systems” for 50 years by “trying to impose communism and totalitarianism on the Hong Kong people.”

He added, “I think the people in Hong Kong have chosen the system of freedom and the rule of law, not the system of communist autocracy in the name of natural unification.”

“Washington DC: Rally at Chinese Embassy Calls for an End to the Persecution”