Top U.S. Officials Condemn the CCP for Its Threat to the Free World (Part 3)

(Minghui.org) As of mid-October, the coronavirus has infected over 40 million people and killed more than one million around the world. Like many other Western countries, the United States has been awakened by the disinformation and lies from the Chinese Communist Party (CCP) and has begun to reshape its strategy with regard to China.

From former New York City mayor Rudy Giuliani to retired U.S. Air Force Brigadier General Robert Spalding, and Sam Brownback, the U.S. Ambassador at Large for International Religious Freedom, officials agree that the CCP has waged a political war with the international community and that Western society needs to act and stop the CCP’s totalitarian expansion. 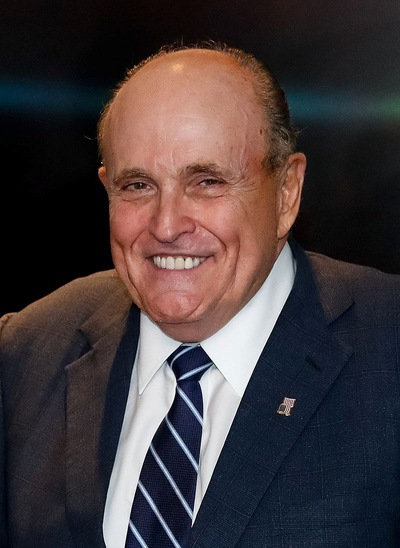 On the same day, he referred to the coronavirus as the “CCP virus” on Twitter. During a recent interview, he explained that using the term of CCP virus would help hold the communist regime accountable for the pandemic. “When they closed down China, they knew how dangerous this was. And they wanted to make sure that the rest of the world was damaged as much as China was. That’s a totally despicable thing to do. You could consider it an act of war if you want,” he added. 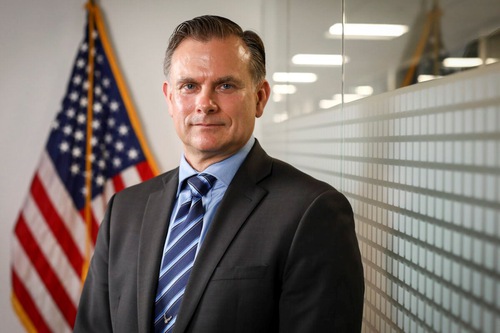 Retired U.S. Air Force Brigadier General Robert Spalding said the CCP has launched political warfare against the U.S. for its own benefits.

In October 2019, Spalding published a book with a title of Stealth War: How China Took Over While America’s Elite Slept. “The media often suggest that Russia poses the greatest threat to America's national security, but the real danger lies farther east... China has waged a six-front war on America's economy, military, diplomacy, technology, education, and infrastructure—and they're winning,” he wrote in the book.

With new development in the past few months, Spalding noticed the CCP has been taking advantage of social media. “Using modern technology to control the narrative in order to have social, political, and economic influence. It’s really a fabulous weapon of war,” he explained.

For example, while the CCP banned Facebook and Twitter in China, it extends its influence to the free world through WeChat and TikTok. When the international community took action against the CCP, it reacted with hypocrisy. “The Chinese Communist Party is completely two-faced and saying, ‘Hey, why are you blocking WeChat and TikTok,’ when they do that, behind the Great Firewall, having spent a lot of time negotiating with the People’s Liberation Army,” he added. 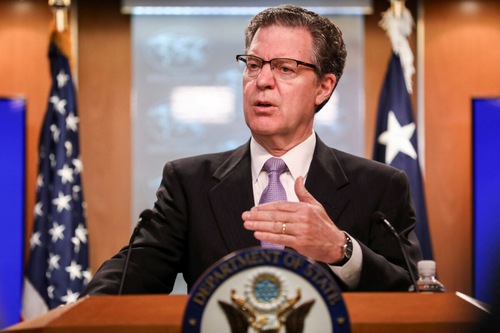 Sam Brownback is the U.S. Ambassador at Large for International Religious Freedom since February 2018.

Sam Brownback, the U.S. Ambassador at Large for International Religious Freedom, emphasized the importance of humanity in a recent article with a title of “Humanity Will Win the Battle for Religious Freedom—Here’s Why.”

“Led by conscience and kindness, people radiate grace all the time, sometimes with simple, unprompted smiles, and others with a gift of love,” he wrote, “Humanity is why religious freedom will always win out against governments and non-state actors seeking to repress and control it.”

In a recent interview, he explained that it is in the innate nature of the human being to have dignified freedom. “We want to be free, and there is just no government that over an extended period of time can suppress that. What we’ve seen taking place recently, certainly within the last couple of decades, is really governments confining these human rights and human dignity, particularly on religious freedom,” he added.

One example is the CCP. He said China is at war with faith, targeting groups such as Tibetan Buddhists, Uyghurs, and Falun Gong practitioners. “For years, the world kind of turned a blind eye to what the Falun Gong was saying about organ harvesting,” he remarked, adding now there are numerous reports that confirm the existence of forced organ harvesting.

He called on more support to the religious belief. “The Communist Party, communism as a philosophy, has had trouble with faith from its very beginning. It’s always persecuted faith,” he explained, “If you don’t stand up to the bully, they just keep coming.”

He said there are many things we can do as individuals. “I hope people will really engage on this topic on a personal level, make it something that they become educated about, and advocate to their elected representatives, to people that they’re around, that they write about it because the human rights projects around the world have been in decline for the last 20 to 25 years,” he concluded.

Top U.S. Officials Condemn the CCP for Its Threat to the Free World (Cont.)