The Tianjin practitioners were released following the peaceful appeal, but three months later, on July 20, 1999, Jiang Zemin, then-head of the Chinese Communist Party (CCP), launched a nationwide persecution campaign against Falun Gong and practitioners that continues to this day.

To commemorate the April 25 appeal, Falun Gong practitioners across the world hold events each year and raise awareness of the CCP's persecution, especially the state-sanctioned live organ harvesting.

Several hundred Falun Gong practitioners gathered in front of the Chinese Consulate and held a candlelight vigil on April 24, 2019. They commemorated the practitioners who have died during the persecution, and called on the CCP to immediately end it. 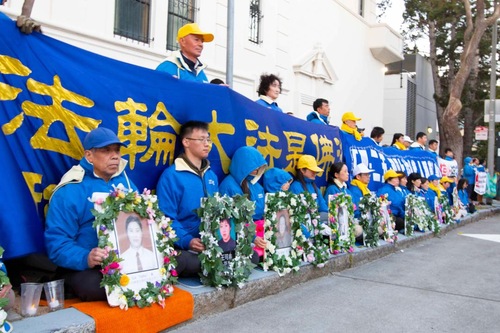 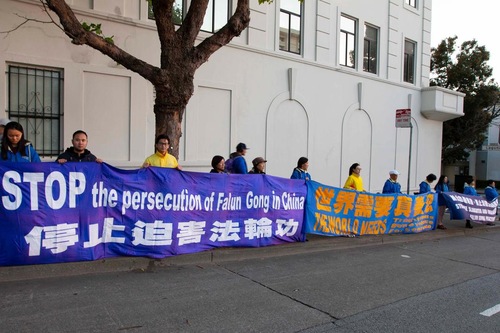 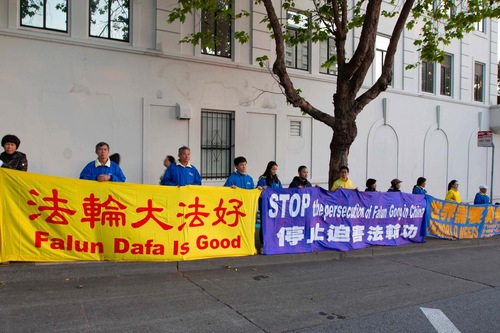 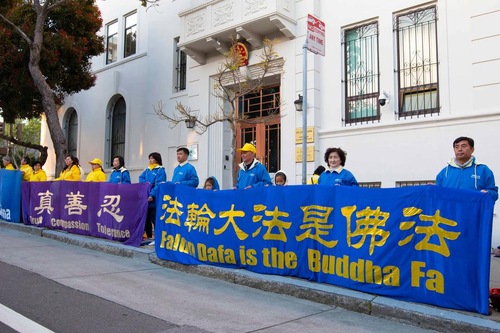 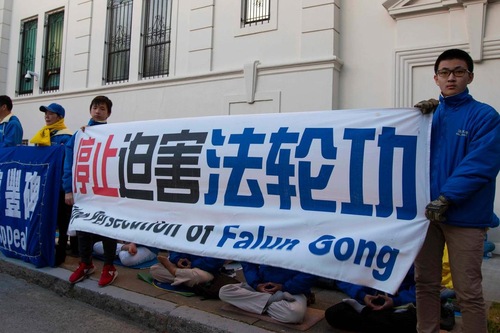 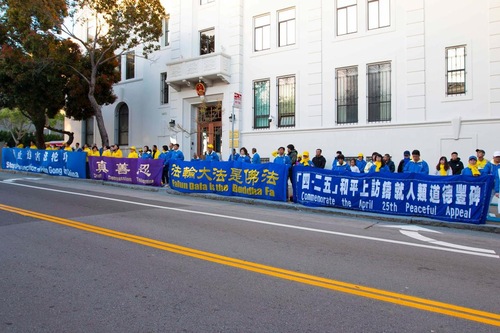 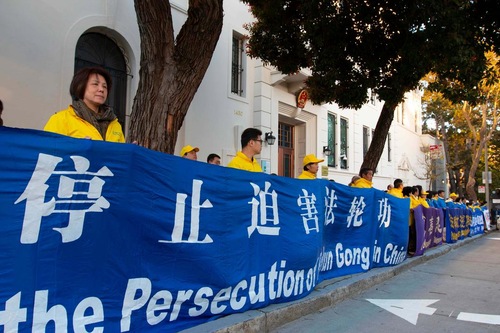 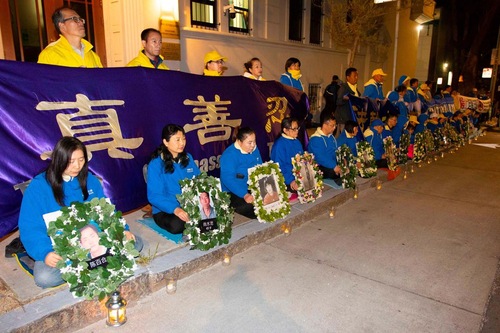 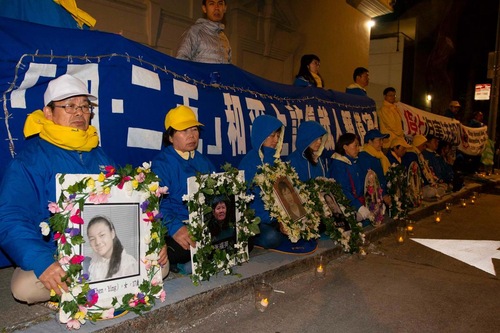 Luis Martinez, a tourist from Mexico, stopped to watch the practitioners as they did the exercises. He said, “This practice looks so good. I like it very much. I heard that the Chinese communist regime does not want people to practice Falun Gong. Why is the regime persecuting it?”

After hearing about the state-sanctioned organ harvesting from practitioners while they are still alive he said, “This is so sad. I wish you good luck.”

Frank Blythe, who attends school in San Francisco, stopped and joined practitioners in doing the exercises. He said afterwards that the exercises made him feel that his body and mind were one. “I can feel the energy in my hands and my body. When I changed my posture, I felt the energy flowing through my body.”

About the CCP's persecution and the live organ harvesting, he said, “It's too horrible!”

Practitioners held a rally in downtown Seattle’s Westlake Park on April 20, 2019. While they did the exercises several passersby stopped to watch and read the information about Falun Gong and the persecution. 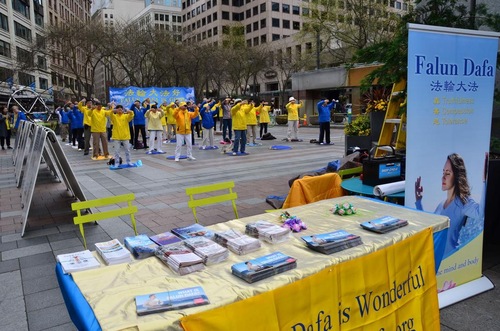 Practitioners demonstrate the exercises in Seattle's Westlake Park on April 20.

A couple from Toronto, Canada, said that the CCP would be punished for its crimes. Before leaving, they hugged the practitioner who talked with them and thanked her.

Falun Gong practitioners from Ottawa did the exercises and held a rally across from the Chinese Embassy on April 25, 2019 to commemorate the 20 th anniversary of the April 25 appeal. 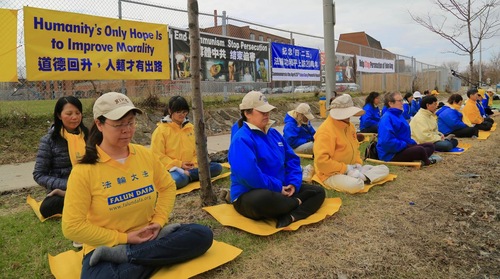 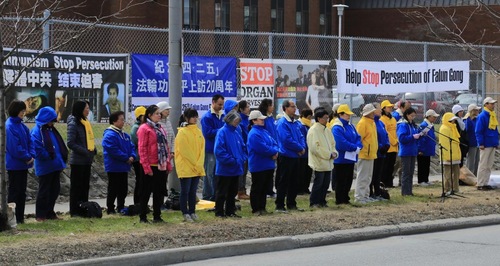 Rally in front of the Chinese Embassy in Ottawa on April 25.

Falun Gong practitioners held a rally in front of the Chinese Embassy on April 25, 2019. 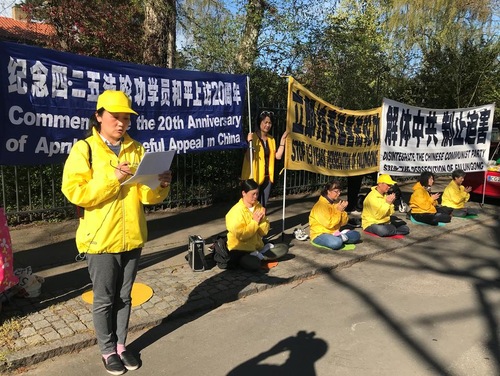 Rally in front of Chinese embassy in Denmark on April 25, 2019 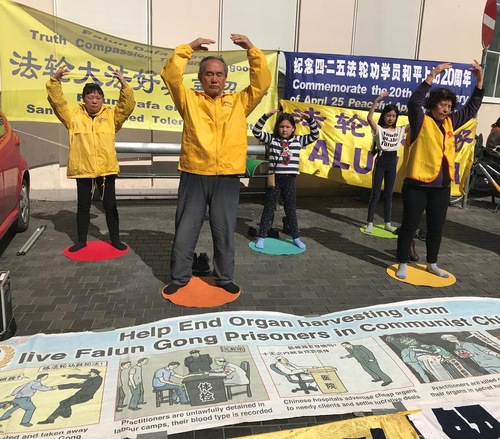 Practitioners do the exercises in downtown Copenhagen.

On Saturday, April 20, practitioners gathered in downtown Copenhagen and did the Falun Gong exercises. Many people paused to watch and took information about Falun Gong and the persecution.

Intrigued, one middle-aged couple wished to learn more about the April 25th appeal. The lady said, “I feel a positive energy when I'm near practitioners. My abdomen was painful earlier. Now I feel warm and comfortable. This is marvelous!

She excitedly said, “Falun Gong must be very good. I will browse the Internet and learn more about it. I'd like to try practicing.”

Related articles in Chinese:Rally in SeattleRally in Ottawa, Canada Rally in Denmark