Home > Persecution > Accounts of Persecution
Lhasa Couple Imprisoned for Fourteen Years for Their Faith
Dec. 30, 2019 | By a Minghui correspondent in China

(Minghui.org) Mr. Zhao Longzhi and his wife, Ms. Luo Na, are scheduled to be released on January 20, 2020, after serving 14 years in prison for their faith in Falun Gong, a meditation practice that has been persecuted by the Chinese communist regime in the past 20 years.

Mr. Zhao and Ms. Luo, both 44, were employees at Najin Power Plant in Lhasa City, Tibet prior to their arrests in January 2006. They were Falun Gong volunteer assistants in Lhasa before the persecution started on July 20, 1999. 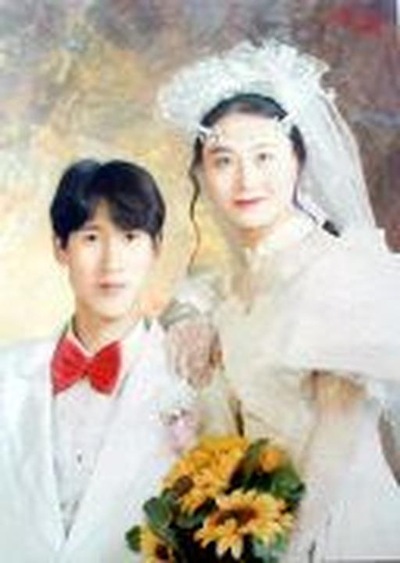 Sent to Forced Labor Camps for Appealing for Falun Gong

With the onset of the persecution, the couple headed out on a journey of thousands of miles to Beijing to appeal for the right to practice Falun Gong. Before they arrived in Beijing, they were arrested by police from the Tibetan Police Department who had been following them. They were taken back to Tibet and placed under surveillance.

Mr. Zhao and Ms. Luo eventually made a trip to Beijing in 2000. They were arrested and beaten in Tiananmen Square. After being sent back to Tibet, they were both given two years of forced labor and held in Lhasa Forced Labor Camp.

The labor camp authorities held them for fifteen extra days when their terms ended, as they refused to write guarantee statements to renounce their faith. After returning to work, the couple was placed under strict surveillance. They were not allowed to take any time off work.

Ms. Luo became pregnant in 2003. She and her husband were finally granted leave to deliver their child in Mr. Zhao's hometown in Henan Province. Knowing that they'd be under strict surveillance and given no time off upon returning to work, the couple asked Mr. Zhao's parents to take care of the baby.

Sentenced to Prison for Distributing Information About Falun Gong

Mr. Zhao Longzhi has been held in Niedang Village Prison, Qushui County, Tibet. He was forced to perform unpaid labor and suffered inhuman torture, both physically and mentally. He lost a few front teeth and has much difficulty eating.

Ms. Luo and Ms. Zhao have been imprisoned in the Lhasa North Urban Autonomous Region Prison (also called No. 1 Prison for that region). Ms. Luo was force-fed many times and suffered beatings and other types of torture. They were deprived of visitation rights, and not allowed to write or call their families.

Couple Has Not Seen Their Son for 15 Years

The couple’s son has been raised by Mr. Zhao’s parents in Henan Province since he was born. The last time the boy saw his parents was in 2004 when he was only a few months old. He has no recollection of his parents and often asks about them.

In addition, after Mr. Zhao and Ms. Luo were imprisoned in 2008, their family found out that police had confiscated their bank saving cards, total over 40,000 yuan. However, when Mr. Zhao's parents asked for the bank cards back, they were given the runaround between the police, the Procuratorate, and court officials. It is not clear if the family ever retrieved the bank cards.

Wu Yingjie, Party secretary of the Tibetan Autonomous Region, was one of the high-ranking officials in the region responsible for persecuting Falun Gong practitioners.

Practitioners Mr. Zhao Longzhi and His Wife Ms. Luo Na from Tibet Each Unlawfully Sentenced to 14 Years in Prison

“No Issue Is Too Small – Hints from My Dreams”