(Minghui.org) The Art of Zhen, Shan, Ren Exhibition was held at the University of Toronto on October 16-17, 2019. Choose Humanity, a student club, hosted the exhibit which consisted of eighteen paintings about Falun Gong and the peaceful protest against the Chinese Communist Party’s (CCP) persecution. 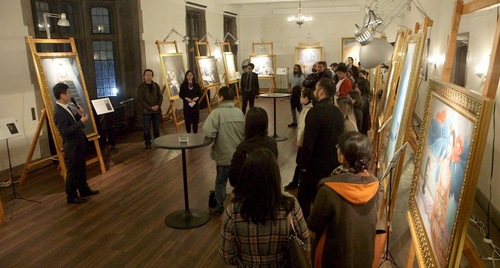 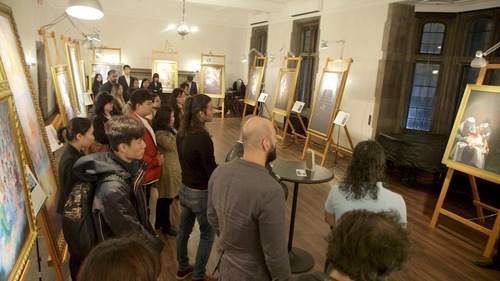 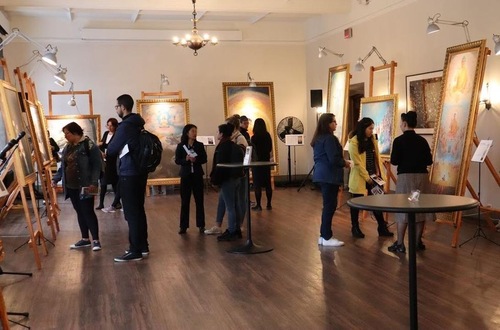 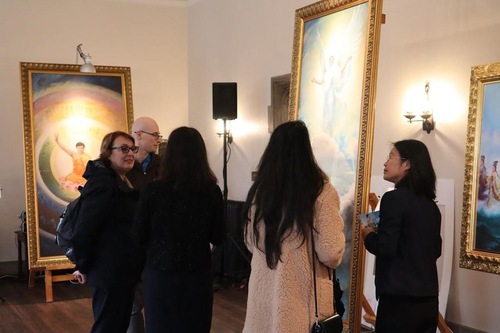 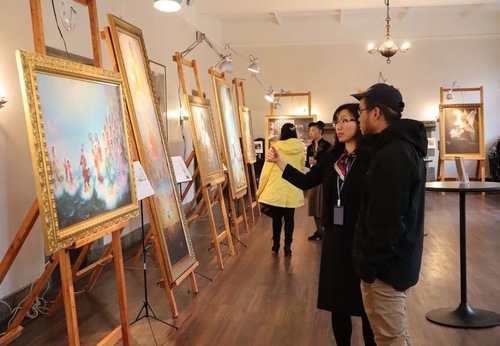 Many students and tourists viewed the Art of Zhen, Shan, Ren Exhibition at the University of Toronto, October 16-17, 2019. 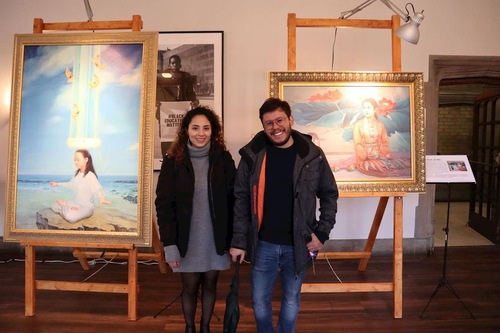 Xiomara and Christia, undergraduate students from Mexico, visited the exhibition. This was the first time they heard of Falun Gong. Christia said, “Thank you for opening my eyes. It is my pleasure to come across Falun Gong. I would like to learn Falun Gong.”

He was shocked to learn of the CCP’s persecution, and said, “This is terrible. I believe these crimes will be punished.”

Xiomara said, “My favorite painting is ‘After the Parade’, because I think that through practicing, one can reach the state of the woman in the painting. I really want to be like her. She looks very calm.”

She said, “When we were in Mexico, we did not know about the persecution at all. So this is the first time we are hearing of the persecution. Thank you for letting us know this.” 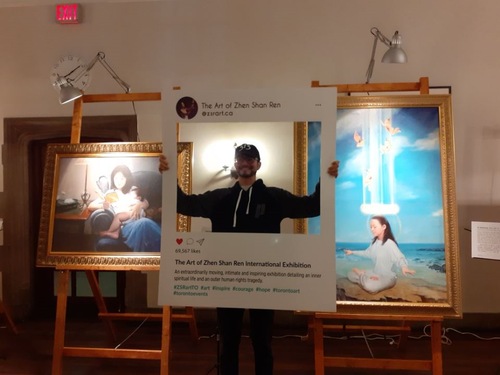 Kian said, “Falun Gong is awesome,” and that he's interested in learning more about it.

Kian is a student in the Department of Economics and the Department of Biology. He said he learned Chinese when he was in high school and became interested in Chinese culture, but this was the first time he heard about Falun Gong.

He said, “As soon as I saw the three words 'Truthfulness, Compassion, and Forbearance,' I came to see the paintings.”

He said, “These three words are wonderful and very good principles.”

He happily accepted a hand-folded paper lotus flower and carefully put it away to avoid damaging it. He said, “I will participate in the nine-day Falun Gong teaching session.” 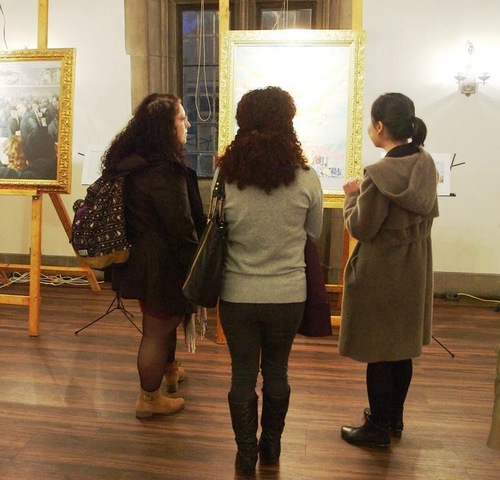 Perouz (first from left) viewed the paintings. She said, “The CCP's live organ harvesting is appalling.”

Perouz, a human resources manager at an international law firm, said, “The painting ‘Homeless’ is very touching. Its composition is good and clearly shows the persecution in China: a little girl can’t step into her home, and has tears in her eyes. She is truly sad.”

She said, “The exhibition delivers a powerful message: the CCP’s live organ harvesting for lucrative profit is appalling.”

The painting “Homeless” describes a true story that occurred in a village in China. Returning home from school, a little girl found that her parents were arrested for their belief in Falun Gong. Her home was sealed by the 610 Office, an extralegal organization in charge of the persecution. She became homeless. 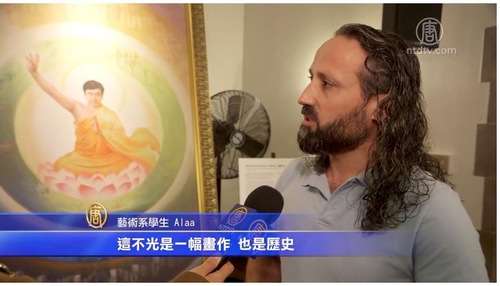 Alaa, a student of the Department of Arts, views the paintings.

Since its debut in the U.S. Capitol in Washington, DC in July 2004, the Art of Zhen Shan Ren International Exhibition has been held in more than 300 cities in over 50 countries.

“My Understanding of Blindly Following Other Practitioners”

“71-Year-Old Woman Detained for Her Faith”