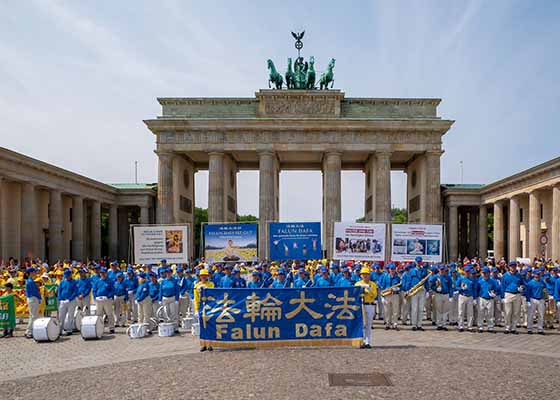 Many people took videos and pictures of the colorful Falun Gong parade. One family was very familiar with the human rights crisis in China. The father said, “It is horrible that peaceful people like Falun Gong are being persecuted in China. The Chinese government tries to show the world it is aboveboard, but inside China they persecute their own people. Everybody should pay attention to it.” 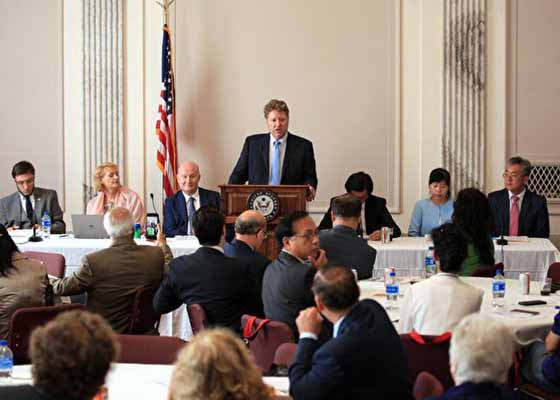 Three Falun Gong practitioners were invited to present on the persecution of the spiritual discipline by the communist regime in China. The documentary Letter from Masanjia was screened during the three-day summit. The conference in Washington, D.C. was attended by foreign ministers from more than 40 countries and civil society representatives from over 80 countries. 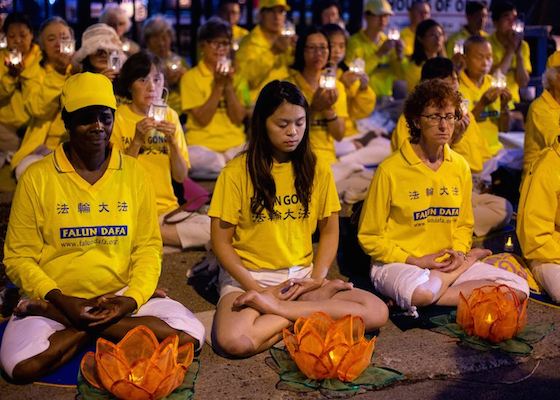 In July 1999, the communist regime banned Falun Gong, making 100 million Chinese people a target of persecution for their belief in Truthfulness-Compassion-Forbearance. Nineteen years later, practitioners around the world continue their efforts to end this massive tragedy. At events all across North America, practitioners performed the peaceful exercises, marched in parades, and held up banners and posters calling for an end to the brutality.

In the last two weeks, Falun Gong practitioners all around the world have held events to call for help to stop this human rights crisis.

Australian: Zhuan Falun Set Me on a Cultivation Journey That Has Been Going Strong for 19 Years and Counting

"I realized that so many things I’d grown up believing were true hadn’t helped me make sense of the world. But after reading Zhuan Falun, my thinking on many things was turned completely upside down, and things started to make so much more sense."

Looking Back at My Cultivation Path

A farmer from an ordinary family recounts his extraordinary journey, where he started as a violent domestic abuser and turned into a genuine cultivator.