(Minghui.org) Human Harvest, an award-winning documentary which exposes the Chinese Communist Party's (CCP) organ harvesting from living Falun Gong practitioners, was screened at the Iris Theatre in Adelaide, South Australia on the evening of December 6, 2018. The audience actively engaged in a discussion with invited guests on how to stop the CCP's crimes against humanity and its infiltration of Australia. 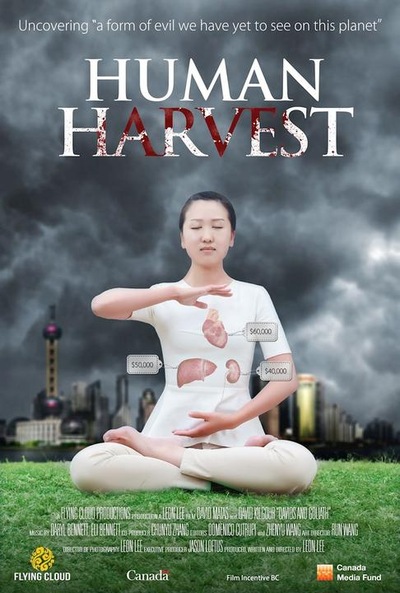 Human Harvest, a winner of the prestigious Peabody Award, recounts how Nobel Peace Prize nominees David Matas and David Kilgour independently investigated China's organ harvesting from living Falun Gong practitioners, and its illegal organ trade. The documentary features interviews with former patients who received organ transplants in China, a Chinese surgeon's ex-wife, Falun Gong practitioners who have been imprisoned in China, and an armed police officer who witnessed organ harvesting, among others, over the past ten years.

Australia Needs to Have a Stronger Voice

Deputy Mayor Damian Wyld commented that Australia needs to have a stronger voice and take more action to combat the CCP's forced organ harvesting. He said, “It is important to have conversations one-on-one. It has been 12 years now since Australians have started to learn about the issues around forced organ harvesting and illegal transplants.”

A few days before the screening, MP Kevin Andrews, chairman of the Human Rights Sub-Committee of the Joint Standing Committee on Foreign Affairs, Defense, and Trade, had submitted a report on human organ trafficking and organ transplant tourism to Parliament. Mr. Wyld said it was important to let more people know about it and continue raising awareness worldwide.

Mr. John Xiao discussed how The Epoch Times newspaper has been following this issue, and how Australian society has changed its views from skeptical to deeply concerned.

Ms. Anastasia Lin recounted how she was denied entry into China for the Miss World finals because of her open criticism of the CCP's human rights abuses, and how her father has been threatened by Chinese police.

Ms. Lin said, “I was most inspired by a Falun Gong practitioner called Sun Yi. He had been imprisoned in Masanjia Forced Labor Camp in Liaoning Province of China. He refused to give up under persecution and sent 22 SOS letters through the slave-labor products. One of the letters, hidden in a Halloween decoration, was found by an American woman. She published the letter on social media, which received worldwide attention. He had done so much to tell the world about what's happening, given his hard situation. I had no reason to keep silent. Sun Yi's tenaciousness and wisdom had encouraged me all the time, and led me here today.”

Audience member Mr. Wilson said that he thought the CCP's persecution was irrational and that we all have the responsibility to tell people what's going on and to work to bring it to an end. 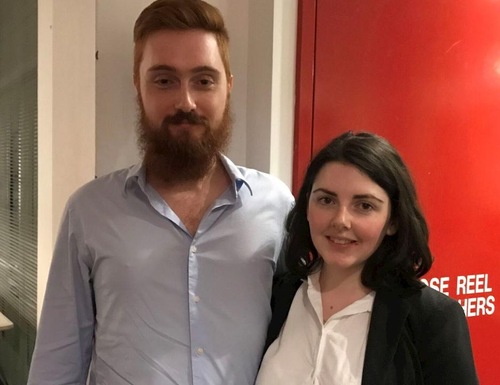 Mr. Wilson (left) and Amy have gained a deeper understanding of the CCP's human right violations through the documentary.

Amy, another audience member, said that the five-thousand years of Chinese culture was beautiful and admirable, but it was sad that the CCP destroyed it in a matter of years.

Many in the audience said they were happy to see so many brave people stepping out to make their voices heard. They had not only gained a deeper understanding of the nature of the Communist Party, but also felt encouraged and gained hope through the documentary and discussion.

Hon. Tammy Franks, Member of Legislative Council of South Australia, invited Ms. Anastasia Lin to afternoon tea at Parliament House on December 6. The Hon. Tammy Franks said, “Human rights, freedom of speech, and transparency are all very important. I'm very passionate about all of these. I'm passionate about true democracy and truth in that democracy. This parliament has been talking about the issue [organ harvesting] and taking what actions we can at the state level for a few years now.”

Many other members of the Legislative Council also came to talk to Ms. Lin and expressed their concerns with the CCP's organ harvesting and infiltration in Australia. 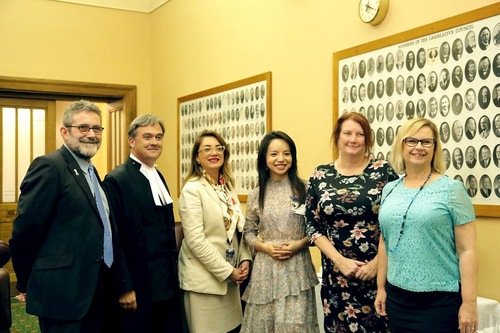 Radio station 5EBI (103.1FM) interviewed Anastasia over the course of two days about her journey of advocating for human rights.

Mrs. Lisa Braun, city councillor of Salisbury, met with Anastasia and commented that the CCP's atrocities were unacceptable and its infiltration into Australia was alarming.