(Minghui.org) The Shen Yun Symphony Orchestra concluded its 2018 tour on October 20, 2018, at the Chicago Symphony Center in Chicago, Illinois. This season, the Orchestra performed in eighteen cities in Asia and North America. 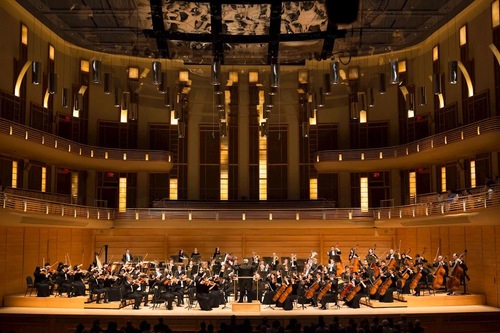 Shen Yun Symphony Orchestra at the Music Center at Strathmore in North Bethesda, Maryland, on October 10, 2018 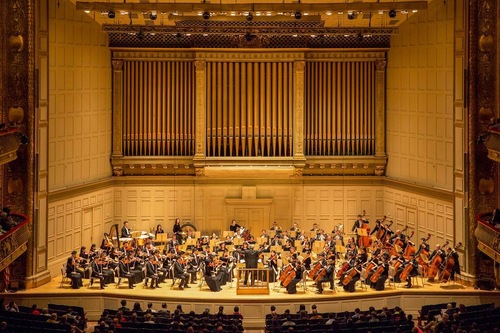 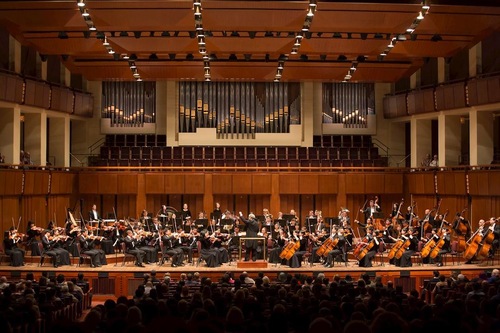 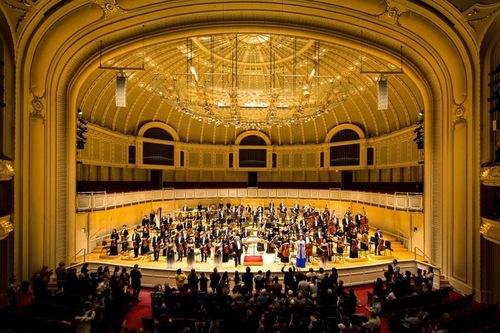 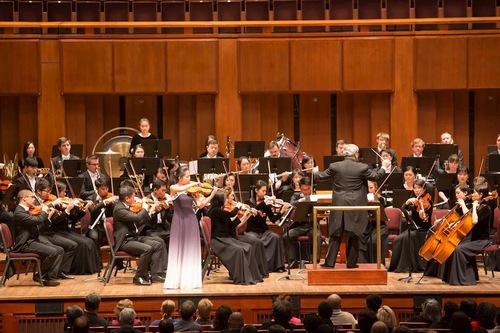 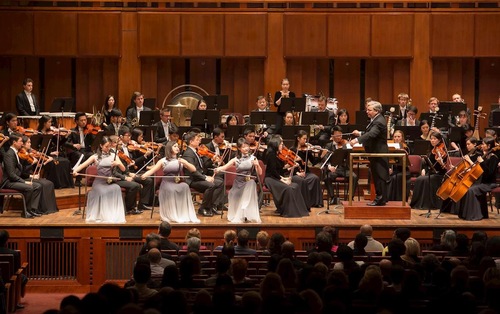 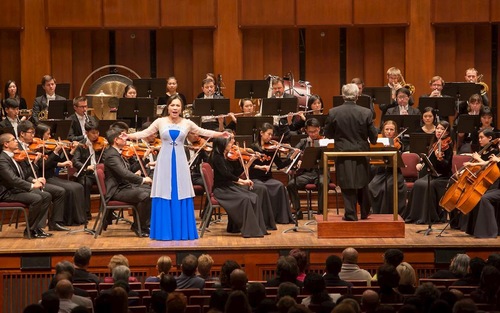 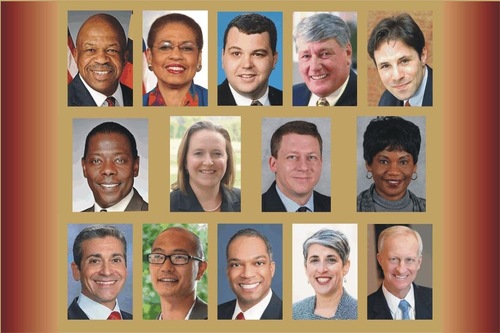 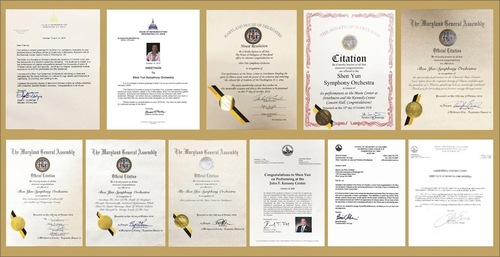 Prior to their visit to the Washington metropolitan area, the Shen Yun Symphony Orchestra received citations, congratulatory remarks, and welcome letters from elected officials in Maryland.

“I Felt It Deep Down Inside My Soul” 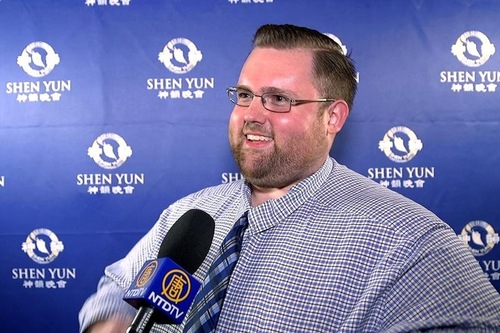 Jonathan Friberg heard the Shen Yun Orchestra play at the Symphony Center in Chicago on October 20, 2018.

“I felt it deep down inside my soul, like the deepest part of my soul,” said Jonathan Friberg, a compliance analyst.

“It was really, really good—and as soon as the first song started playing, I actually started crying. That is how much it hit me,” he said.

“It was probably the best performance I have ever been to... It made me feel like everything is going to be okay.” 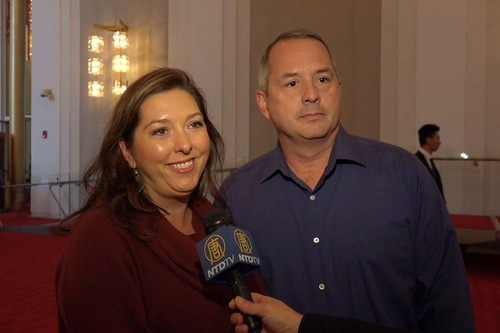 Claude Claflin with his wife Christa at The Kennedy Center Concert Hall in Washington, D.C., on October 14, 2018

“It was life-changing,” said his wife Christa. 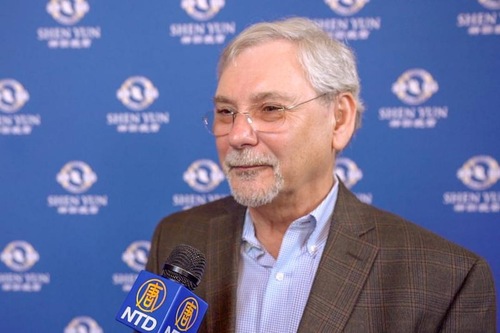 “Look at all these people performing as one. The appreciation of that is—how that happens is incredible—it’s just something you don’t see normally in life,” he said.

“I really believe music like this, as a psychologist, stimulates certain parts of your brain. I truly believe that. It touches the emotionalism of who we are as beings,” Mr. Colosi explained.

“It can be stimulating, but it also can be very calming, too. I think music puts things in order in your brain. It kind of settles your brain, relaxes your brain,” he said.

“Always Lifts Me Up” 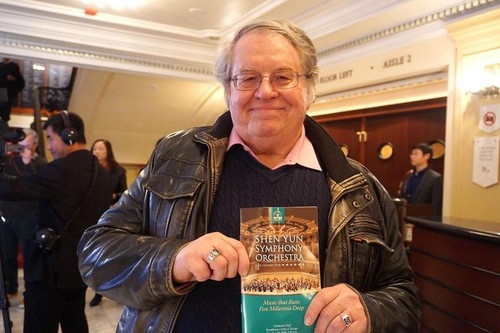 Jim Percic, vocational rehabilitation counselor, at the Symphony Center in Chicago on October 20, 2018

“I have come here the last three times [the Shen Yun Orchestra] has been here and enjoyed it every time,” said Jim Percic, a vocational rehabilitation counselor.

“I like the mix of the Chinese and the Western music and I like the way they balance it within the pieces—it’s beautiful,” he said.

“Music is a very spiritual thing, in my opinion, and this just always lifts me up.”

“Just Made You Feel Good” 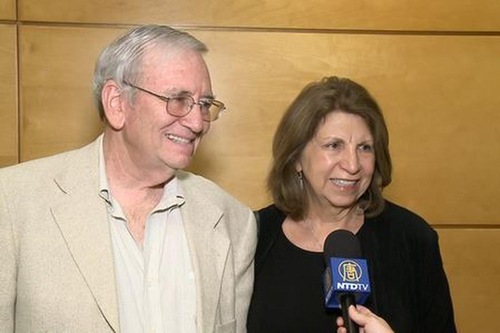 Charlene Rivera, retired professor and former executive director of the George Washington University Center for Equity and Excellence in Education, with Charles Stansfield, retired researcher and businessman, at the Music Center at Strathmore in North Bethesda, Maryland on October 10, 2018

“It was a very excellent performance. I enjoyed it greatly... It was very, very beautiful; beautifully done,” said Charlene Rivera, a retired professor.

“The history... also the way the music is described in terms of bringing you to the garden—there are reminiscences of dancers taking you to the creation scene, and demonstrating all of the different emotions that go through people’s minds. I loved the performance,” she said.

“It was very melodic, and also just made you feel good. The mixture [of Western and Eastern instruments] was wonderful. The musicians are wonderful,” said Ms. Rivera. 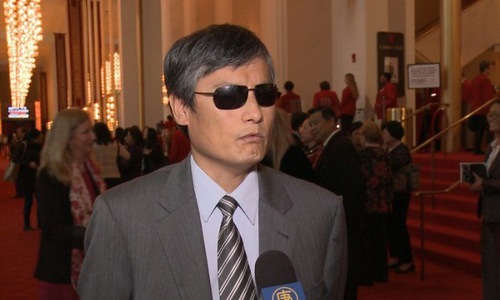 “I was truly touched. On the whole, I could sense both its overwhelming powerfulness and its subtlety,” said Chen Guangcheng, a Chinese civil rights activist.

“Both its magnificent momentum and tenderness are very touching... The same piece of music can move audiences to tears and make them feel exhilarated, regardless of whether they are Chinese or Westerners,” he said.

“I am a man who likes Mother Nature. When it comes to the erhu ensemble, [which played “Ancient Melody”], I seemed to vividly feel it transform from a steady flow of a stream into overwhelming turbulence, and then return to a state of peaceful water.

“Clarifying the Truth at My School and the Ministry of Education”

“The Old Forces Are Gigantic Impediments to Our Cultivation: Reflection after Reading Master's Article “Be Clearheaded” (Part 1)”