(Minghui.org) Last weekend, Falun Gong practitioners all over the world held activities condemning the 17-year persecution in China, and calling on the public to help stop it. This report covers the activities in San Francisco and Chicago.

Practitioners in San Francisco held a candlelight vigil in front of the Chinese Consulate. 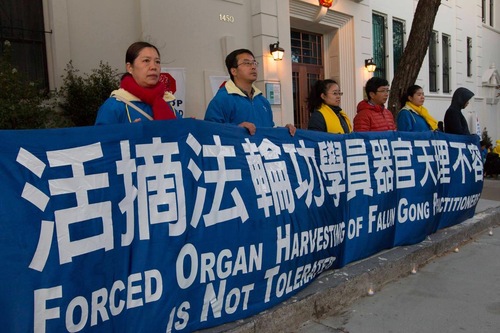 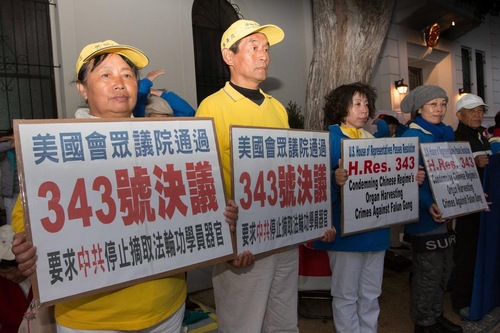 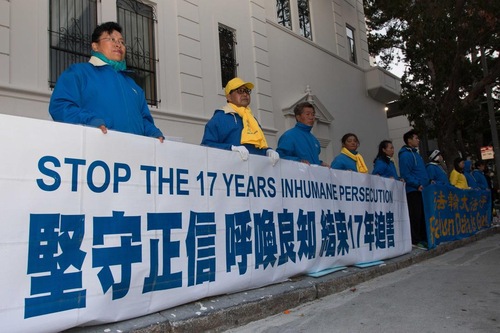 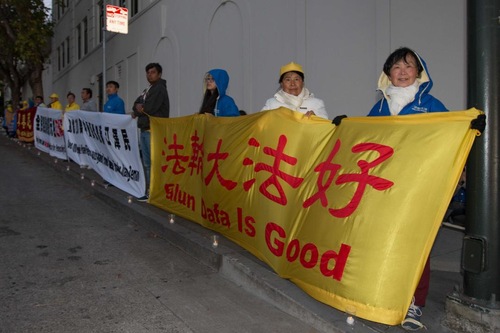 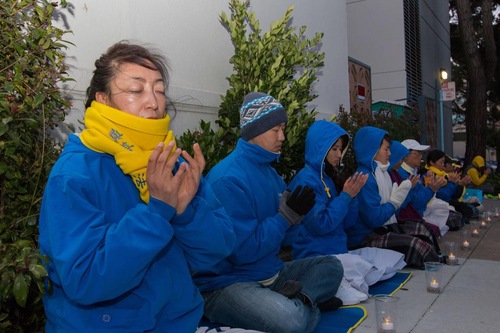 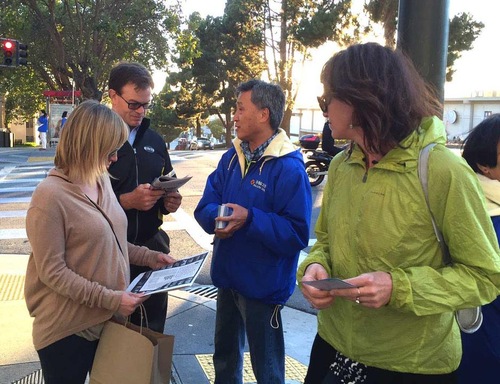 Talking to people about Falun Gong and the persecution.

At the vigil, several practitioners talked of their personal experiences of being persecuted and tortured in China.

Mr. Wang Liansu escaped China last year. He was imprisoned twice. The police stripped him and shackled him using seven locks and steel frames. They poured cold water on him and shocked sensitive body parts with electric batons.

Mr. Wang's sister was tortured to death because of her belief. “More than ten practitioners, who were imprisoned with me, died in prison due to the severe tortures,” he said. 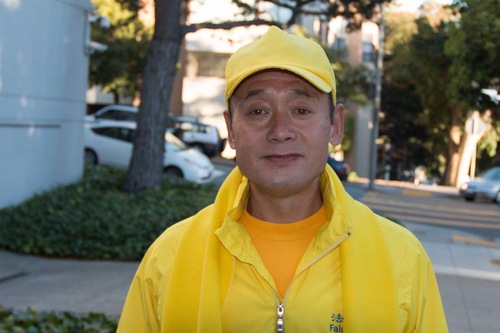 Mr. Wang spent a total of more than 10 years in jail. He called for the public to help bring the murderers – the perpetrators of the persecution – to justice.

Practitioners in Chicago held a rally in front of the Chinese Consulate, exposing the the persecution and the state-sanctioned forced organ harvesting in China. Many passersby showed their support for the practitioners' peaceful resistance, and thanked them for their efforts.

At the rally, several practitioners recalled the launch of the persecution on July 20, 1999.

Mr. Huang Kui, who was a Ph.D. candidate at Tsinghua University back then, said, “I heard that many practitioners were arrested on July 20 all over China, so I and my friends went to the government appeals office requesting their release the next day. However, the appeals office was full of policemen waiting for us. We were all arrested, and they took us to a stadium in a suburb of Beijing, where I saw policemen beating male practitioners. One of my friends, a Ph.D. candidate at Tsinghua, was bleeding.”

Ms. Zhang Xiaofeng from Chengdu told of a similar story in a different city. “In Chengdu, thousands of Falun Gong practitioners went to the provincial government office to appeal on July 21, 1999. However, armed police were waiting for us there. We were all arrested,” said Ms. Zhang, who was a college teacher in Chengdu at that time. 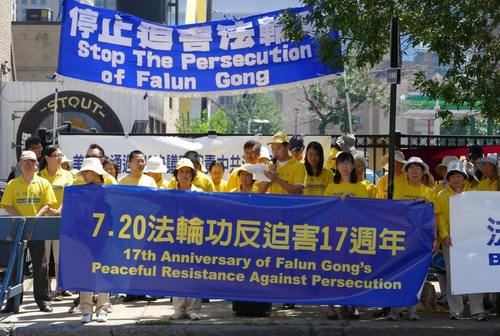 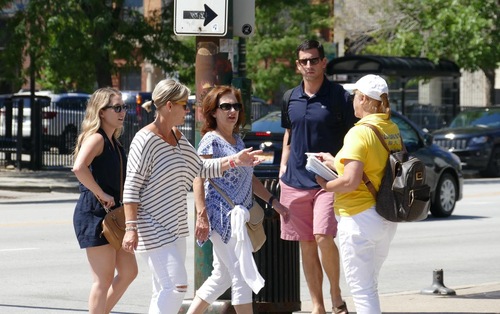