In Pingtung, a number of activities were held at various tourist sites, including a photo exhibition, exercise demonstration, a banner wall, bicycle rally, and candlelight vigil. 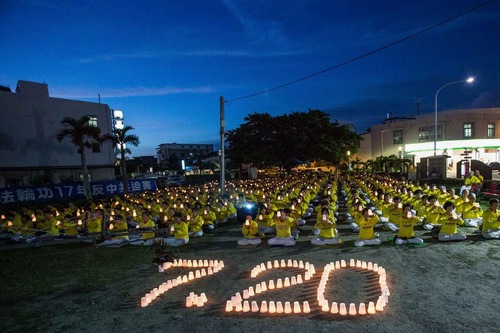 Candlelight vigil in Pingtung, to mark 17 years of peaceful resistance against the persecution in China, which began on July 20, 1999. 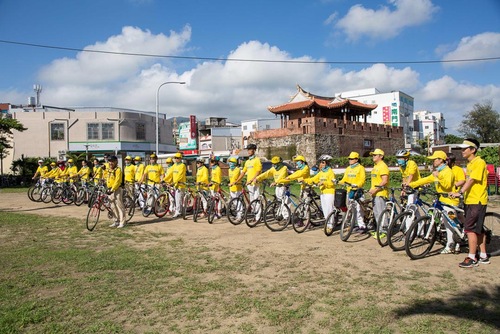 The bicycle rally is about to take off. 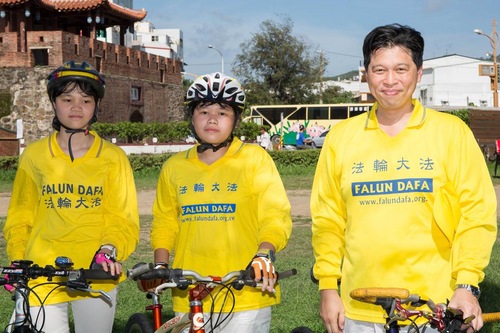 Zhang Hengwei and his daughters plan to pass out Falun Gong materials along the ride. 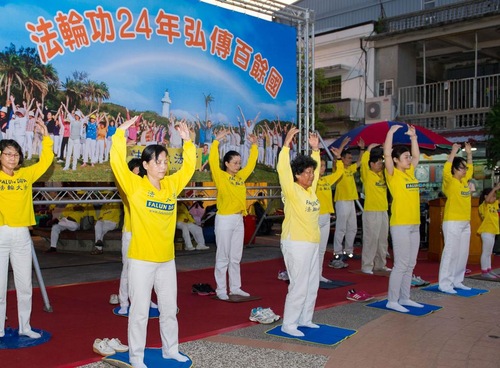 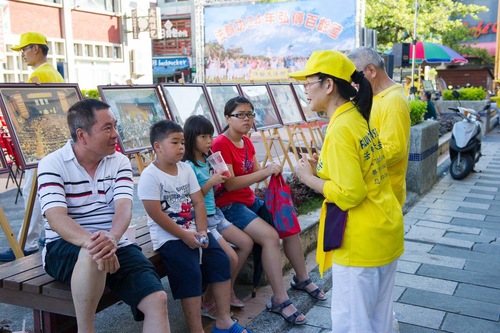 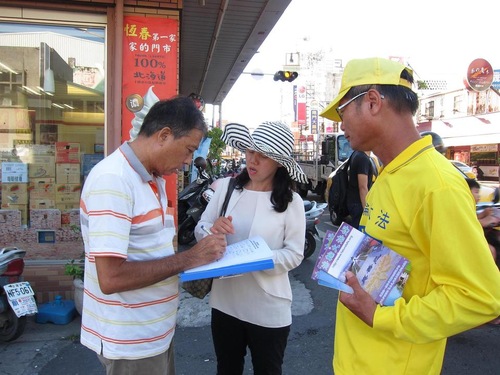 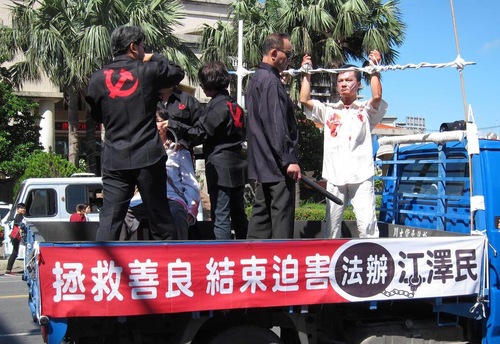 On a flatbed truck, practitioner re-enact the tortures that the Chinese Communist Party has applied during the persecution. As the truck drove through town, it attracted a lot of attention. 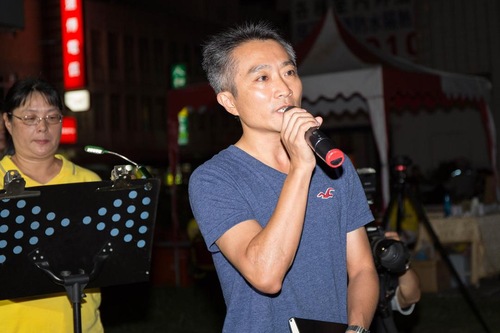 Huang Yufeng, representative from the International Organ Transplant Association in Taiwan, believes that the state-sanctioned forced organ harvesting in China is one of the worst crimes in the world. 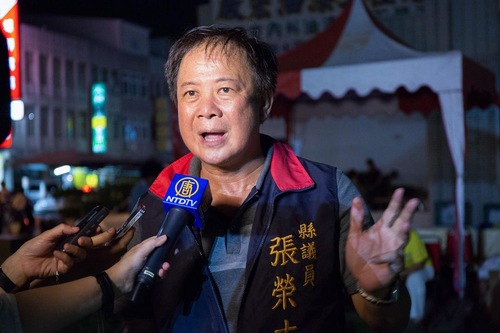 County Council Member Zhang Rongzhi praised Falun Gong's peacefulness and called upon the international community to help to bring former Chinese leader Jiang Zemin to justice for his role in launching and directing the persecution. 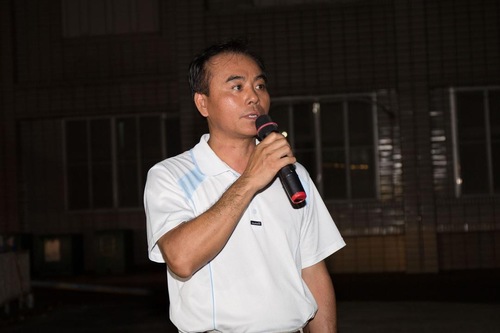 Wang Zongxin, representative of the mayor of Hengchun Town, supports Falun Gong's activities at the local tourist spots to raise public awareness of the persecution. 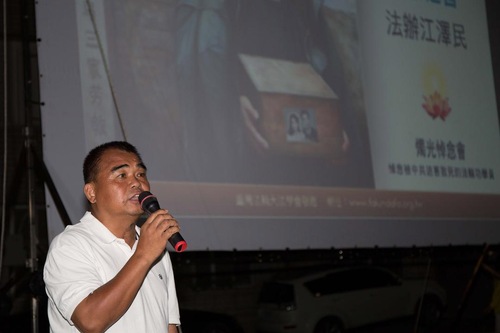 In Taitung, a candlelight vigil was held at a local tourist park. Thirty guests, including businessmen and local lawmakers, gave speeches at the vigil. Mayor Chang Guochou could not attend the vigil, but donated five cases of bottled water to express his support. 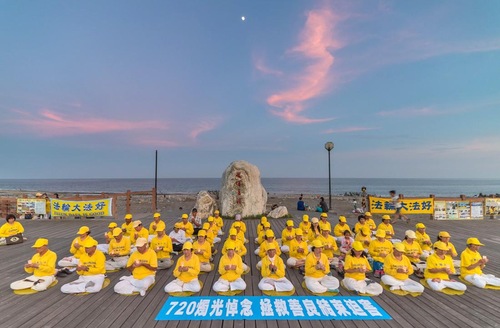 The candlelight vigil in Taitung 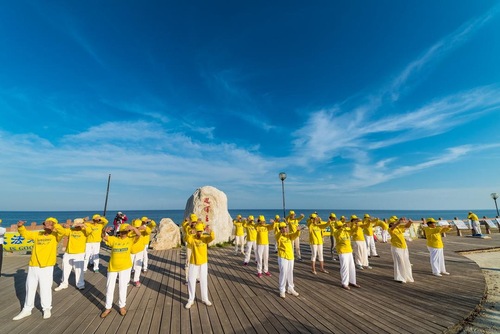 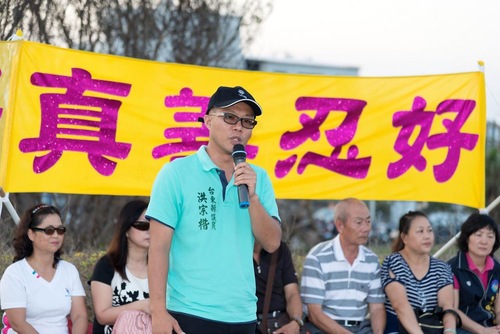 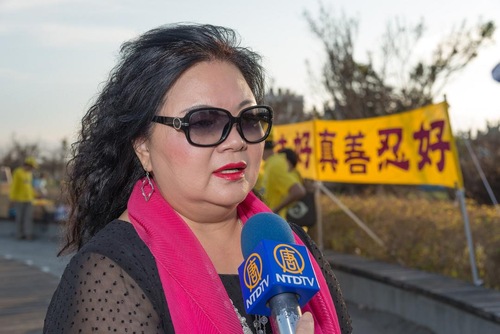 The chair of the Small Enterprise Association in Taitung, Yang Zhenqi, who has attended this vigil three years in a row, calls upon the public to stand up against the persecution. 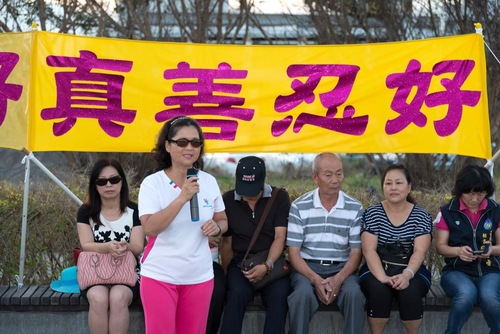 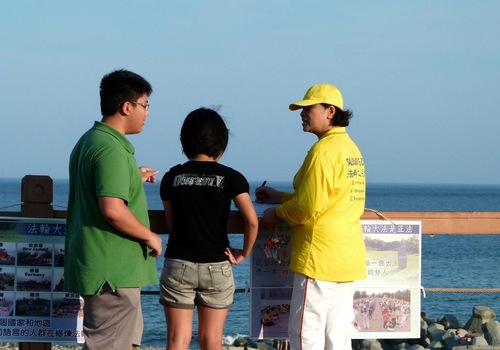 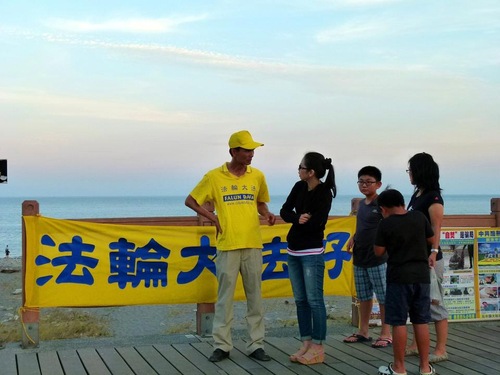