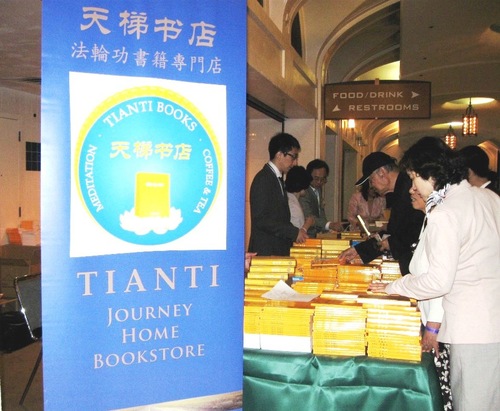 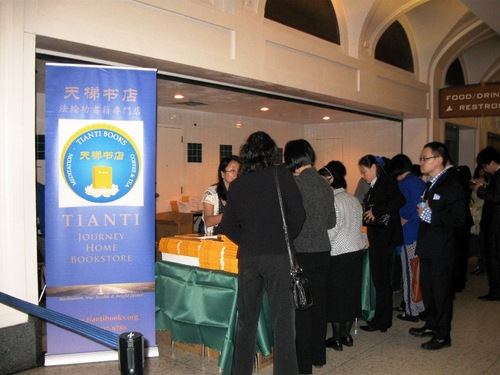 The Tianti Bookstore set up two booths to offer Falun Dafa books for sale. One location offered a full range of Chinese books, and the other a offered books in English and other languages. Practitioners lined up to purchase books for themselves or others, keeping bookstore staff happily busy accommodating them.

Helping Others Obtain the Book

Jade, a practitioner from Vancouver, Canada bought a copy of Zhuan Falun in English. She said, “I will introduce the book to Western people. I am over 50 years old and friends and neighbors often ask me how I maintain a youthful appearance. I tell them it is because I practice Falun Dafa and read this book. They then ask me for a copy of the book. I have helped several people to buy the book.”

Ms. Yu Hua works for an oil company in Calgary, Canada. She said, “One of my colleagues recently said she wished to learn Falun Dafa and wanted to get this book. I was happy. We have been colleagues for years. She saw my good health and learned about Falun Dafa. She has been a supporter and now wants to learn the practice for herself. I just bought the book for her.” 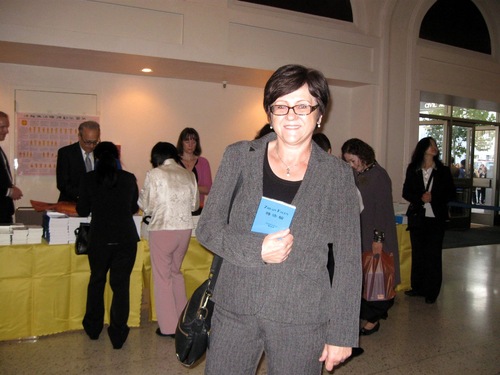 Alicia, a practitioner from New Jersey bought several copies of the book Zhuan Falun in English. She said, “I started practicing Falun Dafa in 2001. I hope to help others learn the practice too. Some people are interested when I introduce Falun Dafa to them. After lending them the book, many decide they wish to purchase it to keep, so I like to keep a supply on hand.”

A practitioner bought a Spanish version of Zhuan Falun. She said, “My husband is from Spain. Seeing the many positive changes Falun Dafa has brought to my life, he and his friends have become supporters.

“I bought this book in Spanish for them and hope they will read it.”

A Friend in China

Lily is a practitioner from Vancouver, Canada. She bought several copies of Zhuan Falun. She said, “I have a friend from Guangzhou. She heard about Falun Dafa and sought the books, but she could not find any. She visited my home after coming to Canada and saw my Falun Dafa books and asked to borrow some.

“More and more people are seeking Falun Dafa books after learning the real story behind the persecution. Some of my friends asked me to buy the books for them, so I bought several copies.” 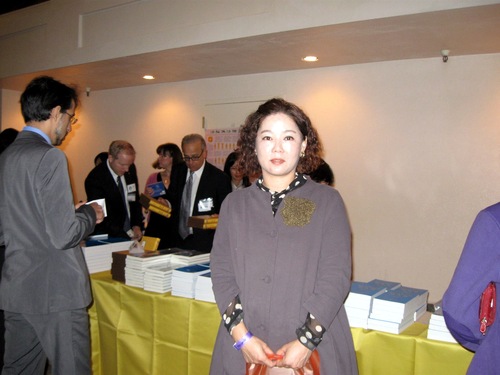 South Korean practitioner Ariel Song is a media advertising salesperson. She said, “Many of my customers want to know more about Falun Dafa. I encourage them to read Zhuan Falun. Many of them want to buy the book after I lend them a copy, so I need to get more since not many local bookstores carry it yet.”