(Minghui.org) The 6th International Chinese Classical Dance Competition concluded at the Tribeca Performing Arts Center in Manhattan on October 12, 2014. The event, organized by New Tang Dynasty Television, presented some of the world's best young talent in the field.

The judges praised the dancers' form and bearing, on top of their excellent technique. 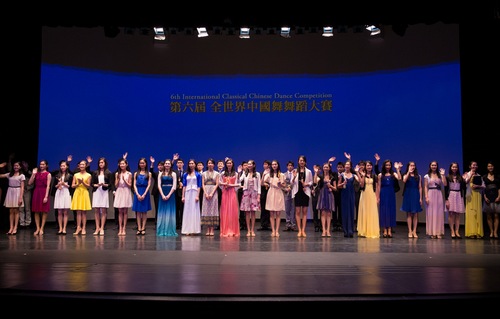 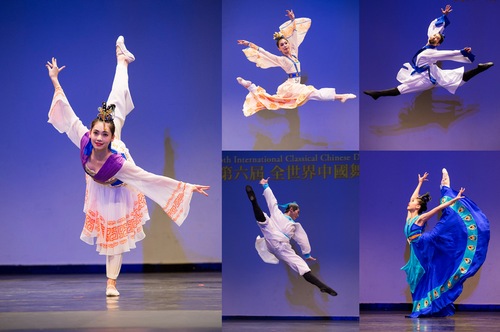 A common feedback from the contestants and audience is how Chinese classical dance demands effort from the heart.

Zheng Daoyong, one of the four top prize winners in the female adult division, performed a Chinese legendary story: Zhu Yingtai wanted to go to school, but school in ancient times was exclusively for men. She had to dress like a young man and act like one, yet in private her feminine side might reveal itself. 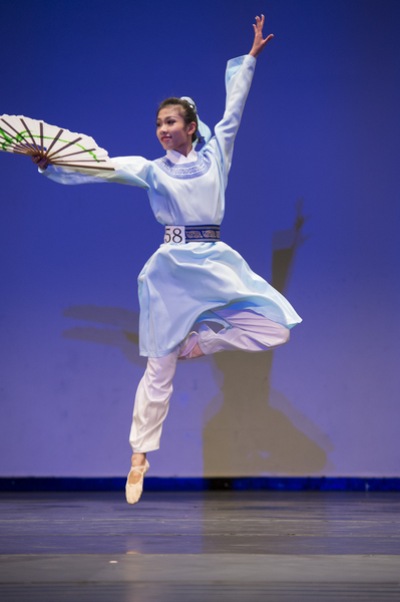 Speaking of her performance of transition between a young man and woman, Ms. Zheng shared, “The change comes from the heart first. My body performs the change following a change of heart. We have to dance with our heart and be able to sense our performance first. Then the audience will be able to get a feel for what we would like to convey. Even though it's dancing, it's also about speaking to the audience with our heart and body, and telling a story for them.”

Chinese traditional culture emphasizes the marriage of mind and technique. The pursuit of inner beauty and purity was considered a must by artists in ancient times.

Ms. Zheng currently dances at Shen Yun Performing Arts, a Chinese classical dance and music art troupe independent from the Chinese regime. “We have to attain inner purity in order to perform purely kind and beautiful dances. I was a tomboy before I joined Shen Yun. I have gone through a change myself.” 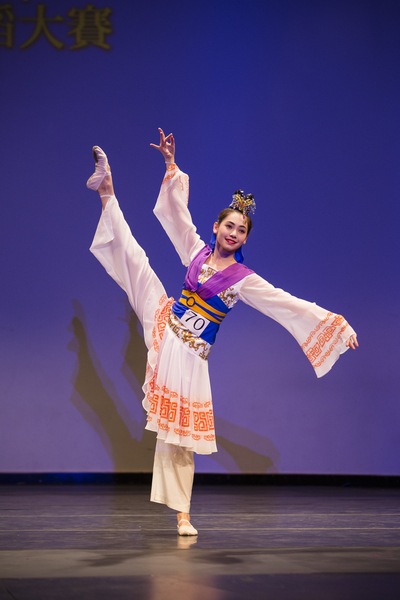 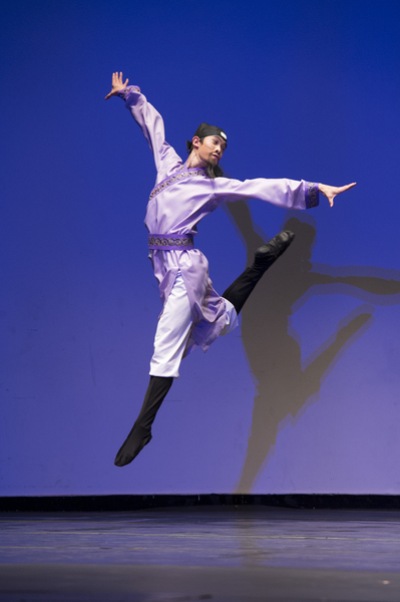 Peter Huang's piece was based on one of poet Li Bai's best known poems: “Drinking Alone Under the Moon.” He won top prize in the male adult division.

He used tumbling techniques to depict the poet's temperament: he was alone, yet not lonely. He was playful with the moon and his shadow, and demanded a friendship with the moon and invited it for a date to view the Milky Way together.

Li Yuxian won top prize in the male junior division, depicting a poem by Su Shi, another renowned poet. The poem is about the Battle of Red Cliff, where legendary General Cao Cao was dealt a devastating defeat during the Period of Three Kingdoms in the 3rd century.

“I feel fortunate to have the opportunity to present Chinese classical dance on stage and promote Chinese traditional culture,” he said.

Ms. Li in the audience said that Mr. Huang Jingzhou's piece was her favorite, “His movements are clean, with very good footwork. They showcase a cultivated balance of masculinity and gentleness, and offer him precise power of expression. He carries a bearing that comes from his innate personality. Remarkable!”

Mr. Chen, 82, commented, “Authentic depiction of the characters. An art that was lost is reborn.”

He also said that while the economy is down, culture is living and the way to make the world better and connect different people. This is something that mankind can rely on. He praised NTD for organizing the event.

Ms. Zhang Kaishan, an entrepreneur in education, said, “It's amazing that each piece has a story. The form of expression is so beautiful. I like the precision of their movements and the seamless flow as well. The co-existence of inner strength and fluidity is what makes man great. What the dancers have achieved is simply amazing.”

Over 90 contestants from multiple continents joined this competition.

“Police Arrest a Practitioner After Breaking Down Her Bedroom Door”