(Clearwisdom.net) Mr. Shao Chengluo, 58, is a respected doctor of Chinese medicine with more than 20 years of experience. In 2006 he was sentenced to seven years in prison for practicing Falun Dafa. He has been suffering various tortures in the Shandong Province Prison, such as “three bald” - yanking out his hair, beard and eyebrows, twisting objects between his fingers, beating him in the chest, beating the buttocks until the skin breaks and then putting salt on the wounds. He became disabled in less than three years. 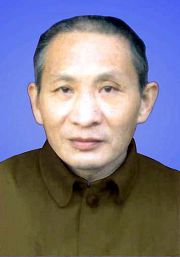 1. “The Government Said to Keep You Alive, But to Make You Suffer”

In 2006 when Mr. Shao was just imprisoned, he was put into a “transformation” ward. The head of the ward, criminal inmate Jiang Xuedong, used tortures, such as electric shock, to coerce him to “transform.” Jiang said that it was the government who ordered him to do it.

In the following years, Mr. Shao was subjected to “strict supervision” five times. The ward heads told him the same thing: “You are not afraid of death, so the government said to keep you barely alive, and to let you live to suffer. It is a dead end for you if you do not 'transform.' When you leave here, will be unable to walk and will be like a vegetable.” Criminal inmates Yao Yunxia and Zhang Dianlong told Mr. Shao, “They will beat you to death if you do not transform.”

In September 2006, Jiang Xuedong brutally beat Mr. Shao. As a result, Mr. Shao could not hold his head up, and had to hold his chin while eating. It took him six months before he slowly recovered, but from then on, he suffered a stiff neck whenever he was cold.

When he was force-fed in the prison hospital, then director Liu Shujiang and criminal inmate Zheng Jian said publicly, “No matter how you die, we will claim it was from natural causes.” Once they held him on the ground and pressed a club against his neck, choking him. Liu shouted, “Don't let him die so fast, let him die slowly.” Liu said in meetings that his not “transforming” was a severe sickness symptom, and the ward head and political director said to increase his “treatment.”

Inmates who beat him admitted, “We don't want to beat you. The government told us to do it. We have no choice. Although you never hurt us, we want to earn credit to go home early. The guards are also waiting for a bonus.” Inmate Zhu Shuai said, “Tell your family to prepare for the pickup of your dead body. Don't worry, the prison will give your family 800 yuan to cremate your body.” Inmate Zhu Qingjiang said, “The government gave me three days, but I only need two days. It only took me two days to finish Liu Zhongming (a practitioner).”

When Mr. Shao finished one-third of his dumplings on the day of the mid-autumn festival, Liu Shujiang took the remaining away. Jiang seized the apple in Mr. Shao's hand, ate it and said Mr. Shao was not allowed to eat anything without his permission. Zhu Qingjiang took away buns and rice from Mr. Shao and said, “You can go on a hunger strike, go ahead.” Inmate Qi Dongxing gave him food less than his ration, saying it was the rule of the government, “If you swear at Falun Gong, you may have ten, the government will allow you to see a doctor, and new inmates won't harm you.” They did not let him have enough food for three days even after he wrote the three statements. They used food to taunt him, and then threw the food into the toilet.

Liu Changjiang said openly at a meeting in 2006, “The ward head and political director give me great support. When Shao Chengluo was in critical condition, Zheng Jian said, 'We definitely will make you die gradually of natural causes. You can be assured. I am a master in this, and I do it flawlessly.'” Liu called in more than fifty people a day to torture Mr. Shao. When Mr. Shao was in critical condition, he changed his mind and said to let him suffer slowly instead of dying easily.

In November 2007, Han Xiaolei spoke openly in a meeting that the political director should subject Mr. Shao to strict supervision. After a mid-day nap on December 10, Zhu Qingjiang had inmate Gao Shuai tie Mr. Shao's neck and ankles together. Gao then lifted his feet and repeatedly pounded his head to the ground. His cervical vertebra was injured. They beat his buttocks with a shoe sole until the skin broke. Mr. Shao couldn't stand the torture and told them he would “transform,” but the beatings did not stop. They further ordered him to swear at the Teacher of Falun Gong. They put a paper hat on his head, painted his face, and pierced his feet with needles. Zhu and inmates Ma Daoge pounded his chest with shoe brushes till Mr. Shao was bruised and bleeding, and they got tired. Inmate Ning Liang burned Mr. Shao's right hand fingers with a cigarette lighter until a big blister formed on every finger. Inmate Han Xiaolei repeatedly kicked him in the head. They drilled between his fingers with a toothbrush, and his fingers were bloody.

Torture re-enactment: Drilling between fingers with a toothbrush.

The guards did not take him to the hospital to treat his wounds. Instead, Zhu put salt on his wounds twice a day and claimed that was the medical treatment. Mr. Shao was in great pain. Zhu didn't let Mr. Shao have his meals. Zhu ordered Mr. Shao to walk and had Gao beat him with a club and kick him if they did not like the way he walked. Gao said that the government ordered him to beat him and it had nothing to do with him. Gao inserted cotton swabs into Mr. Shao's anus and pushed on the base of his penis using a shoe brush, saying, “This is your reward from the government.”

They used nearly 100 different methods to torture Mr. Shao, and he had wounds covering his whole body. He repeatedly asked to see a doctor, but Zhu denied his request.

Zhu said openly on December 14, 2007, “I just came back from the political director's office. Someone

reported me to the government three times, saying I was afraid of people being beaten to death. I am not stupid. I just wanted to shorten my prison term and go home early. I plan to break his ribs, and cause his buttocks to fester. Someone is jealous of my rewards. I did finish the task from the government.”

Mr. Shao's brothers heard that he might die and visited him in the spring of 2009. In front of the ward head, he told them how he was tortured. He was subsequently subjected to strict supervision.

The guards had Xu Haifeng and his son pretend they wanted to learn Falun Gong, and Mr. Shao helped them. The guards then again put him on strict supervision.

During the strict supervision, the criminal inmates ordered Mr. Shao to kneel down on March 14, 2009. A dozen of the inmates beat him when he refused to do it. He told inmate Qi Dongxing that his left toe was broken and needed treatment. Qi said, “When we break all your bones, I will give you treatment.” Qi then trampled on his wounds. They subjected him to drilling between his fingers six times, and beating his buttocks three times during the strict supervision. One of his fingers was broken, and he was not able to use chopsticks for the next two years. He was finally allowed to see a doctor in the prison hospital on June 24 after another practitioner, Mr. Lu Zhen, was beaten to death on June 20. Learning that he was wounded three months prior, the doctor said that he narrowly escaped from being permanently disabled.

Mr. Shao has been suffering from severe diarrhea since April 23, 2011. Sometimes he used the bathroom more than ten times a day, and up to more than twenty times a day. He has swollen feet and legs, and no energy. Eating cold gruel or cold broth makes the diarrhea worse. Drinking bean powder gruel gave him abdominal pain. In June, he had a high fever and could only take brown sugar syrup. The prison doctor could not figure out his illness. He asked to go to the prison hospital on June 23, but was refused. Another three months passed, and he did not get any better. The ward head said that he faked being sick and was responsible for the outcome of not taking food.

After Five Years of Illegal Imprisonment, Practitioner Shao Chengluo, a Doctor of Chinese Medicine from Shandong, Is Critically Ill (http://www.clearwisdom.net/html/articles/2011/8/9/127312.html)