Home > Persecution > Accounts of Persecution
Wife Dies from Cancer While Husband Serves Lengthy Term for His Faith
Sept. 25, 2022 | By a Minghui correspondent in Guangdong Province, China

(Minghui.org) A woman passed away from breast cancer in August 2022, while her husband is still serving time for his faith in Falun Gong. Their daughter is now struggling to live on her own.

Since the Chinese communist regime started to persecute Falun Gong, a spiritual discipline, in 1999, Mr. Ma Minqing, a 53-year-old resident of Guangzhou City, Guangdong Province, and his wife Ms. Zheng Jieer, have been repeatedly targeted.

The couple were forced to live away from home in 2001 to avoid persecution. In July 2006, Ms. Zheng was arrested and given an unknown term at Chatou Women’s Forced Labor Camp. Mr. Ma was arrested in October of the same year and sentenced to seven years by the Yuexiu District Court. He lost his job in biochemistry during his imprisonment. After he was released, he made a living by delivering goods.

Ms. Zheng gave up practicing Falun Gong when she was released from the labor camp. By the time Mr. Ma and his mother, also a Falun Gong practitioner, were both arrested in July 2019 for exposing information about the persecution, Ms. Zheng had already been diagnosed with breast cancer. It dealt her another heavy blow when her husband was sentenced to 7.5 years and her mother-in-law to 4 years.

After living in despair for three years, Ms. Zheng passed away in August 2022. 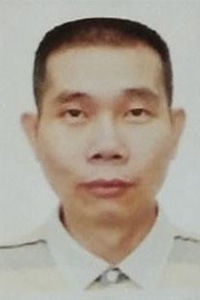 “Podcast (Cultivation): “A New Practitioner’s Journey of Finding the Fa””