On November 2, a Future Stars Concert was held before the award ceremony. Pianists appearing at the concert included this year’s six finalists, as well as the 2014 Competition Gold Award winner Timur Mustakimov, along with professor Mikhail Voskresensky and Russian concert pianist Vassily Primakov.

The International Piano Competition is one in a series of international cultural and arts events hosted by NTD Television Network. The mission of this competition is to promote traditional arts of pure authenticity, pure goodness, and pure beauty, and to bring back the glory of piano masterpieces from the Baroque, Classical, and Romantic periods.

The competition’s commitment to artistic excellence is a means to allow the 250-year legacy of piano literature to continue to flourish and to pass it on to future generations. 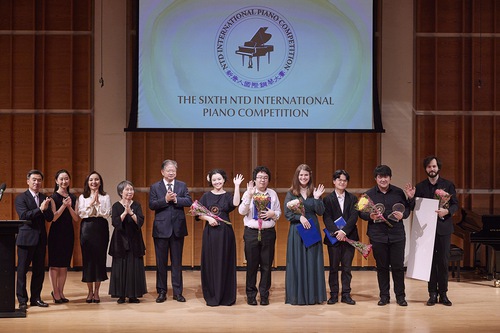 The organizers of the competition said that the competition was “very successful.” The judges thought that the contestants this year had “the highest skills among all the competitions,” and the gold-award winner exhibited “master-level maturity.” The special guests and renowned pianists at the Future Stars Concert stated that NTD’s competition is “high-minded,” “high-level,” and is an important international contest that “preserves classical music.”

Since 2016, the competition has commissioned a piano arrangement of a piece by D.F., the artistic director of Shen Yun Performing Arts, a world-renowned music and dance company that has led the way in the revival of traditional Chinese culture through the arts.

This year, the commissioned piece, “The Sacred Journey,” was arranged by Qin Yuan, a composer and piano accompanist with Shen Yun. Qin Yuan is a prolific composer with notable expertise in delivering the melodies and rhythms of ancient Chinese music through the language of classical music as it was established in the West.

Pianists who made it to the semifinals were required to perform this specially commissioned composition. A “Best Rendition Award of the Commissioned Composition” was rewarded for the competition. 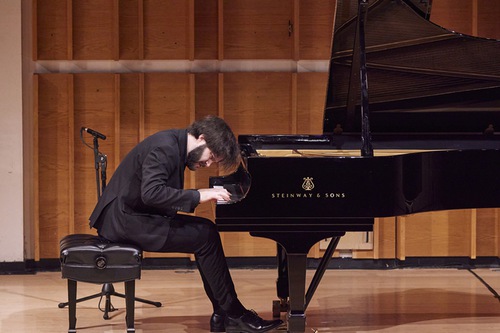 Antonii Baryshevskyi is a prominent Ukrainian pianist and prize-winner of numerous international piano contests, some of which include the Arthur Rubinstein International Piano Master Competition, “Premio Jaen,” and F. Busoni International Piano Competition. He studied and graduated from the National Music Academy of Ukraine and École Normale de Musique de Paris.

Mr. Baryshevskyi said he participated in this competition because it required contestants to only select masterpieces from the Baroque, Classical, and Romantic periods.

He played the commissioned piece, “The Sacred Journey,” during the semi-finals. He thought the piece was full of “energy” and philosophy,” and that it was in fact delivering a kind of “truth” and raising “hope” in people.

“We live in a world full of wars, full of (lies), full of cruelty. And I think it’s very important to have this hope, to believe in something that at least we can fight for the goodness,” he said.

“I tried to show all my ideas I have about this music... I feel like I am standing behind a big mountain, trying to tell everybody how beautiful it is, trying to describe the parts of it, trying to take everyone on this journey with me, a journey through this big mountain,” he said.

Chair of the jury panel, Professor Becky Yao, lauded Mr. Baryshevskyi’s performance, “He performed very smoothly from preliminaries, semi-finals, and finals, and did not make any errors. He possesses master-level maturity.”

“His inner things are very appealing. He actually played the commissioned piece very well too. The musicality was very good, and he connected a few parts very perfectly,” Prof. Yao said. 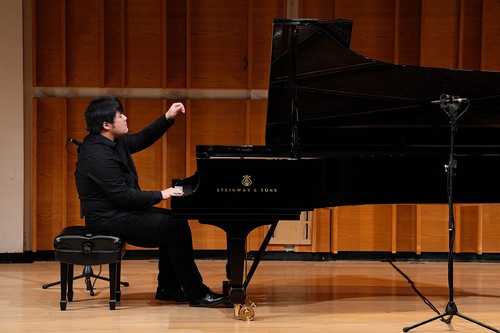 Jiusi Zhang won the Silver Award and Best Rendition Award of the Commissioned Composition. Mr. Zhang participated in the competition at the recommendation of his maestro professor.

According to Mr. Zhang, one of the most fascinating things he’s learned from this competition experience was learning the commissioned work, “The Sacred Journey,” which pianists had to perform for the first time in the semi-final round.

“I’ve never learned a commissioned work like this, and in such a short period of time... I think it’s a huge challenge, no matter if you’re an experienced or inexperienced pianist. Through this piece, I learned there are many more possibilities on the piano, about the sounds that a piano can produce,” he said.

“The Sacred Journey” displays distinctly ancient Chinese melodies and sounds written specifically for the piano. It was arranged by pianist Qin Yuan from Shen Yun, which has been at the forefront of blending East and West in classical music.

“In the second half, there’s a passage that’s very lyrical, and actually very nostalgic to me. Because now I’m studying in the U.S., and before, I never left my home for such a long time. When I learned this piece, it said something special to me,” said Mr. Zhang, who is from China.

Prof. Yao commented that Mr. Zhang’s performance of the commissioned piece was so touching because it demonstrated “deep cultural meaning,” “high-level,” and “matched the ideas of the original composition more.” 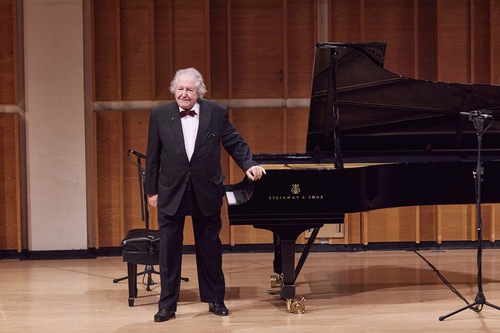 Ms. Qin Yuan, a composer and the pianist who arranged this piece, shared what the piece depicted.

“This piece mainly has three parts. The first part portrays life’s origin at a very high, very beautiful realm. The second part is that people went through a lot of pain, hardships, and birth-aging-sickness-death during the process of reincarnation, and have probably forgotten why they came here. And as they are influenced and corrupted by modern notions and behaviors, people have probably all gone with the flow. But some people would choose to elevate and no longer degrade. The third part is that during this kind of suffering, there will be higher-level beings coming to save people, so people would not wait in vain,” she said.

Ms. Qin Yuan felt during the composition that both Eastern and Western cultures believe that humans were created by the divine. She thought that during the present troubled times, if people can hold onto their inner justice and kindness and restore their respect for the divine, it can cure people’s hearts and bring them hope.

“What we compose uses the flavor of traditional Chinese music as the base melody, and combine it with those in classical Western music: traditional harmonies, musical forms, including many techniques in arranging concepts, and including techniques of polyphony (composing techniques of counterpoint and sound method). In fact, these should be comprehensible to both Eastern and Western contestants.

“Shen Yun’s music has a composing concept of combining the East and West. This has been very clearly demonstrated through Shen Yun Performing Arts’ program each year. Whether it’s in mainland China or other countries, many composers have tried (to blend Eastern and Western music). No one has actually achieved an international level or been this successful. But Shen Yun has now achieved this,” she said.

Ms. Qin Yuan hopes that this piece would guide the contestants to think about more the divine meaning of life.

Contestant Carolina Danise from Italy said, “I feel that this is a sacred song. (While performing), I felt like I was not only a pianist, but a musician. A deeply-inspired musician to perform this holy song.” 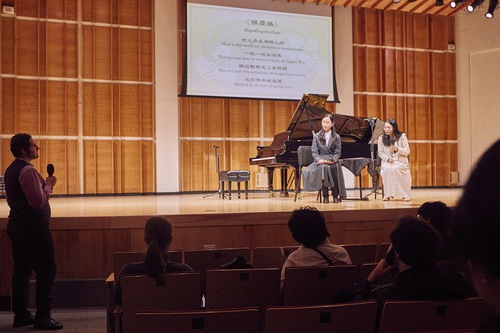 After the semi-finals on October 31, 2022, the organizer invited Ms. Qin Yuan, the arranger of the commissioned piece, “The Sacred Journey,” to meet the contestants. (Epoch Times).

A full video of the 6th NTD International Piano Competition--Future Stars Concert & Award Ceremony can be found at the below Gan Jing World link:

“China Fahui | Cultivating Compassion Toward My Child, Police Officer, and People I Met”