(Minghui.org) Practitioners held activities in the Brussels business district on November 5, 2022 to tell people about the Chinese Communist Party’s (CCP) persecution of Falun Dafa. Many people stopped to talk to practitioners and signed a petition calling to end the atrocities. 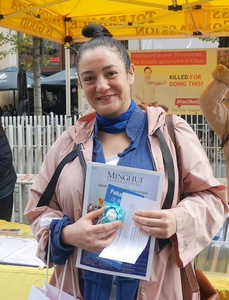 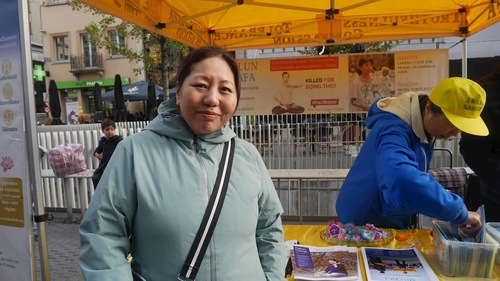 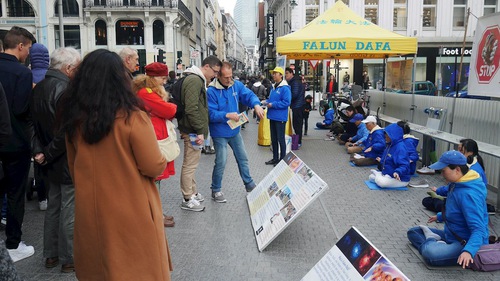 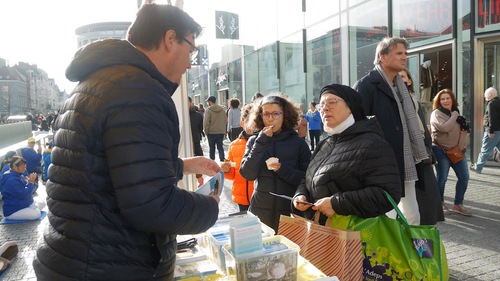 After she learned why practitioners were holding the event, local resident Ms. Patricia Salazar signed the petition. She told a practitioner that she had previously heard about the persecution and hopes that the persecutors will be brought to justice.

Patricia happened to be wearing a traditional Chinese style blouse. She said that she likes Chinese culture. “I wish China could have a democratic government that respects freedom of belief. I really like the principles of Truthfulness-Compassion-Forbearance and hope to see them spread to the whole world!” 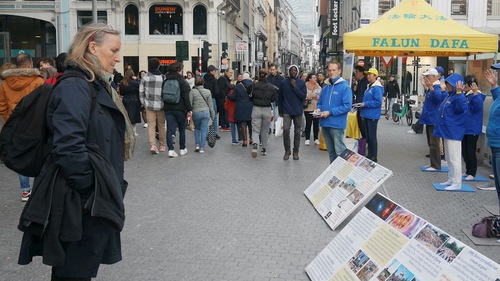 Maria and Ali from Germany stopped to watch practitioners demonstrate the exercises and read the information. Maria was saddened by the brutality of the persecution. She told a practitioner, “It looks like a great practice and helpful to one’s mind. I’m sorry to hear about this cruel persecution! Ironically, you wouldn’t be here to tell us about it if the persecution hadn’t happened. I would like to learn it online when I get back.”

Ali said he also thought it was a great way to restore oneself and find a balance with the universe. He said it was importance to keep the traditional culture and let more people experience Falun Dafa. 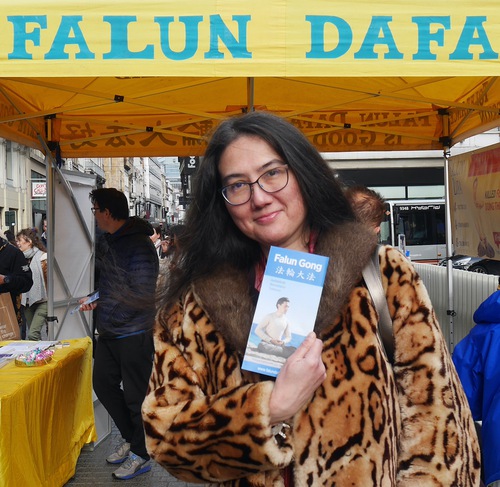 Ms. Agnès Tonquang, a Vietnamese Belgian, said that her parents had told her that Falun Dafa was great and it helped improve one’s health and spirit. She wrote down the group exercise time and location, and said she was planning to take her daughter to learn the exercises. She said that Truthfulness-Compassion-Forbearance would make people live happy and simple lives. She said she’d go online and find out more. 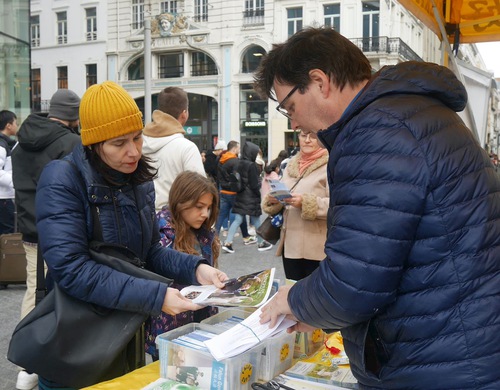 Tashi, a Tibetan Belgian, said that her friend had told her the benefits of practicing Falun Dafa. “I have been looking for it for a long time. I’m so happy to meet you here today!” She exchanged contact information with a practitioner in her city and said she would like to learn how to practice as soon as possible.