June 1, 2021 |   By a Minghui correspondent in Liaoning Province, China

(Minghui.org) Instead of releasing an 81-year-old man when his 3-year prison term expired on April 8, 2021, the authorities in Dalian City, Liaoning Province, transferred him to a detention center. Mr. Liu Xiyong’s family is being kept in the dark concerning his current situation and it’s not clear how long he will be held at the detention center.

Mr. Liu is being targeted for upholding his faith in Falun Gong, an ancient spiritual discipline that has been persecuted by the Chinese communist regime since 1999. Prior to his latest three-year term, he served another three and a half years in prison and two years in a forced labor camp. 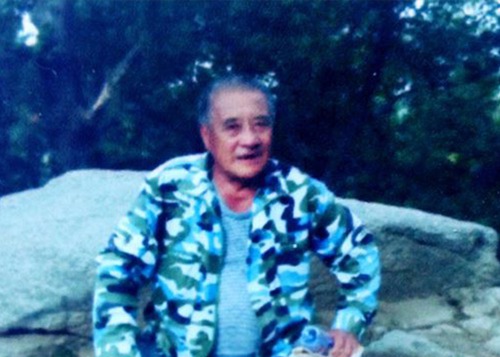 Mr. Liu had several health problems before he began practicing Falun Gong in 1997. In particular, his legs hurt, but modern medicine could not diagnose the problem or offer any relief. Later the leg pain was so severe that he could hardly work or take care of himself.

In August 1997, he started to practice Falun Gong and live by the principles of Truthfulness-Compassionate-Forbearance. He improved his character and resolved the years of conflicts with his neighbors. The leg pain that had tormented him for many years went away. After he regained his health, he readily helped others in need and the villagers often commented on what a good man he was.

When the Chinese Communist Party started to persecute Falun Gong on July 20, 1999, Mr. Liu was shocked by the propaganda that slandered his faith. He kept telling others about his own experience with Falun Gong and raised awareness about the persecution, only to be arrested and imprisoned.

Mr. Li worked late one day in April 2002 helping the villagers fixing a well drilling machine. When he returned home around 7 p.m., the police arrested him even before he could wash his hands. He and four other Falun Gong practitioners were handcuffed and taken to the Shihe Police Station. While other practitioners paid 5,000 to 10,000 yuan in exchange for their release, Mr. Liu refused to pay anything and was given a two-year forced labor camp term without due process.

At the Dalian Forced Labor Camp, Wang Changguo, who practiced Falun Gong before but had given it up and cooperated with the authorities to persecute the practitioners, beat Mr. Liu with sticks on June 16, 2002. The next day, Wang hit Mr. Liu on the head with the sole of a shoe, trying to pressure him to give up practicing Falun Gong.

Between August and September 2002, Mr. Liu was infested with scabies due to the poor conditions in the camp. He did the Falun Gong exercises to try to recover without medical intervention. Guard Jing Dianke took him to a solitary confinement cell with the excuse of treating his scabies. Instead, five inmates held Mr. Liu down on a metal bed and beat him. Guo Peng, the lieutenant of the fifth team, kicked Mr. Liu with all his strength.

The guards also handcuffed Mr. Liu behind his back and to the bed for more than 40 days. He could not turn over, wash his face, or rinse his mouth. When Mr. Liu shouted “Falun Dafa is good” to protest the persecution, the guards knocked out several of his teeth and stuffed a rag into his mouth.

In mid-November 2003, Mr. Liu was held in solitary confinement again for clarifying the facts about Falun Gong to the captain of the 3rd team, Li Maojiang. Although Li usually didn’t beat Falun Gong practitioners himself, he was the one who ordered the inmates to stretch the practitioners’ arms and handcuff them to a metal bed. The practitioners were often handcuffed for about a month, sometimes for several months. Some practitioners were deprived of sleep for up to nine days and had hallucinations.

Mr. Liu was 64 years old at that time. The solitary confinement, handcuffing to the bed, and sleep deprivation caused the rapid decline of his eyesight and he could barely see. He was in terrible shape and lost the ability to take care of himself.

Two years after Mr. Liu was released, he was arrested again at home at 9 p.m. on April 24, 2006. The police confiscated one computer, three radio recorders, a copier, and his Falun Gong books. Both Mr. Liu and his wife were arrested. Mr. Liu was kept in the Sanli Detention Center for 28 days, and his wife was held in the Dalian Brainwashing Center for 24 days. 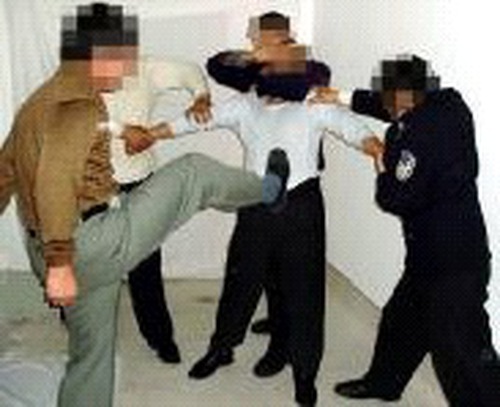 In Sanli Detention Center, Mr. Liu started a hunger strike to protest the persecution. The guards beat him and ordered the detention center doctor to force-feed him, not only with food, but also unknown drugs that caused his belly to swell until he could barely walk or take care of himself.

Although Mr. Li was released 28 days later, the police continued to monitor him and harass him over the telephone. To escape the harassment, Mr. Liu and his wife lived away from home for more than a year.

When he returned home from work around 5 p.m. on July 24, 2008, Mr. Liu was arrested again. After taking him to the police station, the police took his watch, cellphone, MP3 player, and 149 yuan in cash and returned to ransack his residence hours later.

They took Mr. Liu to the Sanli Detention Center that evening but didn’t notify his family. When his family finally found out where he was five days later, the police did not let them visit him.

Mr. Liu started a hunger strike in the detention center. The police force-fed him with highly concentrated salt water, which made Mr. Liu curl up in extreme pain.

On his 40th day in the detention center, Mr. Liu was tried in the Jinzhou court. He pleaded not guilty and insisted that he didn’t do anything wrong by practicing Falun Gong. The judge sentenced him to three and a half years several days later.

Mr. Liu continued his hunger strike for another 20 days. By the time he was transferred to the prison, he could not walk and was carried into the police car.

Mr. Liu’s most recent arrest was on February 26, 2017, for talking to people about Falun Gong. Although he was soon released on bail, he was ordered to appear in court eight months later on October 24, 2017, and was sentenced to three years.

The verdict Mr. Liu received was dated September 19, 2017, over one month before his court hearing even took place. Mr. Liu appealed to the Dalian City Intermediate Court on December 5, 2017. The higher court upheld the original verdict but didn’t order the bailiff to execute the term.

Mr. Liu was arrested again on March 18, 2018, after being reported for talking to people about Falun Gong. Eight other practitioners were arrested with him and all were eventually sentenced to prison. Mr. Liu was released that evening but was taken back into custody on April 9. He was first held in Liaonan Xinrujianfan Prison before being transferred to Benxi Prison in May 2018.