Two Siblings Lose Their Mother to the Persecution of Her Faith

(Minghui.org) Growing up in fear and constantly forced into displacement due to the persecution of their mother’s faith in Falun Gong, Ms. Zhu Yan’s children were dealt a heavy blow when she passed away on August 15, 2020. She was 57.

Ms. Zhu, a Jilin City, Jilin Province, resident, took up Falun Gong in August 1998. Because of upholding her faith, she was repeatedly arrested and tortured. She served two labor camp terms and was forced to live away from home at one point to hide from the police. The mental and physical distress from the persecution took a toll on her health and eventually claimed her life.

Ms. Zhu isn’t the only victim in her family who has suffered from the persecution of Falun Gong. After her husband could no longer bear the pressure and divorced her in 2003, her teenage son and daughter struggled to live by themselves while she was incarcerated. For seeking her release, her two children were beaten by the police and severely injured. Arrested and tortured several times himself, Ms. Zhu’s son suffered three mental breakdowns. 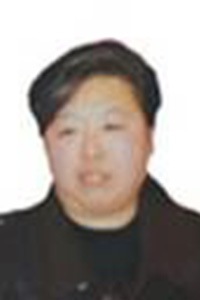 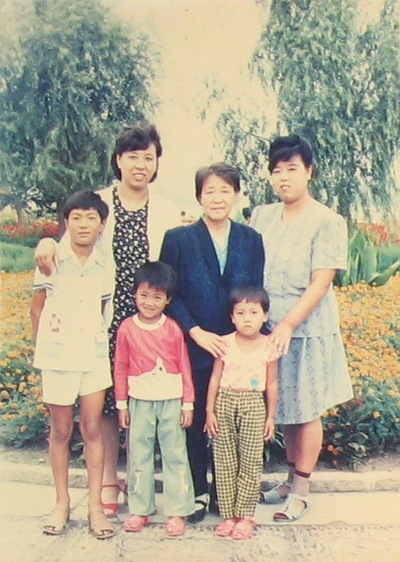 Ms. Zhu Yan (on the right in the back row) and her Family

Below is Ms. Zhu and her children’s story.

Two months after the communist regime ordered the persecution of Falun Gong, Ms. Zhu went to Beijing in September 1999 to appeal for the right to practice her faith. She was arrested and sent to the Miyun Prison. The police beat her and forced her to squat or stand for long hours. Several officers kicked her hips and stood on her legs while she was sitting on the ground.

After Ms. Zhu was sent back to Jilin, she was held in the Kouqian Detention Center for over a month. She was fired by her workplace and fined 500 yuan. Since then, the police put her on the blacklist and constantly harassed her.

Ms. Zhu was arrested again in 2003 for talking to people about Falun Gong. She was detained in the Jilin City No. 3 Detention Center and later given two years of forced labor. Due to her weak physical condition, the labor camp initially refused to accept her.

After she was released, her husband divorced her, fearing being implicated by the Chinese Communist Party (CCP) in the persecution. At that time, her son, Cao Yang, was only 16, and her daughter, Cao Yue, was 14.

Ms. Zhu was arrested again in November 2005 while walking on the street. The police didn’t inform her family of her arrest and her two children were looking for her everywhere. A month later, Ms. Zhu was given 1.5 years and transferred to the Heizuizi Forced Labor Camp. She was subjected to intensive brainwashing and physical torture, bearing tremendous pressure every day.

Prior to the 2008 Beijing Olympics, the authorities issued a quota for the arrest of local Falun Gong practitioners. The police harassed Ms. Zhu on April 24, 2008, and threatened her not to go out. A group of officers returned on May 12, 2008, and took her to the police station, using the excuse that they wanted to ask her some questions about an article published on the Minghui.org website. Ms. Zhu went with them, only to be put into custody and given another 1.5 years of forced labor.

Forced to Live Away from Home and Continued Harassment

On July 31, 2012, Ms. Zhu’s sister-in-law, Ms. Guo Yingjie, was arrested. While Ms. Zhu escaped the arrest, she was forced to go into hiding, after a special “task force” was formed to look for her.

The police never stopped going after her. During two trips to Jinzhou City, Liaoning Province to visit her daughter in 2017, she was twice stopped by train station security and body-searched after officers found she was a Falun Gong practitioner from scanning her ID.

On June 12, 2006, about seven months after Ms. Zhu’s third arrest, her two children held a banner in front of the Gangyao Police Station, the agency responsible for her arrest, to seek her release.

Four officers came out and beat and kicked Ms. Zhu's children. The son, Cao Yang, had blood in his mouth and his head was swollen and bruised. His back and arms were also injured.

After beating Cao Yang, the officers turned to his sister Cao Yue. Chen Xinzhu, the head of the police station, pulled the teen’s hair, forced her to stand up, and then pushed her down. He also stomped hard on her back. Much of her hair was pulled out and her clothes torn.

Chen shouted at them, “What’s the big deal of beating you?” 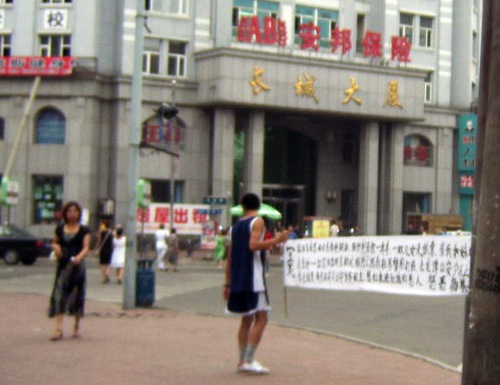 Cao Yang holding a banner calling for the release of his mother in front of the Jilin Police Department on August 8, 2006

Cao Yang returned to the Jilin Police Department on August 8, 2006, to seek Ms. Zhu’s release, but was arrested.

The police brutality and the constant harassment after Ms. Zhu was released caused Cao Yang tremendous distress and he suffered a mental breakdown.

Ms. Zhu moved to another city with her children to avoid the relentless police harassment. With his mother’s care, Cao Yang gradually recovered, only to be dealt another heavy blow when he witnessed Ms. Zhu being taken away by the police again in May 2008.

The authorities didn’t allow Ms. Zhu’s children to visit her or accept the clothes they sent her until three months later, when Cao Yue was crying desperately in the labor camp, asking to see her mother.

Cao Yang suffered another mental breakdown when their home was confiscated and everything, including the propane tank, was taken away. He often walked on the street and shouted “I no longer have a home.” After a police officer saw him, he sent Cao to the local mental hospital.

Cao Yang was arrested again on July 31, 2012, at his aunt’s home. The police accused him of transferring Falun Gong related items for his aunt, Ms. Guo Yingjie. Ms. Zhu escaped this time.

In the police station, the police interrogated Cao Yang. They threatened him with steel needles, terrorized him with an aggressive dog, and force-fed him with spice powder and liquor. He almost died from the torture.

Cao Yang experienced another mental breakdown, but the authorities still sent him to the detention center and sentenced him to five months.

Twenty-Year-Old Son of Zhu Yan Arrested for Appealing for His Mother; His Whereabouts Unknown

“When Police Officers No Longer Work for Dictators”