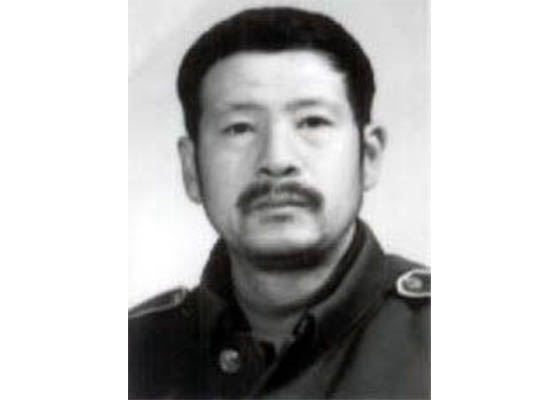 A 66-year-old man was brutally tortured while imprisoned for practicing Falun Gong. He was once forced to lie in a bed with his four limbs tied up in a spread-eagle position. The guards took off his clothes and shocked him with several electric batons. When they shocked his navel, the pain and shock were so great that he was jolted upright. 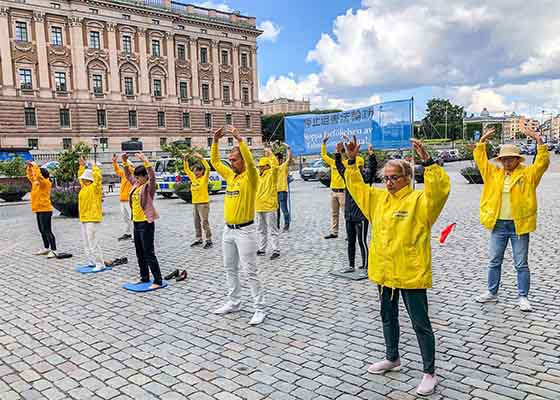 “Such large scale killing on demand is too evil and inhumane! This is unacceptable,” said a visitor to a Falun Dafa event in Stockholm who was appalled by the communist regime’s forced organ harvesting from living Falun Dafa practitioners and other prisoners of conscience. 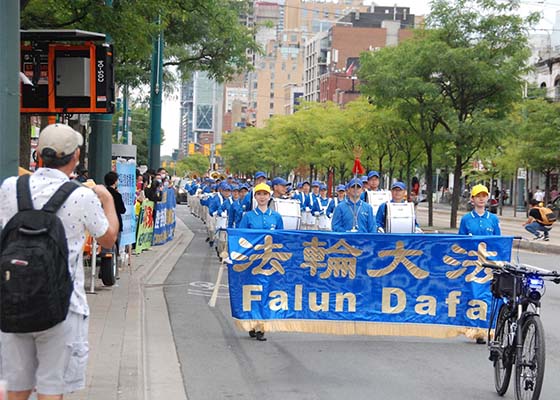 Falun Gong practitioners held a rally and parade with performances by the Tian Guo Marching Band and a waist drum team. Practitioners demonstrated the Falun Gong exercises and handed out information about the Chinese Communist Party's atrocities. At the rally, many Chinese who had lived in China shared their personal experiences of the ruthless regime and their decision to quit the Party.

Practitioners drove to Komárno city, on the southern border of Slovakia, for an information day and signature drive event on August 29, the anniversary of the Slovak National Uprising.

Three Families Shattered by the Persecution of Falun Gong

Because of the persecution of their shared faith, Ms. Feng Xiaomei lost her father, husband, and sister within three years. Then her brother-in-law was incarcerated. She herself has been arrested and detained many times.

Master’s Benevolent Care Gives Us the Best of Everything

The story of a practitioner who recovered fully after an accident, hospitalization, and a grim diagnosis, thanks to his faith in Falun Dafa.