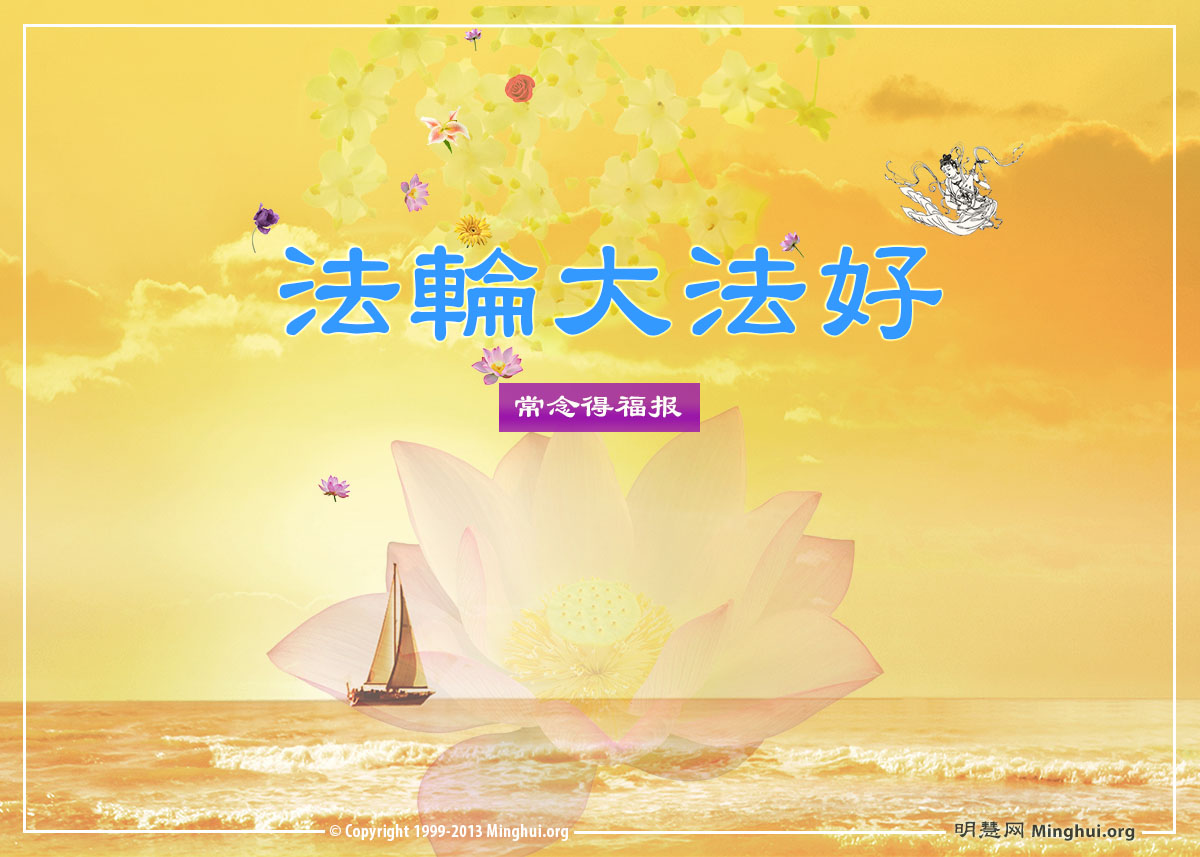 An elderly father sends a heartfelt letter to Minghui, after his son living in the United States recovers from a severe case of Covid-19 by reciting "Truthfulness-Compassion-Forbearance is good. Falun Dafa is good.”

Growing Up with Master’s Guidance

"Let us not allow ourselves to be lost in this big dye vat of ordinary society, ultimately missing this once in a thousand millennia opportunity."

Surviving Nine Brutal Years in Prison for My Faith

"I encountered 55 practitioners who were jailed in Huazi and Nanguanling Prisons. Two died in Huazi, and three died in Nanguanling from torture. At least two more practitioners passed away right after they were released, and five were rescued after being sent to the emergency room. The persecution was brutal."