On June 28, 2020, they demonstrated the exercises accompanied by the calming music. They also set up display boards to introduce the practice and clarified the truth about the persecution of Falun Gong in China, including the state-sanctioned forced organ harvesting from living practitioners.

While several practitioners demonstrated the exercises, others passed out fliers and talked with passersby. Many people signed the petition calling for an end to the persecution and the organ harvesting. 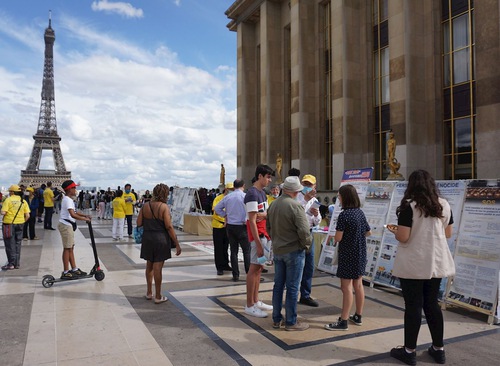 Reading the display boards and speaking with Falun Dafa practitioners 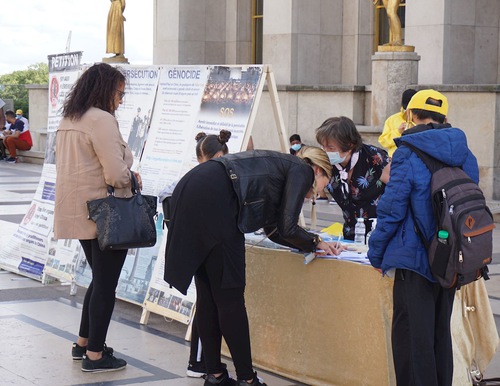 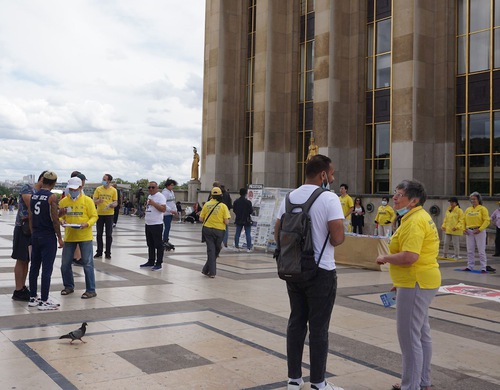 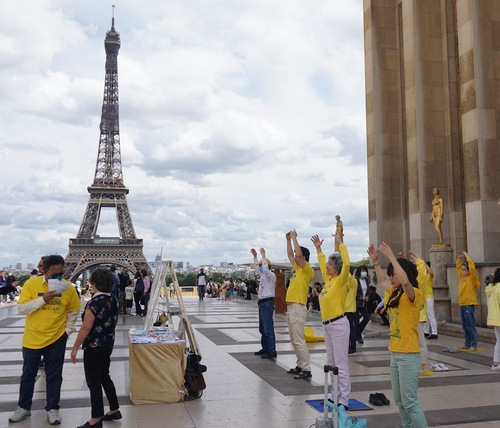 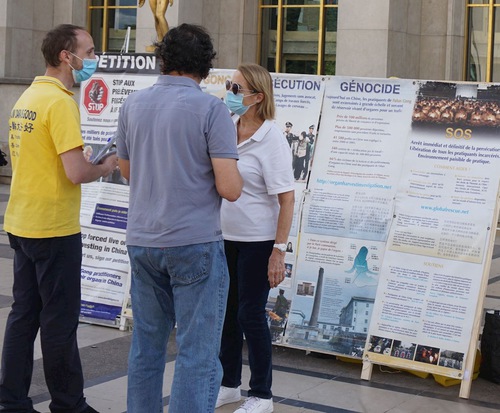 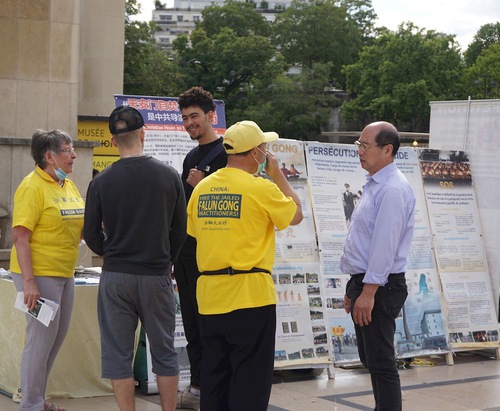 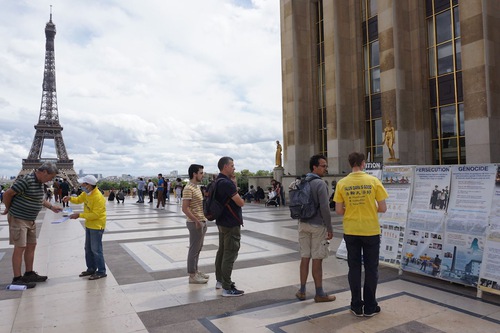 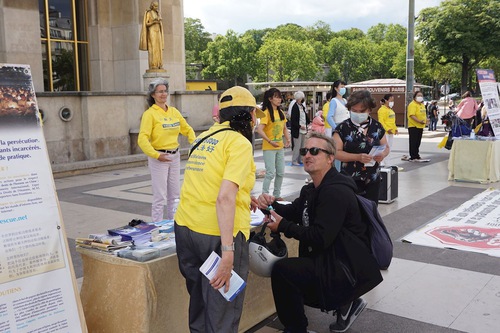 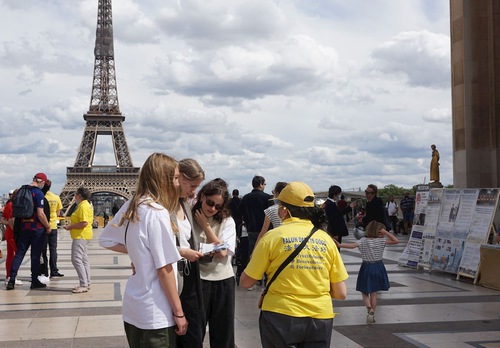 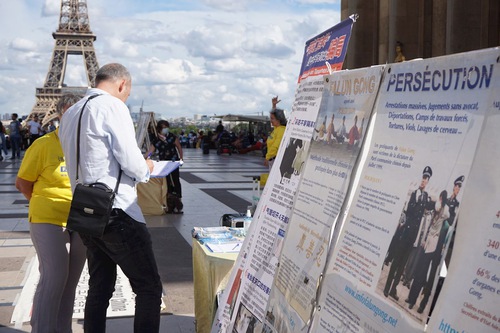 Tourists sign the petition and talk to practitioners to learn more about the persecution.

Lounes and his younger sister Ines are college students who were visiting Paris. After they signed the petition, Ines said, “These practitioners in China are human beings. It is so scary that they had their organs harvested. In a normal country, organs are donated voluntarily. A government can’t take a person’s organs without express permission.”

Elony Sofene, who works in a hospital, and her son and daughter signed the petition. She said that everyone should have freedom of belief. “But having some rich people travel to China and buy human organs by killing other people—that’s a crime against humanity. We can’t allow it to continue.”

Two tourists from Dallas, Texas, showed great interest in Falun Gong and talked with a practitioner for a long time. They also signed the petition calling for an end to the persecution and said that they would continue to pay attention to the persecution after returning home.

A lady from Morocco, who was visiting a relative in Paris, met a practitioner on the bus and decided to learn the exercises. She followed the practitioner to Human Rights Plaza and started to learn them. She then signed a petition and took additional introductory materials.

Jérémy Agut, a bus driver, worried that artificial intelligence and “facial recognition” widely implemented in China would further deprive people of their freedom. “I wish the Chinese could have more freedom,” he said. “I am opposed to (the Chinese Communist Party) controlling people using such means. And our government leaders should side with human rights, instead of being beholden to economic interests and ignoring the freedom of Chinese people. I side with everyone being persecuted and tortured.”

Fabrice Riou, who works in a store, was saddened that the Chinese don’t have freedom of belief and religion. He said, “Wealth is good, but freedom is what we want. The Communist Party is the most harmful entity in this world.”