(Minghui.org) In the wake of the coronavirus outbreak, the Chinese Communist Party not only initially covered up the emergence and severity of the disease, causing it to become a global pandemic, but also strengthened its media and internet control and intensified domestic human rights violations against numerous groups including Falun Gong.

These were the findings that analysts presented during a Canadian human rights forum on June 9, 2020, titled “China at a Crossroads: Standing Up for Human Rights During the Pandemic.” Organized by the Raoul Wallenberg Centre for Human Rights, the forum was divided into three sections and included discussion on the regime's censorship and disinformation, political prisoners and the suppression of minorities by the Chinese Communist Party (CCP), as well as proposed actions to address these issues.

Irwin Cotler, former Minister of Justice and Attorney General of Canada and current chair of the Raoul Wallenberg Centre, said that the cover-up of the coronavirus in China was an “assault on the rules-based international order,” while the proposed national security legislation in Hong Hong is another “assault on the rule of law, the politicization of fundamental freedoms protected under Hong Kong’s basic law.” 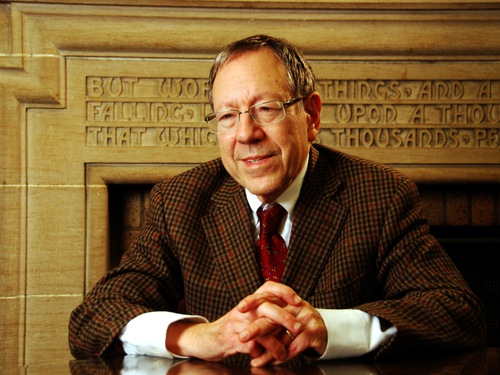 Irwin Cotler, former Minister of Justice and Attorney General of Canada, is the current chair of the Raoul Wallenberg Centre for Human Rights.

These recent assaults occurred on the top of the totalitarian leadership's systematic suppression in China, including ongoing religious persecution. On June 10, U.S. Secretary of State Michael Pompeo and Samuel Brownback, U.S. Ambassador at Large for International Religious Freedom, released the 2019 International Religious Freedom Report. in which China was mentioned many times for its poor human rights record.

“In China, state-sponsored repression against all religions continues to intensify,” remarked Pompeo during a press conference on June 10. He gave examples of the suppression of Uyghurs, Tibetans, Buddhists, Falun Gong practitioners, and Christians.

Carl Gershman, president of the National Endowment for Democracy in Washington, D.C., said that the pandemic is a catastrophe. Citing research from the University of Southampton, he said that if China had acted three weeks earlier, 95 percent of the coronavirus cases could have been avoided.

As coronavirus cases in other countries increased dramatically, the CCP became more aggressive in international society, with wolf-warrior style diplomacy. “Instead of showing remorse and cooperating, they are behaving in a much, much more bullying and aggressive way than ever before, because they think that the world is incapable of responding to them because of the virus,” Mr. Gershman stated.

He emphasized that the CCP is different from the Chinese people. “China, in my view—and I’m talking about the regime, not the country, not the people, the CCP, the regime in Beijing—they are deeply insecure, because they have suffered from what Columbia University scholar Andy Nathan has called a birth defect that it cannot cure, which is that their dictatorial system lacks legitimacy,” he said.

Sarah Cook from Freedom House said that for four consecutive years China has been listed as a nation with the worst internet violations. In addition to censorship, people have been detained for posting information online about incidents that differed from the official CCP tone.

Citing information from the Falun Dafa Information Center, Ms. Cook said that the number of arrests made against Falun Dafa practitioners increased in China during the pandemic. Some of those arrested simply shared information about the virus or provided access to software to help people circumvent the internet blockade.

According to Chinese Human Rights Defenders, nearly 900 internet users were detained in early April by Chinese authorities and charged with “spreading rumors.” These people merely posted information about events in their own lives or in their communities. Furthermore, some citizen reporters were detained for reporting about the coronavirus, and their whereabouts have remained unknown for the past several months.

“Based on an examination of the early stages of the outbreak, efforts to conceal the spread and novel nature of the virus, failures to share accurate information as required by international law, and the suppression of voices seeking to warn the world, the Chinese Communist Party (CCP) bears overwhelming responsibility for allowing a local outbreak to become a global pandemic,” the report stated. “In sum, the COVID-19 global pandemic could have been prevented if the CCP acted in a transparent and responsible manner.”

Senior lawmakers from eight countries, including the U.S., have launched a new cross-parliamentary alliance to help counter what they say is the threat that China’s growing influence poses to global trade, security and human rights, Bloomberg reported on June 5, 2020, in an article titled “Lawmakers in Eight Countries Form New Alliance to Counter China.”

Mr. Cotler said he applauded the alliance on China and said it would help “mobilize a constituency of conscience.” But he added that this was not enough since, “What we’re dealing with here is a predatory regime that is engaged in both the massive repression of its own citizens and the export of its aggression abroad.”

More specifically, his proposals include a U.N. Special Envoy to protect the rights and freedoms of the Hong Kong people, ending the persecution of Falun Gong, protecting the integrity of international organizations such as the WHO and the U.N. Human Rights Council, and implementing targeted Magnitsky Act sanctions on human rights violators, and more.