(Minghui.org) On May 31, 2019, the Minghui.org editorial board issued a notice requesting information about perpetrators of the persecution of Falun Gong for submission to the U.S. Department of State. The notice urged “Dafa disciples all over the world to take immediate action to collect, compile, and submit to Minghui.org information on the perpetrators, their family members, and their assets, so as to locate and verify their identities.” The request for information is related to the State Department's more stringent visa restrictions, with increased possibility of denying entry to known human rights violators and perpetrators of religious persecution.

This article presents information about Ye Xiaowen, former director for the State Administration for Religious Affairs (SARA). Ye was born in Chongqing City in August 1950 and lives in Beijing. He is currently a member of the Chinese People's Political Consultative Conference (CPPCC) in the sub-sector of Social Science.

Major Involvement in the Persecution of Falun Gong

SARA, founded in 1950, was known as the Bureau of Religious Affairs from 1954 to 1998 and was renamed State Administration for Religious Affairs in 1999. A branch of the State Council, SARA has been persecuting various religious groups for years.

After former Chinese Communist Party (CCP) leader Jiang Zemin began to suppress Falun Gong on July 20, 1999, Ye Xiaowen, who was SARA director and party secretary from 1995 to 2009, gave a four-hour-long speech defaming Falun Gong to various central government agencies. This speech was later complied as study materials for government agencies in Beijing. In August and November 1999, Ye slandered Falun Gong publicly again, first on CCTV and then at a State Council press conference. By demonizing Falun Gong, he fueled nationwide hatred toward those who practice Falun Gong.

As Director of SARA, Ye led government-approved “religious leaders” to visit the United States and other nations starting in 2000. He continued to slander Falun Gong in an attempt to extend the suppression overseas. As part of this campaign, he defamed Falun Gong during a religious academic forum at the Chinese University of Hong Kong on February 19, 2001. He also took many opportunities to push and even threaten the religious world to mistreat Falun Gong. One example was at the First World Buddhist Forum in April 2006 in Zhejiang Province, China, during which he demonized Falun Gong as Director of SARA. 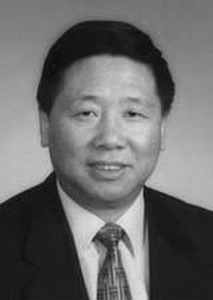 Through the years, Ye and SARA have slandered Falun Gong through religious, educational, and news media channels, instigating public hatred against this traditional spiritual discipline.

Under Jiang's persecution policy, tens of millions of Falun Gong practitioners have been arrested, detained, tortured and even killed over the past two decades of persecution. Their family members haven been discriminated against, including being expelled from school or the workplace.

When visiting the United States in June 2006, Ye and Wang Zuo'an, Deputy Director of SARA, were sued by Falun Gong practitioners in a federal court in New York. The US court issued a subpoena to both of them, as they had been accused of inciting, instigating, conspiring, ordering, planning and/or aiding and abetting torture, genocide and other human rights abuses against Falun Gong.

Dawa Tsering, Director of a religious foundation associated with the Dalai Lama, said that Ye was actively involved in suppressing religious belief in Tibet by closing temples, depriving monks access to scriptures, and destroying scriptures.

The United States Department of State released its 2018 Annual Report on International Religious Freedom on June 21, 2019. Similar to previous years, the report continues to list China as a “Country of Particular Concern” (CPC) under the International Religious Freedom Act of 1998, for having engaged in or tolerated particularly severe violations of religious freedom.

Ye Xiaowen, Director of the CCP's Religious Affairs Bureau, Sued for Torture and Genocide in US Civil Court

“Four Heilongjiang Residents Arrested for Their Faith, A Fifth Forced to Live Away from Home”