(Minghui.org) Falun Dafa practitioners gathered at the Palais des Nations in Geneva, Switzerland and in Brussels, Belgium, on July 17, 2019, to mark the 20th year of Falun Gong's peaceful resistance against the Chinese Communist Party's (CCP) persecution. 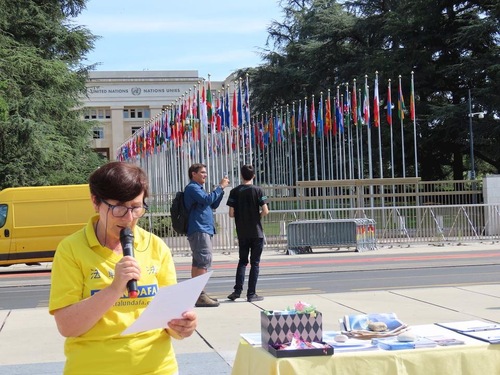 A Falun Gong practitioner speaks at the rally in Geneva on July 17, 2019.

Practitioners hosted a rally outside the Palais des Nations in Geneva on July 17, 2019. Nine Swiss federal and state legislators and the chairman of a human rights organization attended the rally. They said that to support Falun Gong and its peaceful resistance, they chose to travel to Geneva and attend the rally at a place symbolic for safeguarding democracy and freedom of belief. 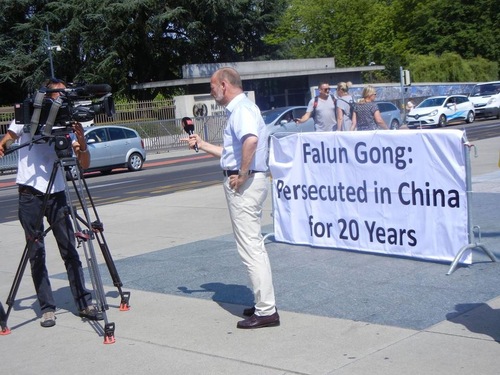 Mr. Dominique de Buman, former President of the Swiss National Council and Vice President of the Christian Democratic People's Party, said that western countries should not play dumb about the regime's persecution of Falun Gong. A bill has been submitted to the federal government to forbid foreign officials who have committed crimes from entering Switzerland. 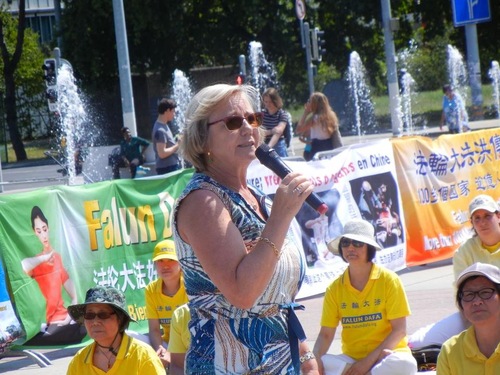 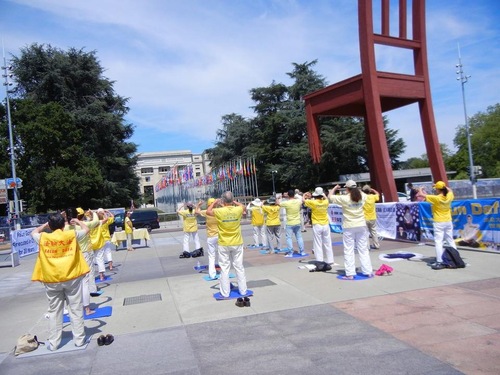 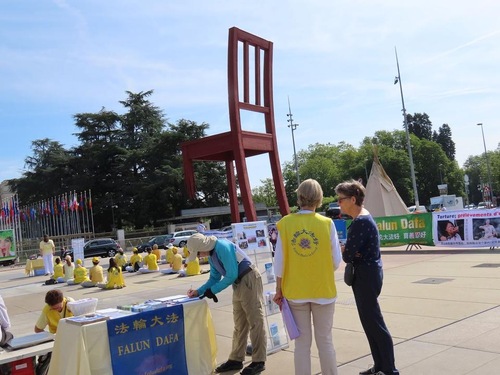 Twelve officials who couldn't attend the rally in person wrote letters expressing their support. The public officials who attended and some Falun Gong practitioners watched the documentary “Letter from Masanjia” together after the rally.

Falun Gong practitioners held a peaceful sitting protest in front of the Chinese Consulate in Belgium on July 17, 2019. 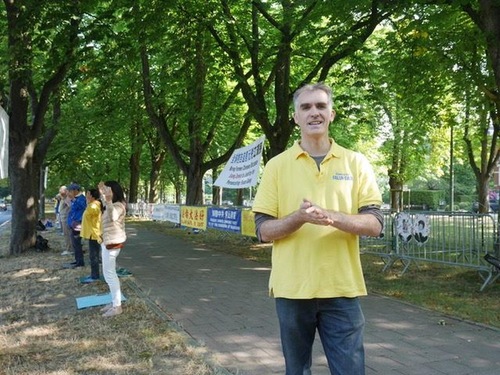 Nico, activity organizer and a Falun Gong practitioner, said the activity was held to expose the Chinese regime's lies and raise awareness of the persecution. 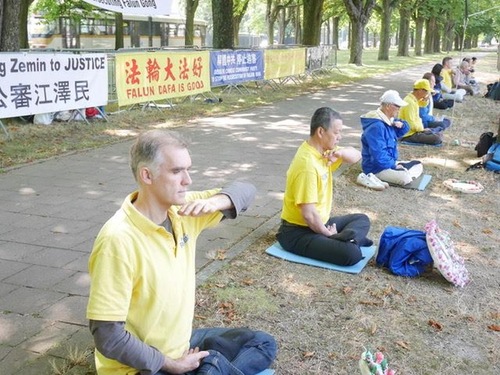 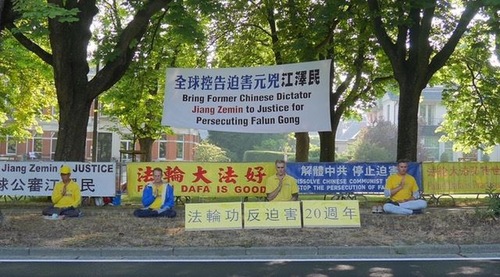 Falun Gong practitioners take part in a sitting protest in front of Chinese Consulate in Belgium on July 17, 2019.

“Gansu Woman Detained for Two Years for Not Renouncing Her Faith”