Artists, Musicians, and Poets Persecuted for Their Belief in Falun Gong (Part 4)

Falun Gong (also known as Falun Dafa) is an advanced practice of self-cultivation based on Buddha School teachings, founded by Mr. Li Hongzhi. Since its introduction in 1992, the practice has spread to over 100 countries, and many people have experienced significant health improvement after taking up Falun Gong.

The Chinese government officially banned the practice in 1999. Since then, many practitioners in China have been persecuted for upholding their belief. Among them are talented artists, musicians, and poets.

Many practitioners have died as a result of the persecution, and a larger number were sentenced to many years in prison. Others have become disabled as a result of torture suffered in police custody, and a few have been forced to flee their homeland.

According to information published on the Minghui website, at least 9 artists have died, 75 were arrested, among whom 50 were sentenced to forced labor or prison. The following report represents a small number of the cases that have been published on minghui.org.

Mr. Gao Zongzhen from the Shunyi District, Beijing, was a member of the Chinese Calligraphy and Painting Association, and a member of the Chinese Public Relations Arts Committee. His work has won many awards at national calligraphy competitions. His piece “Wealthy Are the Contented” won a gold medal and was listed in the Chinese Contemporary Dictionary. In 2006 Mr. Gao donated ten calligraphy artworks and 100,000 yuan to the World Peace Charity Foundation. He was given a gold medal and named Ambassador of Compassion. 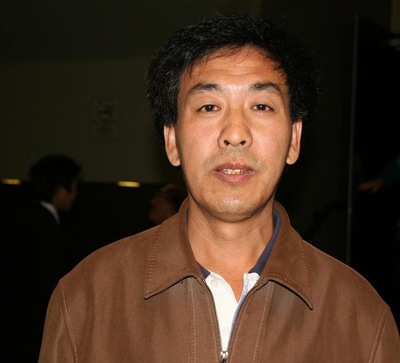 Mr. Gao started practicing Falun Gong in 1997. He has been repeatedly arrested since the persecution began in July 1999. His father, unable to deal with the constant harassment from the police, passed away in 2001. His daughter, Gao Yang, also faced discrimination at school.

The police again arrested Mr. Gao on December 15, 2006, claiming that someone had reported him for distributing Falun Gong informational materials. To avoid further persecution, Mr. Gao and his daughter emigrated to Australia.

Mr. Chen started practicing Falun Gong in 1995. Back then, he had been a heavy smoker for over 30 years. For the sake of his health, his family did everything they could think of to help him quit smoking, but nothing worked.

Mr. Chen once saw a video of Master Li Hongzhi's Falun Gong lectures. The content resonated with him and he decided to take up the practice. That night, Mr. Chen didn't even think about smoking. The next day when he lit up a cigarette, it didn’t taste right. In fact, it tasted terrible. He tried different brands, but they all tasted bad. He threw his cigarettes away and hasn’t thought about smoking since. His desire to smoke just disappeared. He thought it very strange that it was so easy to quit this time. He also regained his health.

When the Chinese government started persecuting Falun Gong in 1999, Mr. Chen and his wife petitioned the government for the right to practice Falun Gong. They were both detained. Their son, also a practitioner, was arrested and imprisoned for three years. The family currently lives in America.

Ms. Yue Changzhi, 72, was an electrical engineer at China's Aeronautics and Space Bureau and she was also a painter. Not only was she an excellent engineer, but her Chinese ink paintings were included in the body of work China's 500 Best Painters. She once donated 30,000 yuan to a flood relief fund. 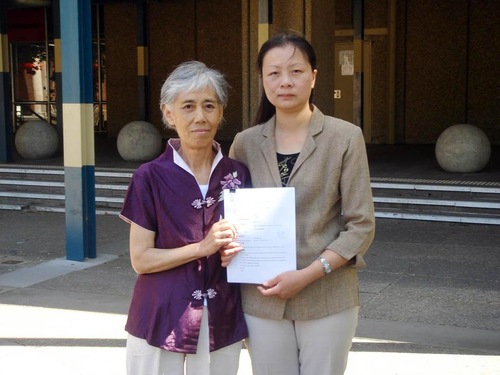 Ms. Yue Changzhi was born with poor health and had a difficult life. She began practicing Falun Gong in 1996 and regained her health. After the Chinese government started to persecute Falun Gong in 1999, Ms. Yue was arrested eight times and taken to a brainwashing center twice.

At work, she was often attacked because she practiced Falun Gong. Moreover, her pension was reduced from 1,300 to 200 yuan a month.

Ms. Yue was sentenced to four years in Beijing Women's Prison in July 2003, where she was tortured. She was deprived of sleep and forbidden to use the toilet. She was brutally beaten. One day, nine people held her to the ground and beat her, which resulted in her teeth becoming loose. They forced her legs 180 degrees apart and pushed her neck forward. She heard her lower back crack before she passed out. When she came to, her assailants demanded, "Will you continue to practice Falun Gong?" When she said she would, they continued the same torture. Her spine snapped in three places. Large bruises all over her body were still visible a month later. Because she was not given any medical treatment or allowed to rest, her vertebrae did not re-align properly, and she could not stand up straight. Ms. Yue eventually fled China and currently resides in Australia.

Ms. Zhang Cuiyang, a talented painter from China, emigrated to Australia with her husband and child. When she heard about the persecution of Falun Gong in 1999, she went to the Chinese Consulate in Sydney to deliver a letter of appeal. The consulate staff would not accept the letter despite the fact that she stood there every day for five months. So she traveled to Beijing to appeal for justice for Falun Gong and was interrogated and beaten before she was forced to leave China.

When Ms. Zhang went back to China again on March 5, 2000, she was arrested after she landed at the airport and taken to a prison. She was put into shackles and chains and placed among the male criminals. The other prisoners were encouraged to physically abuse Zhang. She was not permitted to have any contact with the outside world.

Finally, a released prisoner wrote letters to her husband and the Australian consulate in Beijing telling them where she was. After several months, they managed to get her released. Since that harrowing experience, Ms. Zhang has dedicated all her time and energy to raising awareness of the persecution of Falun Gong in China.

“Be Clearheaded and Stop Interfering with Others and Self”