Nuremberg, Germany: We Must Speak Up to Stop the Persecution

Many local residents and tourists from around the world were attracted to the exercise demonstrations and colorful banners. They stopped to learn about the persecution in China, and many signed a petition calling for it to end. Some were interested in learning Falun Gong and asked for more information. 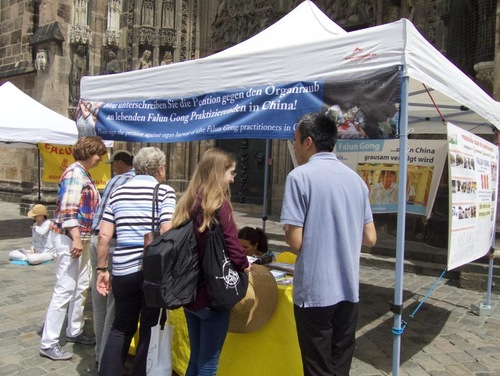 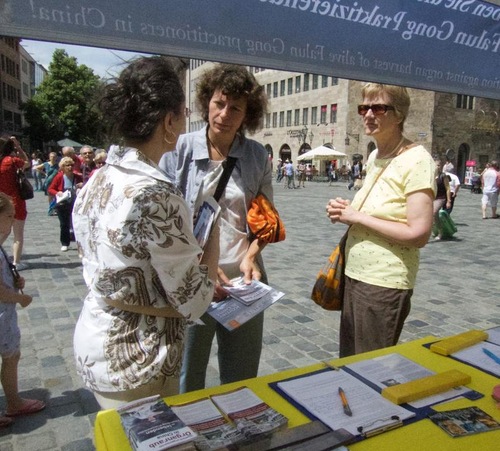 Practitioners in Nuremberg talk to the public about the Chinese Communist Party's (CCP) persecution of Falun Gong. 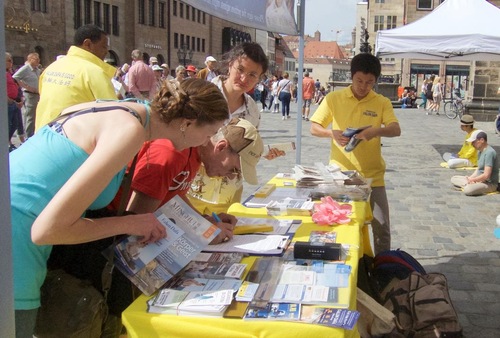 People sign a petition calling for an end to the CCP's harvesting of organs from living Falun Gong practitioners.

Ms. Gisela Reinwald told practitioners about her father's tragic story. She explained that her father was a Nazi soldier during World War II. She said, “The world knows what terrible things the Third Reich did, but my father was still filled with Nazi ideology. He believed that they hadn't committed any crimes. We know six million Jews were killed. I told my father, 'You witnessed how the Jews were sent into the gas chambers.' He was furious. He couldn't accept that he was an accomplice to crimes!'”

Gisela added, “The CCP's organ harvesting from living practitioners is no different from the persecution of the Jews. Such horrible and unfair things are still happening today. People must call them out. We must speak up to stop the persecution!” 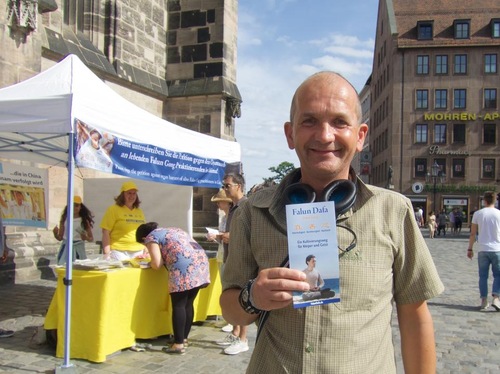 Thomas Weinrech signed the petition and said, “I think organ trafficking shouldn't happen anywhere in the world. I grew up in East Germany, so I'm very familiar with the Communist Party. We also had a state security [force]. It was called the Stasi.”

Thomas said that all countries that enjoy freedom of speech should work together to stop the persecution. “Politicians should hold a discussion on how to stop this persecution. They must do something. We elected them for this. If they continue to remain silent then they are not doing their job,” he said.

“Malongayangay, Taiwan: Raising Awareness of the Persecution of Falun Dafa at a Well-Known Tourist Destination”