(Minghui.org) Mr. Yan Rongjie was sentenced to 3.5 years in prison on May 31, 2019 for not renouncing his faith in Falun Gong, a mind-body practice that has been persecuted by the Chinese communist regime since 1999. He has appealed the verdict. 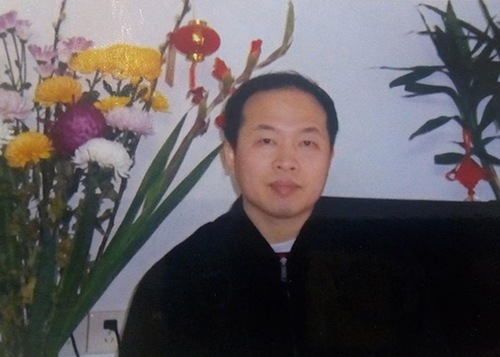 Mr. Yan, 55, a resident of Guangzhou City, Guangdong Province, was arrested on July 23, 2018 after being reported for sending information about Falun Gong to people's cell phones.

The police ransacked his home that evening. Their violence and brutality terrified Mr. Yan's father, who is in his 80s. He refused to eat after the raid and suffered a heart attack one month later.

After seven months of detention and the procuratorate returning his case to the police once for insufficient evidence, Mr. Yan appeared in Liwan District Court on February 22, 2019. His lawyer entered a not guilty plea for him and argued that no law criminalizes Falun Gong. He also emphasized that the information his client spread was to expose the persecution of his faith, which didn't cause harm to anyone. He demanded acquittal.

The judge sentenced Mr. Yan to prison with a 5,000 yuan fine at the sentencing trial on May 31.

Related reports:Mr. Yan Rongjie Arrested for His Faith, His Ill Father Traumatized and in a Coma

“Yunlin, Taiwan: Learning from Each Other During Group Study and Discussion”