(Minghui.org) To commemorate the 20th anniversary of the April 25th peaceful appeal in Beijing, Falun Gong practitioners are holding events worldwide. They raise awareness of the Chinese Communist Party's (CCP) persecution of Falun Gong, including the CCP's state-sanctioned organ harvesting from living practitioners. They also talk about the 330 million Chinese people who have withdrawn from the CCP and its youth organizations. 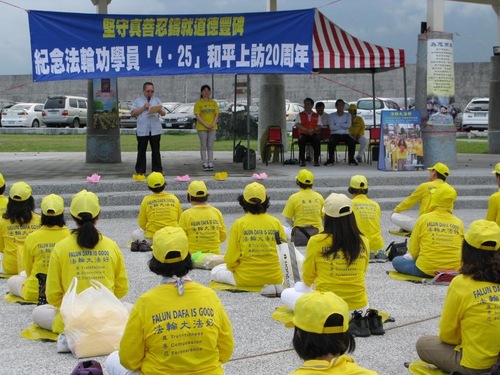 Rally in Hualien to commemorate the April 25 appeal 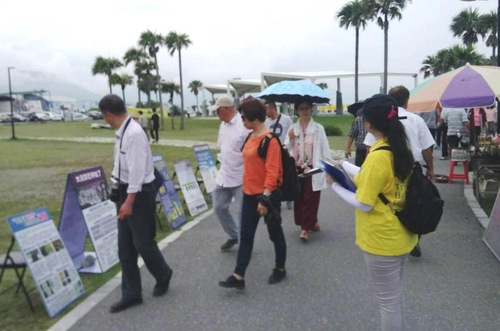 Guo Ying-yi Participates in the Rally 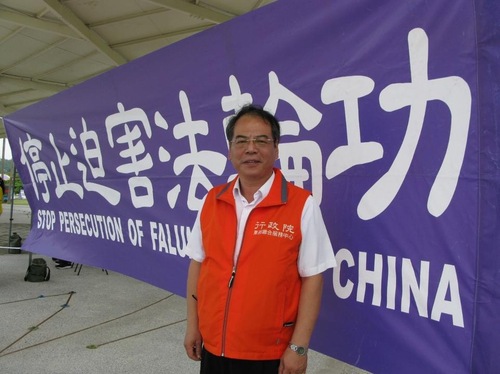 Guo Ying-yi said that people from throughout the world know that Falun Gong practitioners are good people and that only the CCP regime persecutes practitioners. 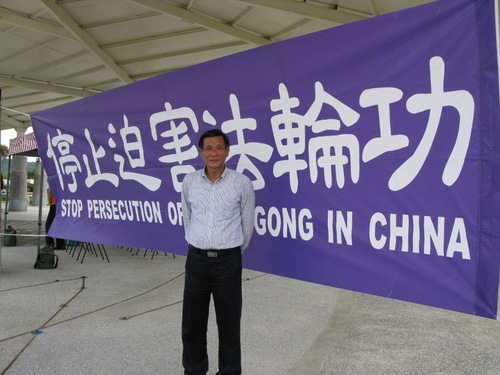 Hualien County Councilor Chuang Chi-cai spoke of the CCP’s threat to Taiwan by invading it with their military, which brings fear to the people of Taiwan.

He said that the CCP has persecuted Falun Gong in China for 20 years, and is known for its state-sanctioned organ harvesting from living Falun Gong practitioners. Such atrocities cannot be tolerated. He called on Taiwan’s leaders to pay attention to such issues. People from all walks of life should stand up to condemn the CCP’s human rights abuses and jointly end the persecution.

Falun Gong practitioners in Macau held a rally outside the St. Dominic's Church on April 20, 2019. They also raised awareness of the CCP's persecution and helped Chinese people renounce the Party and its youth organizations. 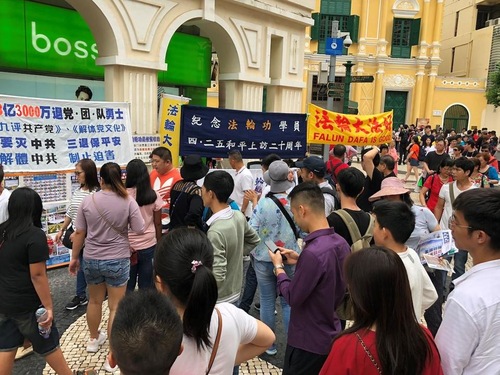 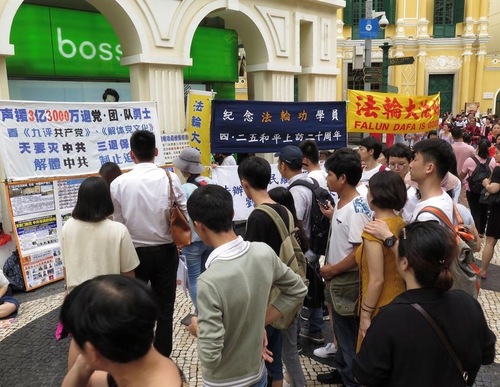 A large crowd reads the Falun Gong posters and banners. 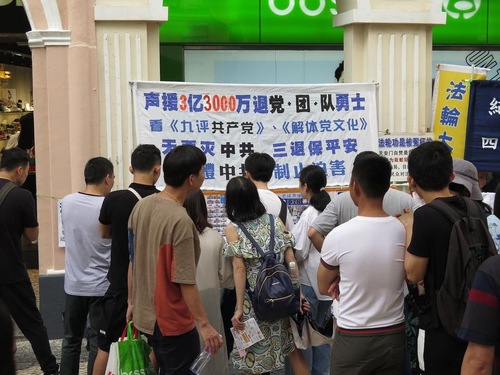 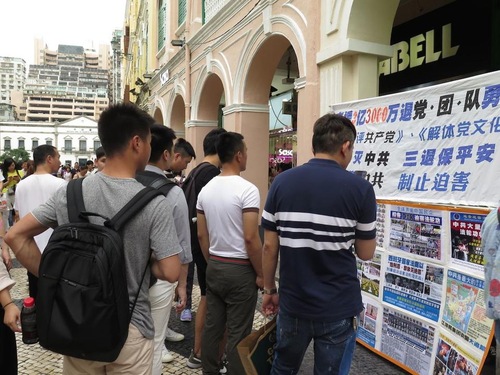 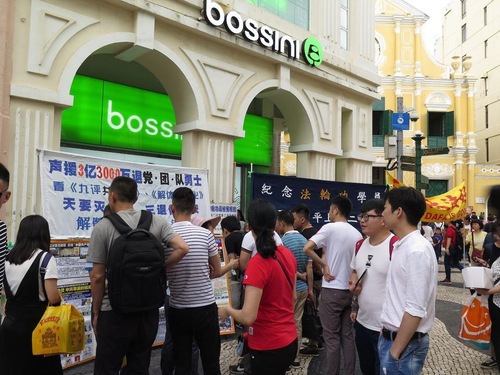 Many Chinese people want to understand more about the persecution of Falun Gong.

It rained non-stop in Macau from April 1 to the day of the rally, but the wind and rain stopped prior to the rally. There were many tourists and residents shopping in the area where Falun Gong practitioners positioned themselves.

When Falun Gong practitioners in Macau held up large banners with the words “Commemorating the 20th Anniversary of Falun Gong Practitioners' April 25th Peaceful Appeal,” “Bring Jiang Zemin, Luo Gan, Zhou Yongkang, Liu Jing, Zeng Qinghong, and Bo Xilai to Justice,” and “Falun Dafa is Good,” a large number of tourists and residents did not hesitate to read the banners and posters exposing the CCP's crimes. 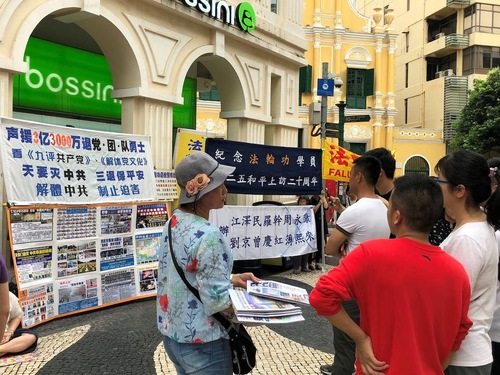 Tourists listen to a practitioner clarifying the truth about Falun Gong. 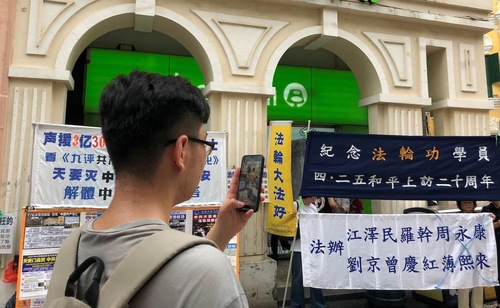 A tourist takes photos of the Falun Gong posters and banners.

Three Chinese tourists who attended the Falun Gong rally were reading the posters and banners. A practitioner told them about Falun Gong and asked if they had heard about the movement to quit the CCP.

The practitioner explained that if one quits the CCP, they will not be implicated in the atrocities committed by the CCP when the Party loses power. The three tourists agreed to quit the CCP organizations.