The affluent rural community of Kumeu is located 15 miles northwest of Auckland's city center, and they have hosted an annual agricultural and horticultural show since 1921. Held on 34 hectares (84 acres) of land, the Kumeu Show is the largest agricultural show in the southern hemisphere.

The activities of Falun Gong practitioners included the performance of the waist drum troupe and the dragon dancers, fairy maidens, and the distribution of paper lotus flowers as well as balloons with the words “Falun Dafa is good.” 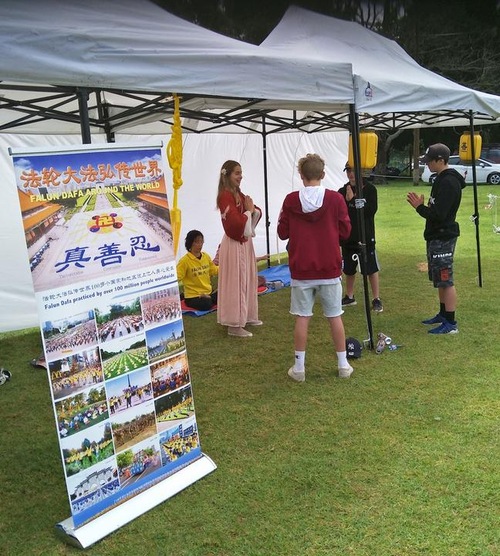 A practitioner teaches the exercises at the Kumeu show. 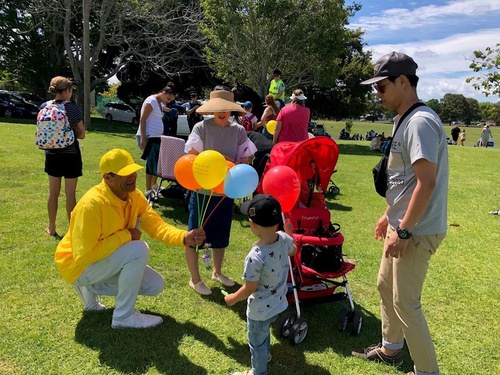 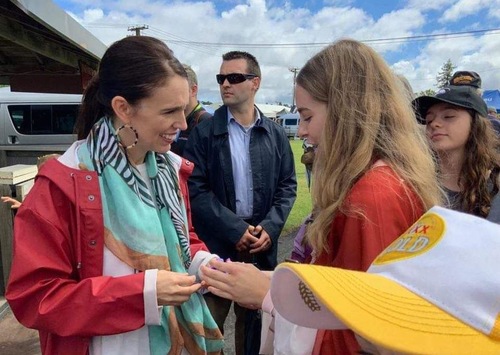 New Zealand Prime Minister Jacinda Ardern attended the show. She shook hands with practitioners and told them that she knew about the practice.

A woman named Horiana came to the Falun Gong display booth and asked for information. She said she wanted to give the practice a try. She was shocked when she heard that Falun Gong had been suppressed in China since 1999 and practitioners are being tortured for their belief.

“How can something like this happen,” she asked. “A long time ago, the Jews were persecuted. I'm horrified that you are going through the same thing. It is heart-wrenching.” She agrees with the principles of Truthfulness-Compassion-Forbearance and thinks it is very important that children are taught these values. 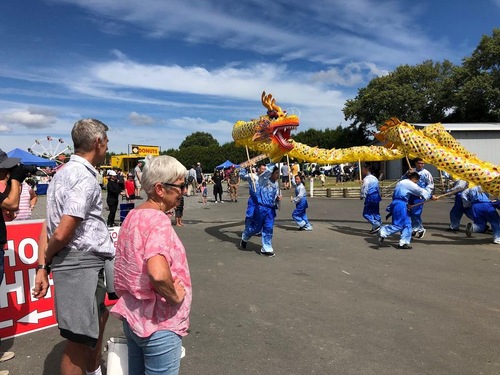 Grant and his wife watch the dragon dancers.

Local resident Grant enjoyed the dragon dance performance, especially the colorful costumes. He loves Chinese culture, and when he learned that the performers were Falun Gong practitioners, he asked if there was a practice site near where he lived.

Martina is a retired teacher who loves to read. She was surprised to learn that many people practice Falun Gong in China. She has read many books on autocratic governments and knew that China is ruled by the repressive communist party. She said she feels fortunate to be living in New Zealand far away from communism.

“Audiences Inspired by the Beauty and Energy of Shen Yun Performances”

“Power of Dafa: Recovering from an Accident”