Yehliu Park is a popular destination for Chinese tourists when they visit New Taipei, where they are warmly welcomed by Falun Dafa practitioners.

The practitioners set up display boards, hand out information, and tell them about the persecution. Due to the Chinese Communist Party's (CCP) media campaign throughout China to slander Falun Gong, many Chinese have questions and concerns, which the practitioners are more than happy to address. 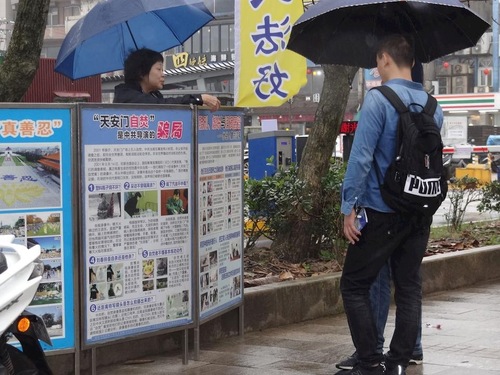 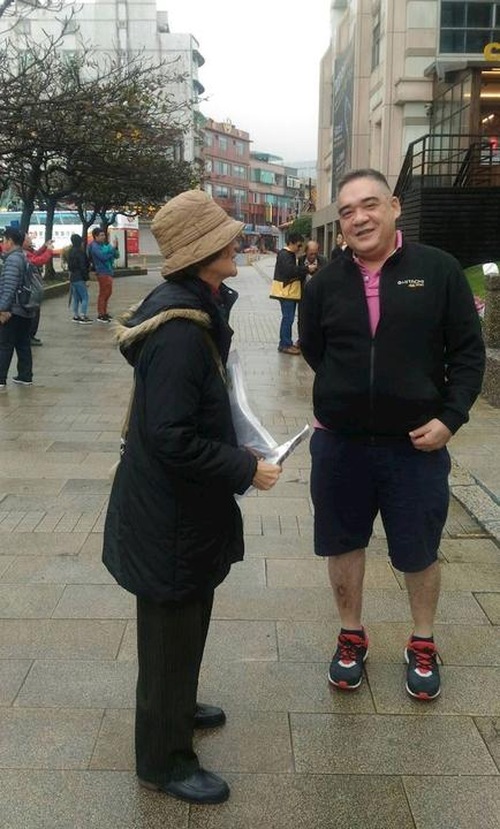 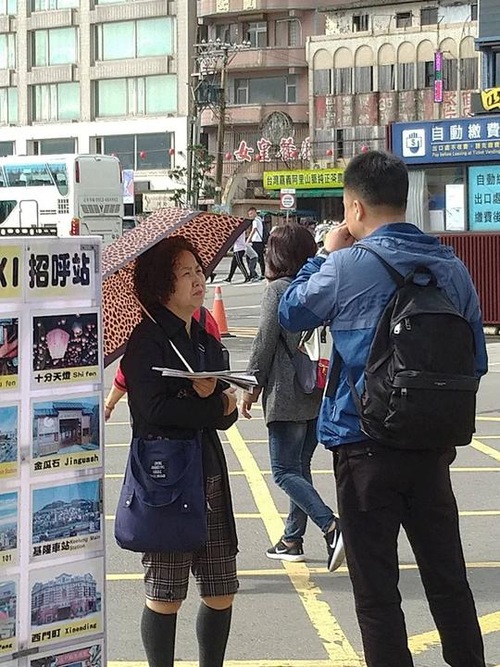 Practitioner Dai Chihui (left) comes to the park every day, even though she has to travel four hours by bus.

Many Chinese tourists wonder what motivates practitioners to come and talk to people day after day in all kinds of weather. Practitioners answer their questions by sharing their personal stories.

Ms. Hsu Yuetong ran a Karaoke bar. Years of drinking and partying day and night destroyed her health. She always had black circles under her eyes. She also had liver problems and several minor strokes. Eventually she had trouble walking and her facial muscles twitched uncontrollably. Although she was young, she felt like she was waiting for death so that she could get some relief.

She often saw Falun Dafa banners. One day she asked a friend about Falun Dafa and obtained a copy of Zhuan Falun,the main book of the teachings. She found the book very profound and attended a free workshop offered by local practitioners.

Her health soon improved. Ms. Hsu said that because she benefited both physically and spiritually from the practice, she wanted to share her experience with Chinese tourists.

She comes to Yehliu Park and hands out information about Falun Dafa and how the CCP is persecuting it. She also advises Chinese to quit the Party, “One day the CCP will be punished for the crimes it has committed, and anyone affiliated with it will go down with it. Quit now so that you won't be implicated when this happens.”

Many people agree with her, and some days she's helped 40 or 50 people quit the Party.

Mr. Hsu Zonghsian is a taxi driver and comes to the park whenever he has time. When he was a child he injured his arm playing baseball, so he could not carry anything heavy. He also had severe arrhythmia; at night he could hear his own heart beating. He also had chronic athlete's foot.

After he started practicing Falun Dafa, all his ailments disappeared. But what made his friends and family even happier is that his volatile temper also disappeared. He used to fight with everyone, but after he began practicing he calmed down and became mild tempered. 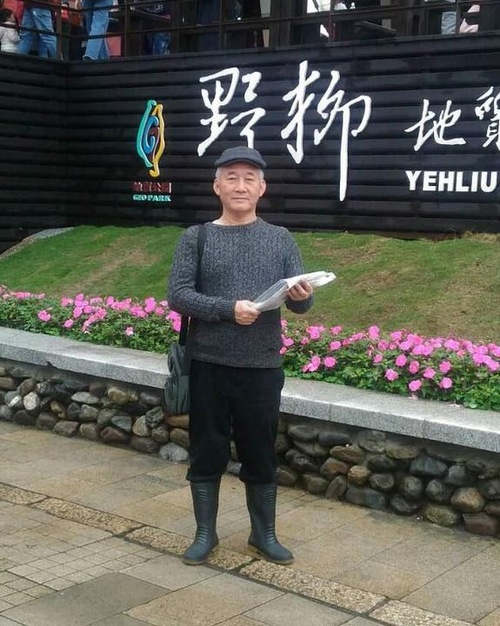 One day he picked up a drunk passenger, who kept telling Mr. Hsu to stop every few minutes so he could throw up. The passenger also ordered Mr. Hsu to drive faster, threatening to throw up on him if he didn't. Mr. Hsu said, “Before I started practicing Falun Dafa I would have kicked him out of my cab. But I was able to handle it calmly.”

Besides talking to tourists at the park, Mr. Hsu also tells his passengers about Falun Dafa and especially the persecution in China. He keeps flyers in his car. Whenever someone is interested in learning more, he gives them a copy of Zhuan Falun.

Mr. Hsu Jintu and Ms. Guo Siyi, a couple from Keelung, were the first practitioners who came to Yehliu Park to talk to people.

Ms. Guo said that she suffered from postpartum depression years ago, and nothing she tried helped. Mr. Hsu had lumbar disc atrophy and could not walk normally. Both husband and wife found their problems resolved soon after they began practicing Falun Dafa.

Being from Taiwan, they were surprised to learn that such a wonderful practice was being persecuted in China and that many people have been deceived by the Party's media campaign and have misunderstandings about Falun Dafa. The couple decided to clarify the truth to other Chinese. After they learned that Yehliu Park is visited by at least a thousand Chinese tourists each day, they began coming to the park and handing out materials. Gradually, more practitioners joined them. 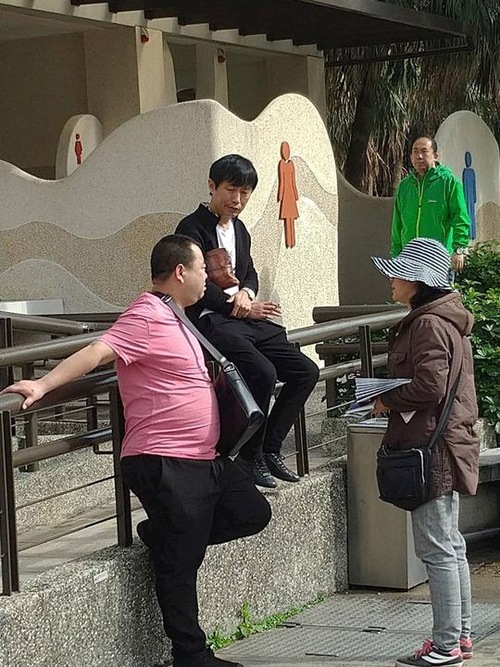 Ms. Guo said, “At first the park staff, vendors, and tourists didn't understand why we kept coming here. The park staff wouldn't allow us to hang up banners; they even threw away our speakers.

“We talked to the park manager and told him the facts about the persecution. He wept when he heard about the state-sanctioned organ harvesting from living Falun Dafa practitioners in China. Now he's very supportive.

“Most of the taxi drivers and vendors have changed their attitude after learning more about Falun Dafa and the persecution. They've become friendly and often help us set up the booth and the display boards.

“Because of the Party's propaganda campaign, most Chinese are curious and are willing to listen. One Chinese man refused to talk to me and said, 'The communist party is against Falun Gong.' When I pointed out that Falun Dafa teaches Truthfulness-Compassion-Forbearance, but the CCP believes in falsehoods, evil, and violence, he laughed, and took the information.”

Ms. Guo said, “Many Chinese tourists ask us how much we're paid to stand here and talk to people, since that's what the CCP tells them. I always tell them that we're volunteers and we come because we're concerned about our fellow Chinese on the mainland. The good health that comes with practicing Falun Dafa is not something that money can buy. Some of them ask how we make a living. I tell them that most of us have jobs and come here after work or on weekends or holidays. Some are retired or housewives and come here regularly.”

“Six Members of Same Family Targeted for Their Belief – Mother Drugged in Custody and Paralyzed, Father Deceased, and Children Incarcerated”