(Minghui.org) Falun Gong practitioners held activities in downtown Munich during the annual Oktoberfest, held from the end of September to the beginning of October. The two-week-long Oktoberfest is the largest festival in Munich. Practitioners clarified the truth to the local people and tourists from across the world who travel to Munich to attend this popular event.

Practitioners talked to people about the Chinese Communist Party’s (CCP) persecution, especially the state-sanctioned live organ harvesting from Falun Gong practitioners. Quite a number of people signed the petition which calls for an end to the persecution. 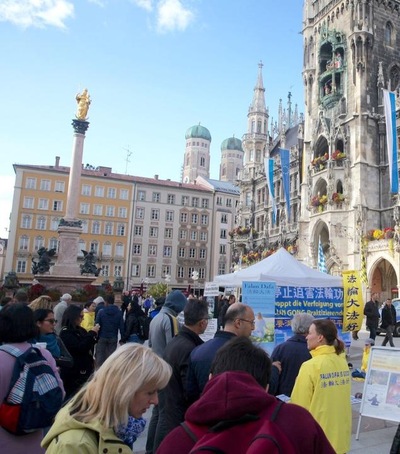 Falun Gong practitioners talk to German people and tourists on Marin Square in Munich on October 3 during Oktoberfest. 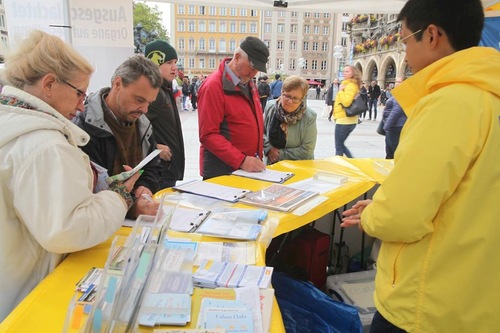 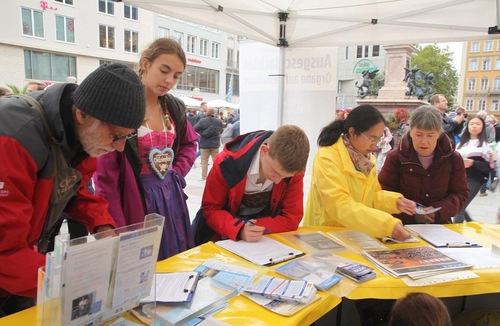 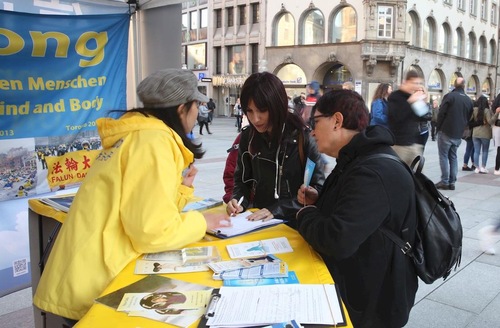 People sign the petition which condemns the persecution of Falun Gong in China. 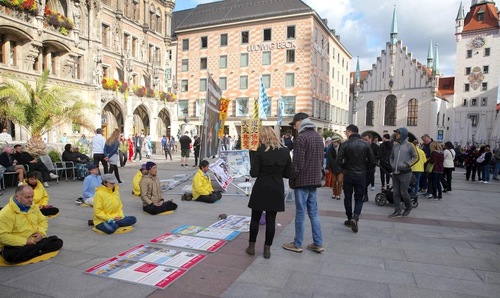 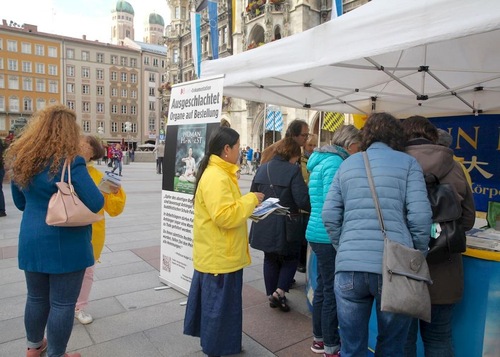 Practitioners talk to people about Falun Gong and the persecution during events held on Marin Square. 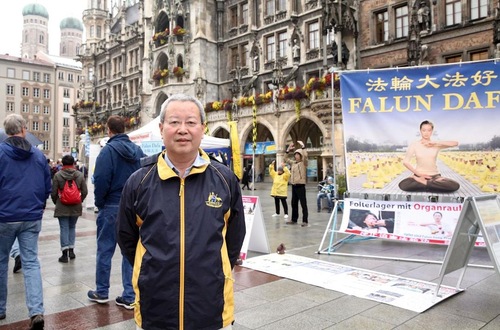 Xia Yeliang, a former associate professor from Peking University School of Economics, who currently resides in the U.S., met with practitioners at Marin Square on October 3 and 7 and spoke with them at length.

Referring to the CCP’s persecution of Falun Gong, Professor Xia said, “The Communist Party instinctively resists many good things. Truthfulness-Compassion-Forbearance have been advocated since ancient times. They are considered to be universal values for human beings. But the Communist Party does not follow this. The Party promotes lies and violence.”

“The World Must Change Peacefully”

“Very graceful and peaceful. Our world must change peacefully, not by using force,” said local resident Madina Magomedova after seeing the practitioners’ exercise demonstration in Munich. She said that she had just signed a petition to the German government to stop the CCP’s live organ harvesting from Falun Gong practitioners.

Ms. Magomedova is an accountant and an active participant in human rights activities. She saw the practitioners' exercise demonstration and said that it's unbelievable that the CCP would persecute such a peaceful practice. 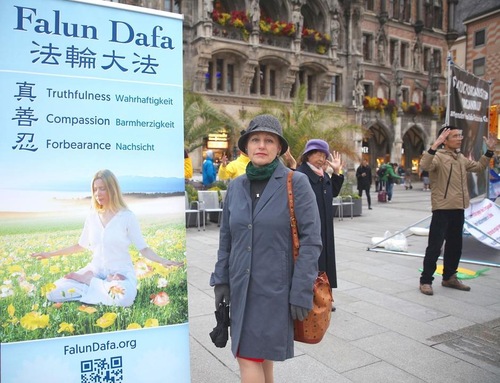 She said that she felt it was good that practitioners were collecting signatures to stop the CCP’s live organ harvesting, and affirmed, “Every one has rights. It's great that Falun Gong practitioners are doing this.” 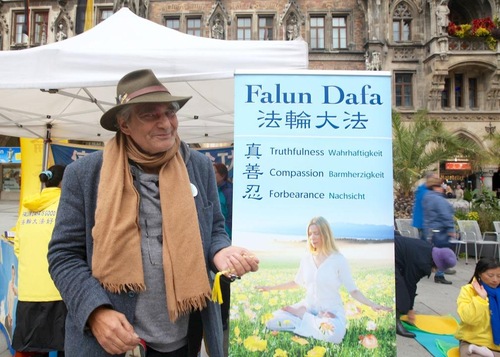 Jan Gruber, an engineer, signed the petition to support Falun Gong. He condemned the persecution. 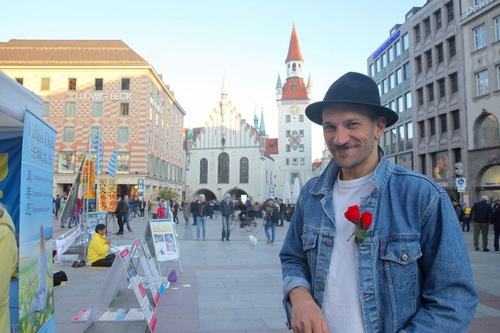 Mark Sigal, a real estate company manager, wished the practitioners success in their efforts to raise awareness of the persecution in China. 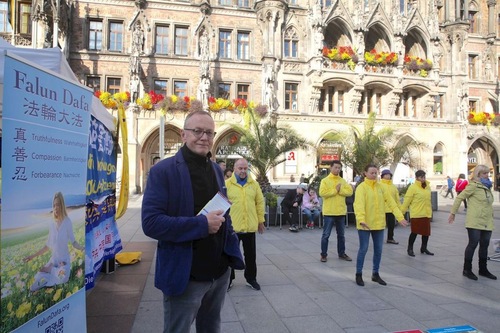 After watching practitioners do the exercises, teacher Bernhard Pilz said, “There is a peace here.”

Bernhard Pilz, a teacher, stopped to watch the practitioners doing the exercises. He said, “There is a peace here. This scene is peaceful and still. Everything around is so noisy, but there is a calmness here.”

He said that he had never heard of the CCP’s persecution of Falun Gong. “I'm shocked. I think this information should be spread more widely. If my signature can help, I am very willing to sign.”

When Mr. Pilz learned that people in China were persecuted and even lost their lives because of believing in Truthfulness-Compassion-Forbearance, he said, “It's incredible how a country and a political power can create so much repression. This is a scandal.”