(Minghui.org) During the first week of the Taiwan Tour that began on September 13, 2018, the Shen Yun Symphony Orchestra has presented six performances in five cities: Taipei, Pingtung, Yunlin, Kaohsiung, and Changhua. 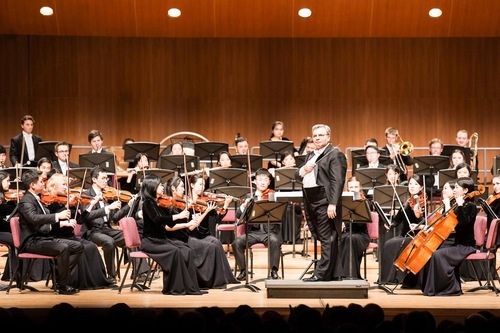 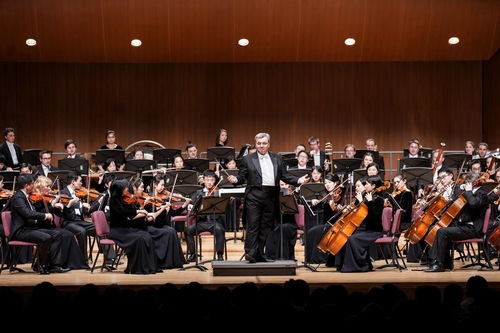 Conductor Milen Nachev interacts with audience members during the performance in Taipei on September 19, 2018. 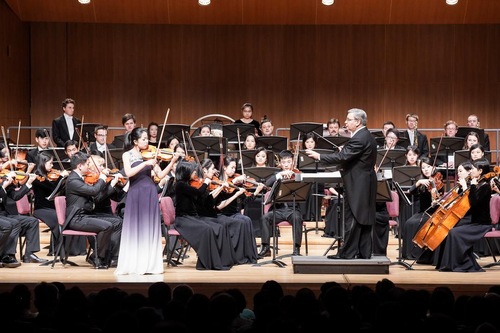 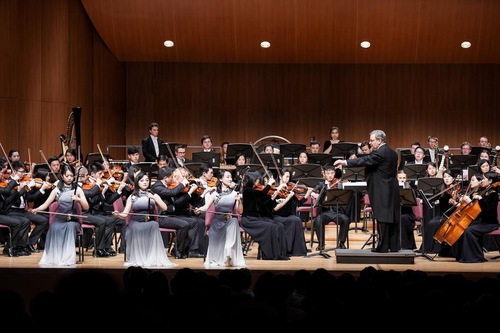 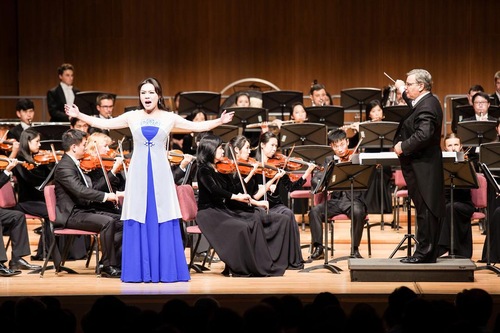 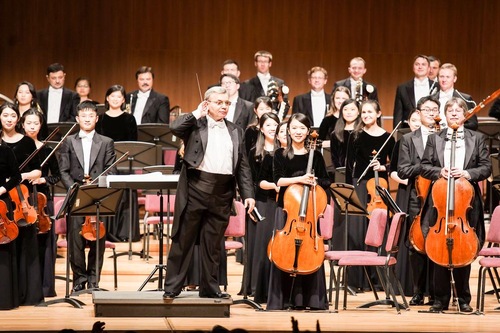 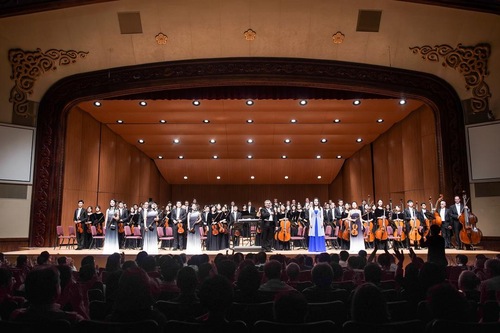 Curtain call by members of the Shen Yun Symphony Orchestra. 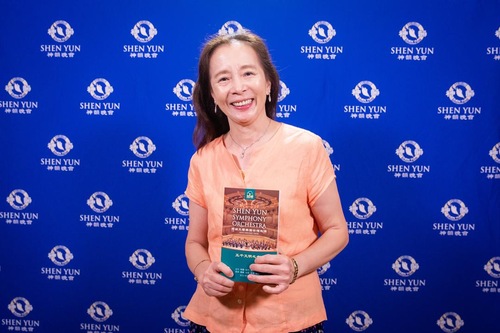 Emmy Chen, music professor at National Taipei University of Education and Shih Chien University, at the performance in Taipei.

“Shen Yun’s composer has a solid foundation for musical arrangements. It takes wisdom to crystallize his knowledge into music,” she said.

“I taught many classes today but I feel refreshed physically and mentally after listening to Shen Yun's music,” she said. 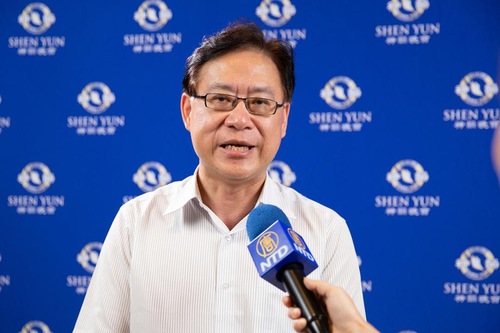 “The music encouraged and comforted my spirit at the same time,” said Chung Shao-hsi.

“What is outstanding about Shen Yun’s music is how it is able to blend the beauty of [traditional] Chinese culture into the combination of Chinese and Western [instruments]... I think people of any race or from any region can appreciate the beauty of this music,” he said.

“These performers must have undertaken some kind of meditation — the peacefulness in their hearts came through in their performance. The music they played was so pure and refreshing,” he described.

“The feeling that I get from this company, Shen Yun, is that it has a certain distinctive charm. It is almost as if gods were giving them a hand. This charm was brought forth with the music that was really unbelievable,” Mr. Chung added. 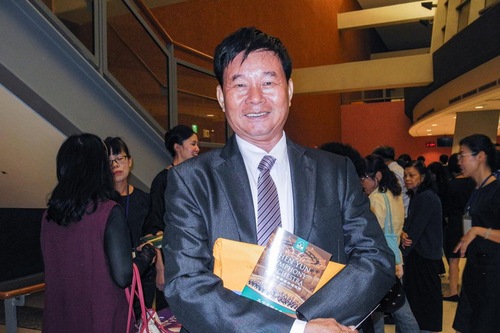 Su Ming-chi, president of a construction company in Taiwan.

“Seeing Shen Yun will change one's life. The attitude of life will become very good and lively. It can also lead the entire society,” he said.

“The music is God's blessing”

“This is an exquisite music feast! It is completely beyond my expectation. It’s not too much to say that the music is God’s blessing,” said Kaohsiung City Councilor Chang Feng-Teng.

“Its performance level is very high... The energy disseminated by Shen Yun’s music is something beyond my expectation,” he said.

“I was worn out today, but after listening to the first two pieces, I started to be in high spirits. I felt a kind of positive energy, and it became stronger and stronger. It could only be described as God’s blessing,” Mr. Chang said.

“Who Makes the Call When It Comes Cultivation?”