(Minghui.org) Falun Dafa practitioners brought the Tian Guo Marching Band and a float to celebrate the July 4th National Independence Day Parade which marks the 242nd birthday of the United States with tens of thousands of spectators.

The parade on Constitution Avenue is the largest Independence Day Parade in the country. For 13 consecutive years, Falun Dafa practitioners were invited to attend the event and is the only participating Chinese marching band. 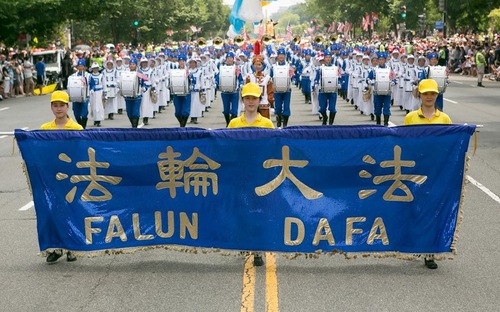 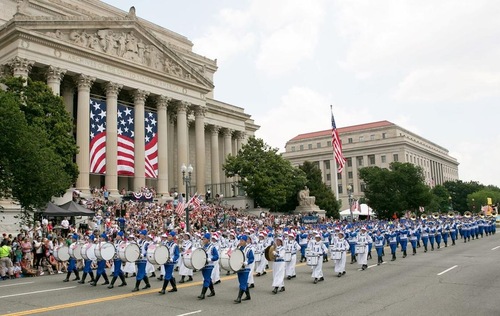 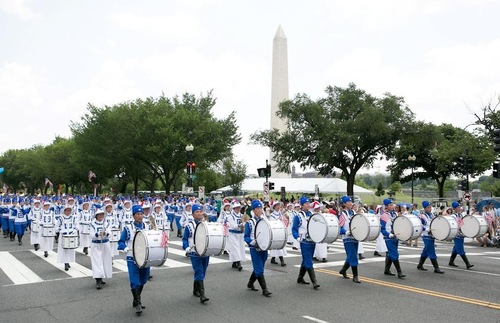 The march started at 11:45 a.m. and many people were impressed by the music of the practitioners and the uniforms they wore. The marching band conductor Mr. Zhou said all 170 band members are Falun Dafa practitioners and they ranged from less than 20 to over 70. “They come from all walks of society including doctors, business professionals, news media staff, software developers, corporate managers, and students. 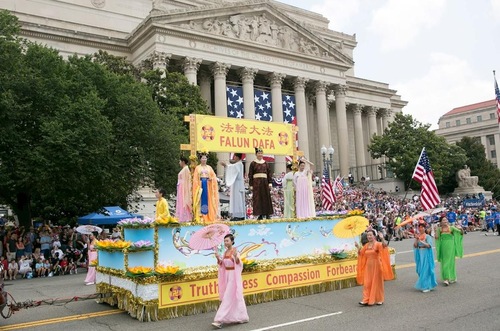 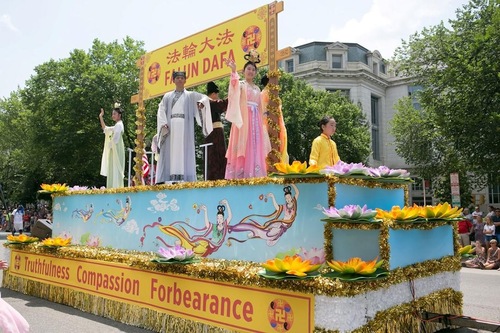 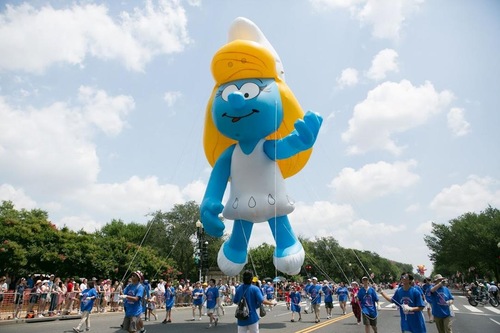 Twenty-five practitioners were invited by the host to hold a balloon cartoon. 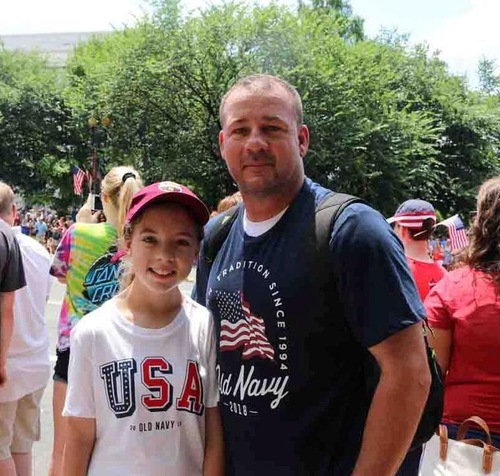 Beyne and his daughter from Indiana are glad to see the parade.

Beyne from Indiana watched the parade with her daughter Brooklyn. This is the first time they had seen a Chinese group in such a parade and they were impressed,” said Beyne. “I like the bright color of the uniforms and they are also very elegant,” his daughter added. 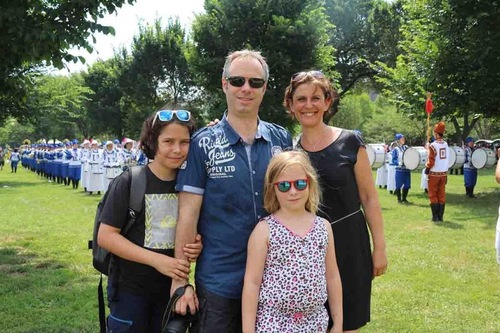 Calrine, a lawyer from France, with her husband and two children were excited to hear and see the Tian Guo Marching Band.

Calrine, a lawyer from France, came with her husband and two children to watch the performance. “It is the first time we have seen something like this,” Calrine remarked, “But I can tell the band members are highly skilled.”

Many Chinese tourists along Constitution Avenue took lots of pictures of the Tian Guo Marching Band. Mr. Luo, who came from China three months ago, was excited to see Falun Dafa practitioners, “You cannot see something like this in China. Very magnificent!”

Nilme from Bolivia said she liked the Falun Dafa group, “Because it makes you feel very peaceful and wonderful.”

Ida, a tourist from Sweden, agreed, “The melody is outstanding. I can feel strong energy from it.”

Richard from New York applauded the practitioners' performance as they passed. “Several years ago, I signed a petition in front of the United Nations in New York calling for an end to the persecution in China,” he said. “I am glad to see practitioners again today and hope they will keep it up.”

Traditional Values that Apply to Everyone

Mr. Wang from Changchun City, Jilin Province, was moved to tears when he saw the march of Falun Dafa practitioners. “People here have the freedom of belief. But back in China, many are mistreated for their belief and live in terror.” Both he and some of his relatives as well as friends had been arrested and detained previously for practicing Falun Dafa. 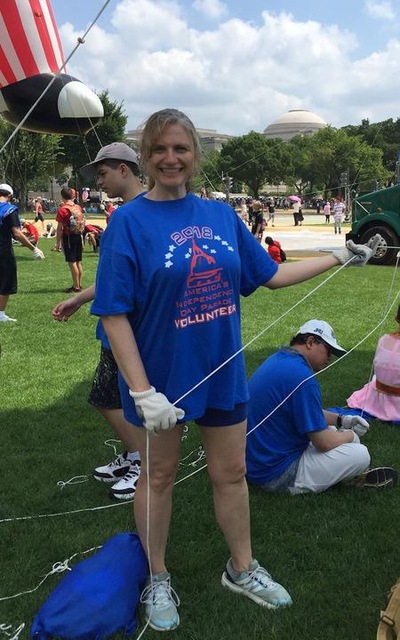 Kery Nunez said the principles of Truthfulness-Compassion-Forbearance gives her happiness and energy.

Kery Nunez, a resident in Virginia, said the communist party had extended the persecution to the U.S. Soil. “One time, someone from a pro-communist group placed a small poster that defamed Falun Dafa in front of the face of my daughter, a 9-year-old. Fortunately, police officers stopped that person because this is in the U.S.”

The practice of Falun Dafa helped Nunez to be honest with herself. “As I let go of negative thoughts and I try to be a better person, I found myself becoming happier with more energy,” she explained.

“Falun Dafa represents the traditional culture and it goes beyond nations or cultures. These traditional values apply to both you and me,” she added.

“Washington D.C. - Lotuses of Dafa Bloom in the Rain”