(Minghui.org) Falun Dafa practitioners in Montreal were invited to participate in the Canada Day Parade held on July 1, 2018, to celebrate the country's 151st birthday. Despite the sweltering heat, more than 100,000 spectators watched the annual tradition that dates back to 1977. 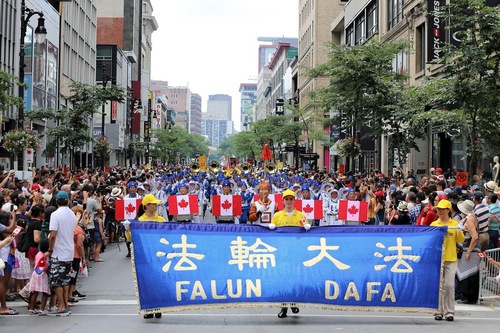 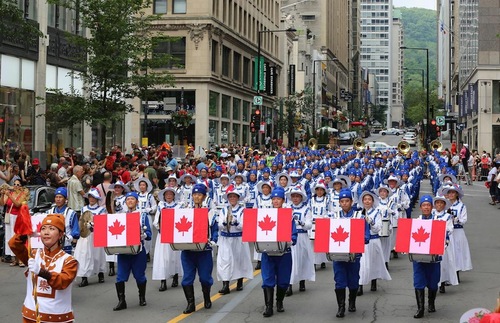 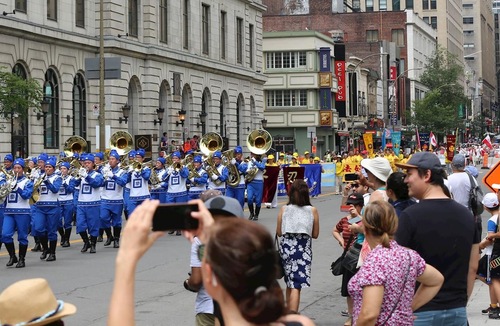 Falun Dafa contingent in the Canada Day Parade in Montreal 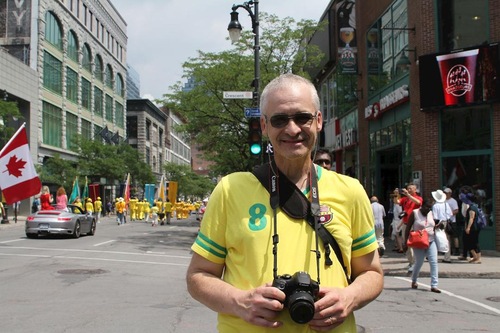 After David heard that Falun Dafa had been persecuted in China, he said he understood how the Chinese Communist Party (CCP) behaves and believed that more people should join together to stop the CCP atrocities and ensure people's freedom of belief and expression. 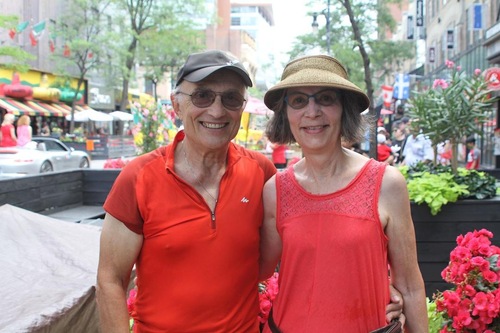 French immigrants Alain and Monique saw Falun Dafa practitioners in the parade for the first time. They thought the Falun Dafa contingent was beautiful, the Tian Guo Marching Band professional and disciplined, and their costumes beautiful, too. “We are grateful... We support you!”

A Vietnamese lady named Thi watches the parade every year and was happy to see the Falun Dafa contingent in the parade. She said she liked everything about the Falun Dafa group: “Their music, costumes, I like them very much,” she said.

Mr. Zhu, who immigrated from China, commented that the Falun Dafa contingent was “the most spectacular.” He said he had heard that the Falun Dafa group was the largest in many parades, and he witnessed it today. “The number of people, their momentum... it's all fantastic, powerful!” Mr. Zhu said with a thumbs-up gesture.

Ms. Liu from China and her daughter watched the parade. Ms. Liu said that she liked the Tian Guo Marching Band's performance and that the music was particularly heart-warming.

“Man Unrecognizable After Two Months of Detention, Still Made to Stand Trial”