Group Exercises in Berlin Call for Ending Persecution in China

Actor Vladimir Vilanov, who came from Russia, said that based on his experience in the former USSR, he understood the type of human rights violations the Chinese Communist Party (CCP) would commit to Chinese citizens.

“Even though they (Falun Gong practitioners) did nothing but just stand quietly doing the exercises, they bring attention,” commented Mr. Vilanov. “Falun Gong will prevail.” 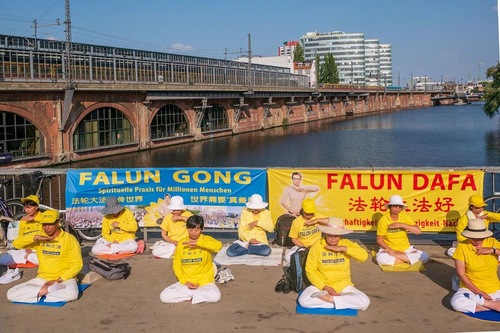 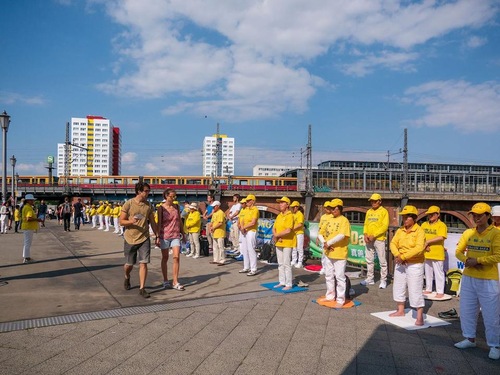 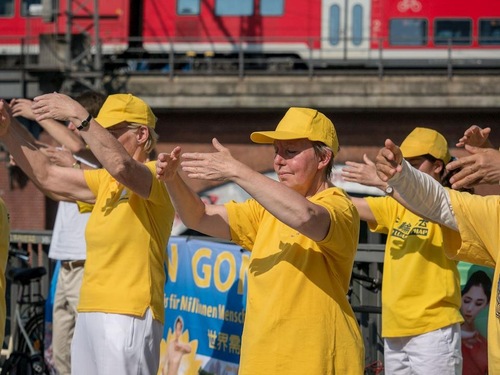 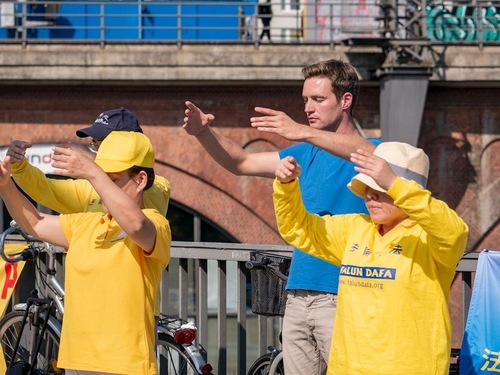 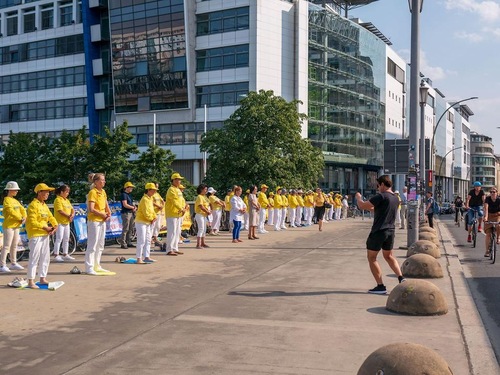 Falun Gong practitioners did group exercises near the Jannowitz Bridge across from the Chinese embassy in Berlin to protest the persecution in China. 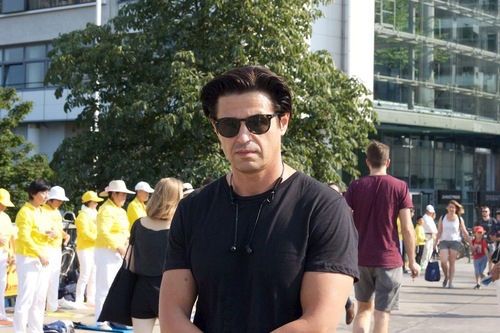 Falun Gong practitioners worldwide have been clarifying the facts about the persecution and Falun Gong since the persecution began in 1999 by peacefully protesting in front of the Chinese embassies and consulates, including in Berlin. Susc. Lkou Alexej has been doing so for the past four years. 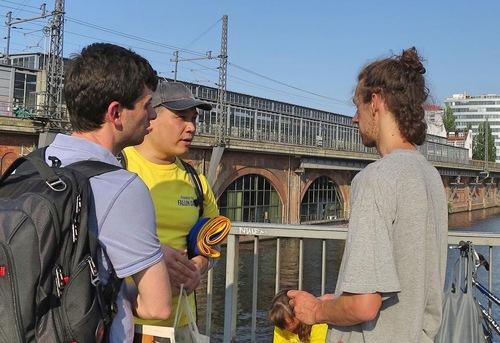 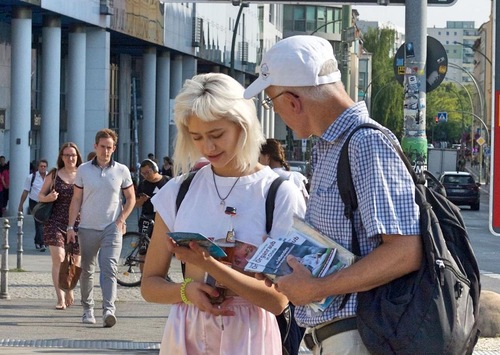 Mr. Alexej shared that he came to the Chinese embassy to protest the persecution and inform people in Berlin about the facts of Falun Gong.

Mr. Alexej said regarding the Chinese tourists who visit the embassy in Berlin, “Not all would take our materials, but they like to linger around us, read the banners, and observe us. Some had smiles on their faces when they left.”

“If mankind cannot maintain its basic morality, then it cannot secure a good future. People would harm each other all the time. We should join hands to end the persecution of Falun Gong. This is very important.”

Olga Bechtold has practiced Falun Gong for ten years. She said, “We are here to raise awareness of what's going on in China. Passing this message is very important to me. We need to tell people how severe the persecution is.”